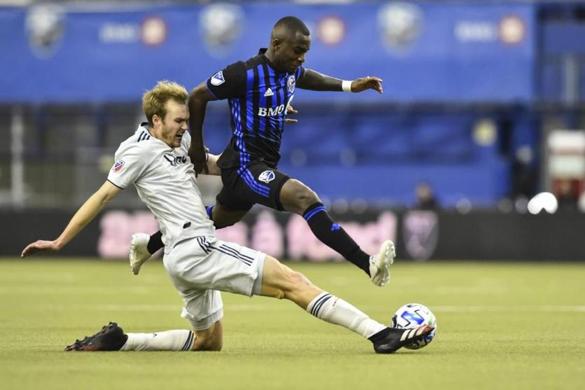 Montreal, which was led by Thierry Henry in his MLS coaching debut, played a scoreless draw Wednesday, but displayed no signs of fatigue. 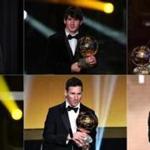 In Ballon d’Or race, Lionel Messi goes up by one on Cristiano Ronaldo 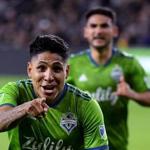 Seattle knows how to get to the MLS Cup final, and the Revolution hope to follow suit 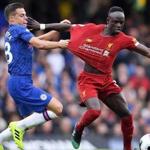 Jack Charlton, an uncompromising central defender who won the 1966 World Cup with England alongside his brother, Bobby, before coaching Ireland to its first major tournaments, has died. He was 85.

In a worst-case scenario, the CDC has said, major sports events might face cancellation.

Getting to know the Revolution’s ‘Big Three’

Charlie Davies takes over as analyst for Revolution games on NBCSB

The former Revolution and US standout replaces Paul Mariner, who will appear on select broadcasts.

The team with start its 25th season without Gil when the Revolution visit the Montreal Impact Saturday.

The regular season begins Saturday in Montreal, and Bruce Arena has added some talent to the roster.

The captain hasn’t played in the preseason because of a foot injury, and they can’t afford to go without him for a long stretch.

Mr. Gregg was called the “hero of Munich” for rescuing two teammates as well as a baby and her pregnant mother from the burning fuselage in the 1958 air disaster that killed 23 people.

The 17-year-old, with two goals vs. Colorado, is helping to dispel some stereotypes about New England talent.

The team is scheduled to depart Friday in preparation for the game against the Los Angeles Galaxy Feb. 10.

Christen Press and Samantha Mewis each scored a pair of goals as the US finished atop its group in the CONCACAF Olympic Qualifying tournament.

The opening of the $35 million facility coincided with the hiring of Arena.

Camara’s visa was denied, his contract voided, and though the team gave no reason, he reportedly has a prison record.

Revolution got their man in Virginia’s Henry Kessler

Bruce Arena jumped at the chance to grab the 21-year-old central defender with the N0. 6 pick in the recent MLS draft.

Liverpool and Nike close the deal on the clothes deal

The deal to move on from New Balance is worth a reported $39 million a year, but with superior marketing and higher royalties.

The Revolution added depth on the defensive side with three selections in the first two rounds of the MLS SuperDraft.

Revolution add a pair of defenders, goalkeeper in MLS SuperDraft

The Revolution began the the draft by selecting University of Virginia defender Henry Kessler with the sixth overall pick.

He will merely be trying to keep the team in contention for a Champions League berth.

Hans Tilkowski, the West Germany goalkeeper in the 1966 World Cup final against England, has died. He was 84.

The Patriots receiver, a Tottenham fan, has a great appreciation for the athleticism and artistry of the game.

A look back at some of the noteworthy figures from the world of sports whom we lost in 2019.

New England continued to address its backline depth with acquisition of 6-foot-4-inch Frenchman from Le Havre in Ligue 2.

Mr. Peters, a wide midfielder with good movement, an eye for goal, and an ability to cross the ball well with either foot, netted the second goal in the 1966 final that still remains the most cherished day in the history of English soccer.

Martin Peters, whose place in English soccer lore was secured by scoring one of the national team’s goals in its victory over West Germany in the 1966 World Cup final, died Saturday after a long battle with Alzheimer’s disease. He was 76.

“Poland has the best strikers in world right now,” Buksa said after joining the Revolution on a $4 million transfer fee.

Here are nine memorable stories in women’s sports in 2019

Some stories made international headlines. Some played out on a much smaller scale.

The Revolution will play both of Major League Soccer’s expansion teams next season.

The team, which does not yet have a name, will begin play in 2021 and can sign players immediately.

Following a $4 million transfer fee, Buksa will receive a salary of about $1 million, third highest on the team.

Mike Gordon was on board the private jet that skidded off a runway in Liverpool, but no one was hurt.

Kelyn Rowe’s career could be revived with Revolution

Back with his original MLS team, he will be playing for Bruce Arena, who gave him his first national team cap.

Veteran coach Bruce Arena said, “This is the best facility I’ve ever been in in my career.”

New England is scheduled to face the Impact on Feb. 29 at Montreal’s Olympic Stadium.

Kelyn Rowe rejoins the Revolution as a free agent

The versatile Rowe played six seasons with New England before being traded prior to last season.

Jose Mourinho off to fast start with Tottenham Hotspur

After sitting a year out, the new Spurs manager gets a pair of wins in his first week.

Kelly took over the program in 1988 and guided the Eagles to 13 NCAA tournament appearances.

The expansion soccer team will begin play in USL League One in 2020.

AS Roma, Italian soccer club owned by Mass. native, appears to be up for sale

The storied team is owned by Boston native James Pallotta, who has valued it at $1 billion.

The Revolution gambled in the MLS expansion draft, but it paid off

New England left Juan Agudelo exposed, but he was not selected in the MLS Expansion Draft.

Miami took defender Ben Sweat, a first-round draft pick by the Columbus Crew in 2014, with its first selection.

Inter Miami and Nashville SC can both add five players taken from around the league in Tuesday’s expansion draft.

Buttner’s experience with Ajax and Manchester United should serve him well in Bruce Arena’s system.

Lloyd scored in the first 10 minutes of a 6-0 rout as the US women’s team capped 2019 season with 23-match winning streak.

It was Seattle’s second title in four seasons.

The two surprise finalists are 1-1 in championship games and will settle the score in front of an expected 69,000-plus fans.

Carli Lloyd leads US women’s soccer in friendly vs. Sweden

Lloyd scored a pair of goals in 3-2 win Thursday night in Columbus, Ohio.