Harvard University on Wednesday suspended the prominent economist Roland G. Fryer Jr. for two years without pay and shut down his education research laboratory after an investigation found he engaged in unwelcome sexual conduct with multiple women in the lab.

The punishment derails the career of a scholar who, at 30, became the youngest African-American to receive tenure at Harvard. Fryer was also awarded a MacArthur “genius” grant in 2011 and the John Bates Clark Medal in 2015, given by the American Economic Association to the best American economist underage 40.

Now 42, he had been among the highest-paid employees at Harvard, earning $618,027, according to the university’s 2015 tax form, and his Education Innovation Laboratory, or EdLabs, had attracted funding from some of the biggest names in philanthropy, including the Broad, Pritzker, and Gates foundations.

His downfall came after multiple women alleged that Fryer discussed sex at work, sexualized female employees, and created a demeaning workplace at the lab for several years, according to an attorney representing a lab worker who filed a complaint. Fryer’s suspension was announced at a time when the university, like other institutions, has been reckoning with the prevalence of sexual harassment in the #MeToo era.

In an e-mail to members of Harvard’s economics department, Claudine Gay, dean of the Faculty of Arts and Sciences, noted that a review by Harvard’s Office for Dispute Resolution concluded that Fryer “engaged in unwelcome sexual conduct toward several individuals, resulting in the creation of a hostile work environment over the course of several years.” 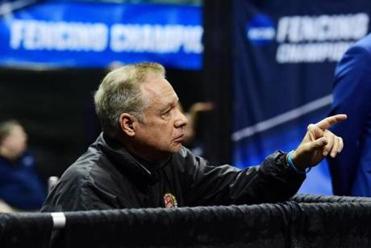 Harvard said Peter Brand violated the university’s conflict-of-interest policy by selling his Needham home to a wealthy businessman whose son was looking to apply to the university and fence on the team.

“In short, Professor Fryer exhibited a pattern of behavior that failed to meet expectations of conduct within our community and was harmful to the well-being of its members,” Gay wrote. “I was particularly upset to learn of the ways in which EdLabs members have been impacted, both personally and professionally. The totality of these behaviors is a clear violation of institutional norms and a betrayal of the trust of the FAS community.”

When Fryer’s two-year suspension is over, he will be barred from advising or supervisory roles, and will, at Gay’s discretion, be allowed to teach undergraduate classes monitored by a Title IX-trained individual, without access to graduate teaching fellows, Gay wrote.

Fryer will also be allowed to teach graduate classes, but not graduate workshops. After Fryer completes two years working under those strictures, Gay will decide whether to restore Fryer’s academic privileges, she wrote.

“I am deeply disappointed, particularly because the important and outstanding work of my colleagues in our economics research Lab has been forced to stop,” Fryer said in a statement. “Harvard has spoken. In due course, I will as well.”

George J. Leontire, a lawyer who has represented Fryer, released a statement saying: “Given the decision was rendered today, Professor Fryer intends to examine his options going forward.”

The women who were harassed have not spoken publicly, and a lawyer for one of them did not respond to messages Wednesday.

The New York Times reported that one of the women was a former Fryer assistant who received a text message from the professor after work hours that read, “Ur lucky ur not here. I would either tackle, bite u or both.”

Fryer told a Harvard investigator the message was a “same-race thing” with the assistant, who was black, according to the Times. But the woman said the comment was “not a thing that black people say to one another,” the Times reported.

In a letter published in the Times in December, Fryer apologized for making “bad jokes,” but denied retaliating against employees or fostering an environment where women felt alienated.

Fryer already had been barred in March 2018 from entering EdLabs, the research space devoted to closing the racial achievement gap, which he founded in 2008.

With the closure of the lab announced Wednesday, three full-time workers and one-part time employee will lose their jobs, according to a person affiliated with the lab. Harvard said they would be given a lengthy notice period and help finding other work.

Tanaya Devi, a former Fryer research assistant and fourth-year PhD student in economics at Harvard, said she was “stunned and disappointed” in the decision to suspend Fryer.

“Not only does it seem Draconian because it was based on off-color humor in the lab, but it also seems unjust that Dean Gay has decided to penalize his researchers,” who will have to scrap the studies they had been conducting with Fryer, Devi said. She said she had been working on several papers with the professor that will now be canceled.

“I continue to say Professor Fryer did nothing wrong,” Devi said.

Colby Bruno, senior counsel at the Victim Rights Law Center, which advocates for victims of sexual assault and harassment, argued that a suspension was not enough, and said Harvard should move to fire Fryer.

“Too many times in our society we are too lenient with people who ruin people’s lives,” Bruno said. “He created a hostile work environment, he sexually harassed a multitude of people, he does not deserve to be there.”

As dean, Gay cannot fire Fryer. Only the Harvard Corporation, the university’s board, has the authority to remove faculty for “grave misconduct or neglect of duty.”

Asked why Harvard didn’t terminate Fryer, Rachael Dane, a Harvard spokeswoman, said the university weighs multiple factors when deciding how to sanction professors, including fairness to the faculty member, a sense of proportionality, responsiveness to victims, and the prevention of inappropriate behavior in the future.

“The university believes that the sanctions in this case . . . appropriately take into account these factors,” Dane said.

Fryer had been celebrated as a pioneering and fearless economist whose work examining the racial divide in education and other areas sometimes yielded contrarian conclusions.

In a widely noted 2016 study, he found no racial bias in police shootings, an outcome that, he told the Times, was “the most surprising result of my career.”

In May, Harvard barred Jorge Dominguez, a onetime vice provost and noted Cuban scholar, from campus and off-campus events and stripped him of other privileges granted to retired faculty after a yearlong investigation found a pattern of sexual misconduct spanning four decades.

Several women had alleged that Dominguez grabbed their knees, pressed his crotch into them, and touched their buttocks when he hugged them.

In May, Harvard Law professor Ronald S. Sullivan Jr. lost his position as faculty dean of Winthrop House after a campus furor erupted over his planned defense of the accused rapist Harvey Weinstein.

Students have, over the past year, demanded an external review of how Harvard handles sexual harassment complaints, and the graduate students’ union has called for stronger sexual harassment protections in its first contract negotiations with the university.

In May, Harvard president Lawrence Bacow said the university would conduct an outside review to consider what organizational characteristics or culture at Harvard discourage people from reporting misconduct and whether there are barriers to effectively dealing with allegations.