Confidence is contagious if you’re selling a home in the Boston area. In 2016, the fifth year since home prices started rebounding after the ruinous Great Recession, single-family sales increased by double digit percentages for the state as a whole, according to Tim Warren, CEO of the Boston-based market tracking firm The Warren Group, publisher of Banker & Tradesman. “The feeding frenzy is back, with crowded open houses and multiple offers,” he says. “That has accelerated price increases in the communities closest to Boston.”

Accelerated them so much, in fact, that in several areas, medians have surged well beyond their pre-recession peaks. Cambridge, for example, has seen prices almost double, so a house that would have cost you $667,500 in 2005 set you back $1,315,000 last year. The numbers are continuing to climb: Arlington, Watertown, West Roxbury, and many more are at least 20 percent more expensive than they were just over a decade ago. Other communities, like Revere, Everett, and Lynn, Warren says, are “right on the cusp of having recovered all the way,” making big equity gains for buyers more likely over the next few years. He cites Somerville’s growth as an example of the attitude change that’s now coming to this and other undervalued communities. “Somerville used to be like Revere,” he says. “Now it’s more like Cambridge.”

“It’s the old story that all boats rise in a high tide,” says Jay Ash, the state’s secretary of housing and economic development. “Boston is the luxury liner, but all the smaller boats are rising as well.” 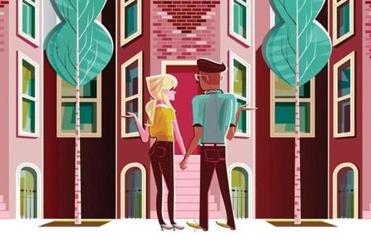 Where home prices are soaring in Boston

From Allston to Southie, these Boston locales are seeing the biggest price increases for single-family homes or condos.

With 3.5 miles of sandy beach just 20 minutes from Boston, two Blue Line stops, award-winning schools (surprised?), cultural diversity, and loads of room for development, Revere is an unpolished gem that’s just starting to shine. New condos, including luxury units, are being built, along with retail and restaurant space, both near the beach and on about 80 acres previously occupied by Wonderland dog track and Suffolk Downs. Starter homes that need work can be had for less than $200,000, and one day you’ll be able to say you got in on the ground floor. “Our beach, transportation, and schools overcome any image people might have about 1970s Revere,” says Mayor Brian Arrigo. “People think it’s the same old place, but it’s not. And it’s got the potential to change even more.”

Downtown Everett is No. 2 on a Boston-area “Hottest Neighborhoods of 2017” list by real estate brokerage Redfin. Like Revere, convenient-for-commuters Everett has changed quite a bit in the past few years, with the 2014 opening of the Batch Yard lofts in the old Charleston Chew factory and the new “fermentation district” adding nightlife near Santilli Circle. But the real change agent is the construction of a $2.4 billion Wynn casino, slated to open in 2019. Love the idea or hate it, it will change the face of the city forever. “Most people in Everett have a positive attitude toward [the casino],” says Mike Hayes, owner of Century 21 Advance in neighboring Medford. “Wynn has cleaned up a lot of property and the town is in better shape.” Get in now, though, or risk not being able to afford it.

“Lynn is one of those gritty blue-collar communities on the North Shore that are poised to move up a notch or two or three,” says the state’s secretary of housing and economic development, Jay Ash, who’s been boosting the city since 2015, when he, Governor Charlie Baker, and other officials formed a task force vowing to increase development there. Plans are already afoot for $650 million in improvements along the Lynnway and the waterfront, and with proximity to both Boston and Cape Ann and natural attractions like the 2,200-acre Lynn Woods, several residential-area ponds, and expansive ocean views in the Diamond District, you can definitely expect more good things for Lynn. Meantime, snap up a single-family for less than $300,000, and start brushing up on your DIY skills.

The impending Green Line extension is no doubt part of what’s driving price increases in Medford, but realtor Mike Hayes maintains that a strong sense of community is the city’s real draw. “There’s a lot of pride of ownership,” he says. And why not? Being bisected by Route 93 makes the entire city accessible, from Tufts University at its south end to Middlesex Fells in the north. With a reasonable residential tax rate of just $10.56, a more suburban atmosphere than adjacent Everett and Malden, plenty of restaurant choices, and the 1,800-seat Chevalier Theatre hosting a steady stream of quirky music shows, Medford offers a lot for middle-income families feeling squeezed by the high prices of Arlington and Somerville.

Despite all the development Somerville has seen in the past couple of decades, starting with the stunning transformations of Davis and nearby Porter squares and continuing with Assembly Row today, there are still a few bargains to be had. These are mostly condos and single-families in need of updating, many along the Green Line extension near Union and Magoun squares. And you’ll never lack for things to do. “If you like people, you’ll love Somerville,” says Stephen Mackey, president and CEO of the city’s Chamber of Commerce. “It’s the most densely populated city in New England, yet each part of it has a real neighborhood feel. All the squares have a very strong identity and a unique personality, because there are so many small, independent shops and restaurants and nightclubs.”

Waltham is yet another small city close to Boston that has held on to its working-class values while increasing its appeal to a broader population. “It still has a hometown feel,” says Mayor Jeannette McCarthy, “but it really does offer something for everyone.” Located between Interstate 95 and the Pike, it’s a commuter’s dream, with plenty to do right in town after a long day working in Boston. The Piety Corner Historic District contains mostly older single-families, many already renovated, while downtown is enlivened by the redevelopment of the old Polaroid site at the west end of Main Street and sleek Moody & Main at the east. McCarthy admits the school system still has weak spots, but in 2015 hired a superintendent who’s “attacking the problems from all sides” — good news for families priced out of neighboring Newton and Lexington.

For many Lexington residents, the school system is the town’s number-one attraction: It’s consistently near the top of any list that measures such things, including GreatSchools.org, which gives it a 9 out of 10 score. The town’s robust recreational programs, from softball to summer camps, appeal to families. But singles and empty nesters can also enjoy the Arts and Crafts Society, concerts at Cary Hall, free music on Friday nights near the visitors center, and more than a dozen restaurants. Finally, says Theresa D’Antuono, co-owner and broker at Grant Cole Realtors, “a lot of people live here for the history.” She cites the excitement of the annual Paul Revere’s Ride and battle reenactments around Patriots Day and concludes, “It’s really a neat place to be, no matter how old you are.”

Despite having three commercial hubs — Belmont Center, Waverly Square, and Cushing Square — Belmont essentially remains a bedroom community just minutes from Cambridge. “It’s a quiet little hamlet,” says Town Clerk Ellen O’Brien Cushman. “Belmont is one of those places where people who grew up here want to return after college.” It has Fresh Pond on one side and conservation land on the other. The schools are good — three are among the state’s top 25, according to the website

Niche.com, which compiles rankings using US Department of Education statistics. A diverse if somewhat pricey housing stock adds to Belmont’s allure, and a sense of belonging pervades the town, Cushman says. “I love that I can walk down the street and people will say hello even if they don’t know me,” she says. “It’s pretty easy to find a place to fit in.”

It’s still possible to find small fixer-uppers (or teardowns) in Winchester for as low as $625,000, but the majority of homes currently listed will go for well over $800,000 and as high as $3.5 million in chichi Myopia Hill, where grand mansions were built at the turn of the last century as summer retreats for Boston’s elite. The town center is lively. “Things used to close up by 9,” says Mary Price, a realtor with Better Homes & Gardens The Shanahan Group, “but not anymore.” The restaurant and tavern scenes are bustling in part because of the Waterfield Kitchen and the First House Pub, which both opened in 2015. There’s also a weekly farmers market from June through October, events around the town common, and, as expected in this price range, top-notch schools. “It has a small-town community feel that’s energizing,” Price says. “It really is.”

Of all the cities and towns in Greater Boston, Cambridge appears most often in our annual Top Spots issue. And if you can afford it, it’s easy to see why: Everything’s at your fingertips in terms of city living — shops and restaurants galore, pockets of green space, fantastic public transportation, the placid beauty of Fresh Pond and the Charles, and, of course, two of the most important universities on the planet. But according to Arthur Horiatis, a realtor with Tory Row on Mass. Ave., Cambridge’s best quality is its people. “I can’t tell you how many times I’ve been sitting in a restaurant and before you know it you’re talking to some interesting, unique individual who could be from anywhere in the world,” he says.

“Starter homes are getting harder and harder to find in Wellesley,” concedes Maura O’Brien, president of the Wellesley Chamber of Commerce. “The current market is for larger houses with lots of amenities.” What you get for your dollar is convenience to Boston, a half-dozen boutique-heavy shopping areas, beautiful streets, a well-run town government, and great schools. Plus lots to do. “People get very involved here,” says Chrissie Lawrence, an agent with Rutledge Properties on Washington Street. “Our local phone book has three pages of organizations and clubs in town. What’s unusual about Wellesley is there’s a commitment that’s kind of contagious, and that allows you to really get to know your neighbors.”

Newton’s college-education rate is almost triple the national average and its median household income more than double the rest of the country. Its schools are among the best in the Boston area; its streets are leafy, its housing stock graceful, its village centers numerous. But all that doesn’t mean you’ll never be able to afford it. Mayor Setti Warren has unveiled a housing strategy for the next two decades, and it includes a fair share of lower-priced units. “It’s incredibly important that we diversify the housing stock,” says Warren, “so that moderate-income people can move here, stay here, and age in place here. That will mean an even stronger, more successful city.” Meantime, you may be surprised to hear that realtor.com currently shows five condos and single-families for less than $500,000. The good life may be closer than you think.

> Other hot town for single-families in this price range: Brookline, $1.620 million

Elizabeth Gehrman is a frequent contributor to the Globe Magazine. Send comments to [email protected]. Follow us on Twitter @BostonGlobeMag.
Loading comments...
Most Popular in magazine
Real journalists. Real journalism. Subscribe to The Boston Globe today.