Recently, I received an unusual proposition. It was benign on its surface: a friend’s invitation to a small, celebratory dinner at a swanky restaurant. But at the bottom was a request: “Please keep the evening cellphone- and social-media-free so we can enjoy to the fullest.”

Had she gone nuts? How would we hashtag our meal? Did we really consume that artisanal charcuterie platter if nobody knew we did? And did this mean I didn’t have to dress up?

My friend’s antisocial stipulation was twofold. On one hand, she wanted people to focus on their food instead of on their feeds. She also wanted to avoid jealousy among people who would learn about the small party on social media, having been on the receiving end of sad scrolling spirals herself.

Maybe she’s on the cusp of a healthy new wave: the Post-Posting Era. After all, even the doyenne of voyeurism, Vogue editor Anna Wintour, reportedly banned social media at her Met Gala this year.

Social media’s link to jealousy and depression is well-chronicled, and the recent holidays — when all sorts of unsavory emotions bubble forth anyway — amplify it. According to a study out last month by Caron Treatment Centers, 68 percent of adults who use social media tend to only share happy updates, and one in three social media users ditch it entirely this season. Using social media to promote everyday events fuels the rabid, fruitless craving for self-actualization, say those who’ve shaken loose from its shackles. 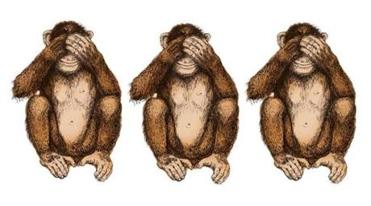 Tips for an online age: What not to share

These days, sharing has graduated from the intimacy of a simple person-to-person gesture into something more like a public performance.

Brookline relationship therapist Elliott Kronenfeld has witnessed the backlash in his practice among clients suffering social media fatigue, their self-worth so entangled with imaginary virtual lives that they’ve lost any sense of true intimacy. Now, instead of encouraging people to reframe their self-confidence, he encourages them to abandon the medium itself.

“I do an enormous amount of work helping people unplug, learning how to be curious about each other again, to learn to be intimate, and to be intentional,” he says. “Why don’t you try to meet someone in a non-electronic format? Why not find out what real living is like?”

It’s not just a professional strategy. Craig Caplan, a Peabody father of teenagers, maintains a social-media-free “man cave” in his home. All visitors must dispose of their phones in a basket decorated as a garbage can before entering, like a speakeasy for the digital age.

“I totally enforce it. If people are coming over, and I’m giving them booze and fun, all I ask is that you’re really in the room with me. People are addicted to it. They’re more interested in who’s on Facebook than in reality,” he says.

For the most part, Caplan’s guests obey and feel better for it. “But some people claim they need their phones to check on their kids, which is baloney,” he says.

Boston-based artist Julie Beck hosts ladies’ nights that have become a salon for groups from various industries and walks of life, but you won’t hear about it later. She has one steadfast rule: no social media. The result? A party where people can actually be themselves.

“I don’t think people can be 100 percent comfortable when they feel people might be taking pictures of them. Social media has this deal with this magical persona of yourself. You’re only seeing people’s best selves, and it makes people feel really self-conscious. I don’t want them to get their photo face on. I want people to let it all hang out and come in their pajamas if they want,” Beck says.

These rules are about more than cozy pajamas. In the slippery world of digital etiquette, posting fuels a kind of jealousy whose wrath outweighs the most pristine Instagram snap.

Take, for instance, Michelle Giuliana, a Wilmington mom of a tween who hosted a birthday party for her daughter and banned all smartphones.

‘I totally enforce it. If people are coming over . . . all I ask is that you’re really in the room with me.’ Craig Caplan, of Peabody, on entertaining people in his man cave.

“They broke me within the hour. Immediately, I had several requests to call home, one of them was homesick, one of them had to leave a message for her parents. They were coming up to me asking for my WiFi password, which I don’t have memorized, then someone found an open network,” she says.

Word got out about the party anyway — leading one non-invitee to send Giuliana’s daughter a scathing message laden with angry emojis.

The jealousy extends to adults, says Leominster’s Mandy Roberge, who initiated a multi-family trip to Maine without devices. Her 11-year-old cried when she heard the edict.

“When I pushed her on it, she wasn’t upset about not having her iPad. She was afraid the others were going to hate me,” Roberge says. “But it was a little social experiment that turned out awesomely.”

The kids played and did puzzles, and the adults were truly present. The trouble came later, when it came time to revel in the afterglow on social media by, well, posting photos.

“Posting this after the fact was an issue. To our friends who weren’t there, it looked like this big amazing fun they weren’t invited to,” Roberge says. “But you can’t invite everyone you know to the middle of Maine. I still haven’t figured out how to navigate it. I prefer things to be left off social media. It just complicates things and leaves people with hurt feelings.”

“I find myself seeing the world through a screen and not my eyes so I’m taking this opportunity of me not having to be anywhere or do anything to travel the world and see everything I’ve missed,” he announced — on social media.

But maybe we’re reaching the point where abandoning social media no longer calls for a dramatic farewell; it’s simply an integrated part of a balanced social life.

I felt it firsthand. My friend’s dinner was lovely. I don’t remember what I ate, but I remember who I met.

Kara Baskin can be reached at [email protected] and on twitter @kcbaskin
Loading comments...
Most Popular in lifestyle
Real journalists. Real journalism. Subscribe to The Boston Globe today.