Five hundred years ago, cities were both smaller and more autonomous, their citizens happily exempt from the laws and obligations of the feudal countryside. Today, the situation is reversed. Roughly three-quarters of the developed world is urbanized. The bigger, richer, and more numerous that cities have become, the more their power has been absorbed by both nation-states and supranational bodies, like the European Union.

That may be changing, however. Since the world financial crisis, government leaders have been increasingly talking about devolution, or the transfer or delegation of power to a lower level. And those conversations are increasingly moving from the theoretical to the practical.

Next year, representatives from 50 major cities across the globe will convene to address what many see as the political underrepresentation of the urban world. Unlike existing organizations such as the C40 Cities Climate Leadership Group, the Global Parliament of Mayors won’t be limited to a single issue and it won’t just be another brainstorming session, organizers promise. “We’ve already shared practices, but we have not enacted a common policy,” says urban theorist Benjamin Barber, who first proposed the GPM in his 2013 book, “If Mayors Ruled the World: Dysfunctional Nations, Rising Cities.”

The idea behind the group is to harness cities’ collective power to bargain on issues of importance to urban dwellers — and the potential is huge. They could use their collective municipal police budgets, which account for nearly a quarter of US firearm sales, to win concessions from gun manufacturers. They might establish stricter agreements on greenhouse gas emissions (80 percent urban in origin, globally). They might create a common system of identification for undocumented workers, bypassing the American gridlock preventing congressional immigration action. They might found a global urban political party.

Or, much like Congress on these issues, they might do nothing at all. Skeptics argue that the GPM threatens to add, not subtract, from the bureaucracy that makes it difficult for civic leaders to do their jobs. Some argue that mayors need more basic authority before lending it to others. Referring to Barber’s book, Harvard law professor Gerald Frug notes, “The more useful title would be ‘If Mayors Ruled Their Cities.’ ” 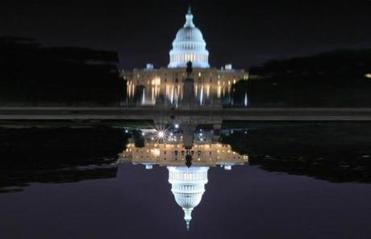 Vote all you want. The secret government won’t change.

The people we elect aren’t the ones calling the shots, says Tufts University’s Michael Glennon.

Indeed, the cities represented at the GPM may be able to make promises to one another, but can they fulfill them without the cooperation of higher levels of government?

Whether or not the mayors of the world unite, their search for leverage outside the nation-state poses interesting questions about the power of cities. Does interest in the GPM reflect urban hubris or the nation-state’s dysfunction? Do cities really have a chance of wresting more power from higher levels of government?

Before nation-states subsumed them, the comparative sovereignty of cities helped attract population and wealth, weakening the systems of feudalism, monarchy, and empire. (It is easy to forget that the Boston Tea Party, now remembered as a moment of national history, began as a highly local affair.)

The rise of the nation-state curtailed urban autonomy in many ways, but in recent years — as Greece’s current plight reminds us — nation-states have themselves lost a measure of control over their destiny. And it appears that cities are stepping into the breach.

Failing to obtain democratic reforms, activists in Hong Kong have taken to demanding outright autonomy. In recent weeks, the British government has announced plans to devolve power and funding to local city authorities, an event The Financial Times heralded as an “English revolution.” Mayors from five dozen cities met at the Vatican last month and pledged to combat climate change and mitigate its impact on the poor. In the United States, more than 200 cities have passed laws in recent years preventing local police from detaining suspects at the sole request of federal immigration authorities. One of the oldest prerogative of cities, after all, is to determine who lives in them.

Another is to ensure they are livable at all. Next year, the United Nations will meet to produce a common global strategy on urbanization. Like other recent international summits, Habitat III is expected to recommend decentralization of power to cities in the developing world, a shift already in progress. At the Financing for Development Conference in Addis Ababa, a global meeting usually dominated by national agendas, attendees recognized that “expenditures and investments in sustainable development are being devolved to the subnational level.”

Not just growth but recession has fueled the politics of devolution. In a recent book, “Metropolitan Revolution,” Brookings Institution scholars Jennifer Bradley and Bruce Katz explain that as federal assistance slowed during the Great Recession, American cities and metro areas began to self-finance housing, infrastructure, education, and technological development to a degree unseen since the 1960s. Cities unable to do this, most notably Detroit, have lost control of their finances. Better-off cities have only grown more integrated into a global economy of other prospering metropolises.

The financial crisis strained relations between municipalities and national governments abroad as well. London’s relatively quick recovery spurred a successful campaign for local fiscal devolution in 2013, now being implemented in other large English cities. In Italy and Spain, economic recovery has been slower, but the story is similar. While Rome struggles to collect trash and to rehabilitate its fire-ravaged airport, residents of wealthier Venice have protested that their city pays more than $20 billion in federal taxes than it receives in goods and services. Last year, 2.1 million Venetians (89 percent of those participating) voted in a nonbinding referendum for independence. Like Venice, the wealthy Spanish region of Catalonia, dominated by Barcelona, pays far more in taxes than it receives in services. Last November, the local government held a nonbinding referendum on independence in defiance of Spain’s highest court. Over 80 percent of participants said yes.

Urban regions that hope to modernize once asked for state and federal grants. Now they now act as investors, offering seed capital to tech firms to develop products and services that will be consumed predominantly by similarly sized cities.

Urban regions that hope to modernize once asked for state and federal grants. Now they act as investors, offering seed capital to tech firms to develop products and services that will be consumed predominantly by similarly sized cities. They have begun jointly planning and funding such projects, directly binding together their interests, along with those of large multinational tech companies such as Google and IBM, in ways inconceivable before the digital age.

Some worry that aspiring “smart cities” are simply trading their dependence on higher levels of government for an agenda dominated by the private sector. “To the extent that technology is being used in smart cities,” says Barber, “it deflects from the real issue of political will.” That is, mayors can easily find support for smart parking meters, but in the process, they may make it harder to achieve their own traffic reduction goals. All the more reason, Barber argues, for cities to work together to lead the smart city movement, rather than individually serve as its clients.

Especially, after all, because the champions of localism often care most about technology for its democratic implications, good and bad. In his book, “The End of Politics: And the Birth of iDemocracy,” the British parliamentarian Douglas Carswell makes the case that the digitalization of government services will enable and encourage greater self-organization among local communities worldwide, making the city-state model viable once again. At one time, pro-independence activists found it difficult to gauge public support. By contrast, the devolution and secession movements of recent years have used online polls to give themselves legitimacy in advance of actual elections.

Besides money and technology, political demography may help determine whether the cities of the future are run more like the city-states of the past, forming political alliances at the expense of regional powers.

When the United States was established, only 5 percent of the population lived in cities. The authors of federal and state constitutions gave little thought to the possibility of cities enjoying a path to statehood, or even greater autonomy within their states. Today, 70 percent of Americans live in cities of 50,000 or more, and nearly 10 percent more in smaller “urbanized areas,” according to the 2010 Census. Consider Massachusetts: At the time of the Tea Party, about 3 percent of the state’s population lived in Boston. Today, it’s 67 percent.

The growth of cities carries consequences for the entire political system. Many political scientists believe that it is not voters who have made cities more liberal, but the reverse: Living in high-density areas encourages a more liberal set of attitudes, an effect that may grow even more pronounced in our age of smart growth. As researchers at MIT and UCLA demonstrated last year, nearly all American cities of 250,000 or more now vote for Democrats more consistently than the nation as a whole. While we talk about red and blue states in national elections, that distinction isn’t necessarily the important one. Regardless of their state’s overall hue, the percentage of rural voters represented by House Republicans, and in cities by House Democrats, has grown sharply over the past 15 years. “The difference in this country is not red versus blue,” the director of the New Hampshire Institute of Politics at Saint Anselm College, Neil Levesque, told The Wall Street Journal last year. “It’s urban versus rural.”

In Texas, this divide has produced a showdown lately, as state leaders attempt to overturn local municipal regulations on plastic shopping bag use and fracking. Conversely, many cities across the nation have simply resisted state or federal policies on immigration and drug enforcement. Such conflicts are the product of a federalized political system slow to recognize the power of the urban electorate. If the “blue city, red state” trend continues, it will likely produce a string of legal battles over the limits of local power. It may also produce a party realignment. The latter may be portended in the recent support that American conservatives have shown for the New Urbanism movement.

In Asia, projected to have its first urban majority in the next five years, the growth of cities has also encouraged national governments to devolve power to local representatives. In June, India’s prime minister announced a scheme to “end the top-down approach, and lead to people-centric urban development” for the first time in the nation’s history. Malaysia is now mulling its own decentralizing schemes. Even Beijing is grappling with whether to end a longstanding policy that confers greater privileges to China’s registered urban dwellers than to temporary residents.

The trends toward devolution and decentralization of power stem not from the wishes of national leaders (though some approve), but from local politicians and ordinary citizens who feel, rightly or wrongly, that their growing numbers and economic clout demand a change in governance. If the nation-state cannot answer this frustration, a global urban party might not be as far-fetched as it sounds.

• Should the government pay you to be alive?

• Q&A: Vote all you want. The secret government won’t change.

• The city is an ecosystem, pipes and all