A small nonprofit group that assesses the value of medicines — and proposes a fair price — is quickly gaining value itself.

For the past two years, the Institute for Clinical and Economic Review has issued high-profile reports assessing the worth of pricey new drugs for treating hepatitis C and high cholesterol, among other conditions. It argued last fall, for instance, that a pair of new cholesterol drugs would be more cost-effective at about $2,100 a year, not $14,100.

The Boston organization, funded by foundations as well as drug makers and insurance companies, has no power to actually drive down costs, but it is influential nonetheless. Notably, insurers are citing its reports in price negotiations with the pharmaceutical industry.

No one else, not even including the federal government, provides this kind of in-depth information for so many different types of medicines.

Consequently, ICER is becoming a de facto arbiter for the nation’s medicine chest. 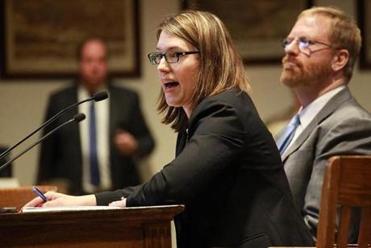 “ICER is an innovative but important experiment,” said Lou Garrison, a University of Washington health professor who specializes in pharmaceutical economics.

“But it’s too early to tell if it’s a good thing. For the most part, they adhere to [accepted research] standards. But it’s a private organization. So what kind of accountability will it have to the public, payers, and manufacturers?”

This is a fair point, but like it or not, ICER is, for now, filling a void that needs to be filled.

Unlike the United Kingdom, for instance, the United States has no government agency that assesses whether a medicine is cost-effective. And while some drug makers and insurers run their own models to determine value, ICER moves quickly, and its results can pack more punch.

“They have a Johnny-on-the-spot approach just when drugs are about to reach the market,” said Craig Mattson, senior director of formulary development at Prime Therapeutics, a large pharmacy benefits manager that negotiates prices for drugs on behalf of companies, unions, and others.

There is grumbling in the pharmaceutical industry, though, that ICER is doing the bidding of insurers by trying to drive down prices.

ICER “cherry picks data” and is “cooking the numbers . . . to get the desired outcome,” policy analyst Robert Goldberg wrote in a blog post last week. He’s cofounder of the Center for the Public Interest, a think tank that is backed, in part, by drug makers.

Late last month, one drug maker took the unusual step of publicly chastising ICER. In advance of an ICER meeting to review bone cancer drugs, Amgen issued a statement that accused the group of using “opaque methods” to review and assess medicines.

Others complain ICER’s findings are not easily replicated and that its reports are not peer-reviewed.

The criticism doesn’t surprise Dr. Steve Pearson, who heads the nonprofit. He said ICER tries to be transparent.

“Whenever an independent entity takes a hard look at data, there’s going to be tension,” he said. “But this isn’t about trying to kill or punish the drug industry. We want to ring an alarm bell if we think short-term budget costs are going to rise and it would harm the national economy.”

ICER received $3 million this year from the Laura and John Arnold Foundation, which is funding several ambitious projects to examine drug pricing. That’s about 60 percent of ICER’s $5 million budget. Most of the rest comes from drug makers, insurers, and government grants.

ICER has actually been assessing health care costs for about a decade, but only began evaluating drugs two years ago, when new hepatitis C treatments suddenly emerged. The nonprofit quickly made a splash with a draft report that declared Sovaldi, a Gilead Sciences medicine, wasn’t worth the list price of about $84,000 a year.

Ever since that episode, some of its methodology has been questioned. Assessing cost-effectiveness and the impact that new drugs can have on payer budgets is standard stuff in health economics, but ICER has been criticized for also emphasizing economic assumptions about the extent to which medicines may be affordable to consumers.

Whether ICER can placate disgruntled drug makers and other naysayers remains an open question.

ICER will have to prove its model is an acceptable go-to standard for assessing value before it can become a pharmaceutical version of Underwriters Laboratories, which seeks to validate all sorts of products.

Nonetheless, there is certainly demand for a credible and transparent group to produce estimates that everyone can consider valid. And government involvement may not be an effective alternative, given that any commission set up to deal with drug costs would be buffeted by political pressure.

ICER may not offer the best way to determine what a medicine is worth, but there is certainly value in testing its approach.