In "The Hobbit," Tolkien describes the journey of Bilbo, Gandalf and 13 dwarves who travel to the Lonely Mountain to reclaim the dwarvish homeland and treasure stolen by the dragon Smaug. Using "The Hobbit" and other writings by J.R.R. Tolkien, director Peter Jackson stretched the story into three films; in film one, "An Unexpected Journey," the Company's quest takes them as far as the eastern side of the Misty Mountains. 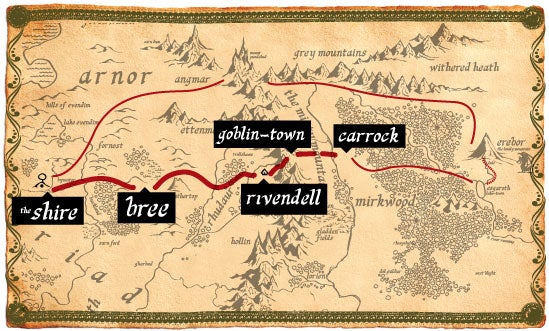 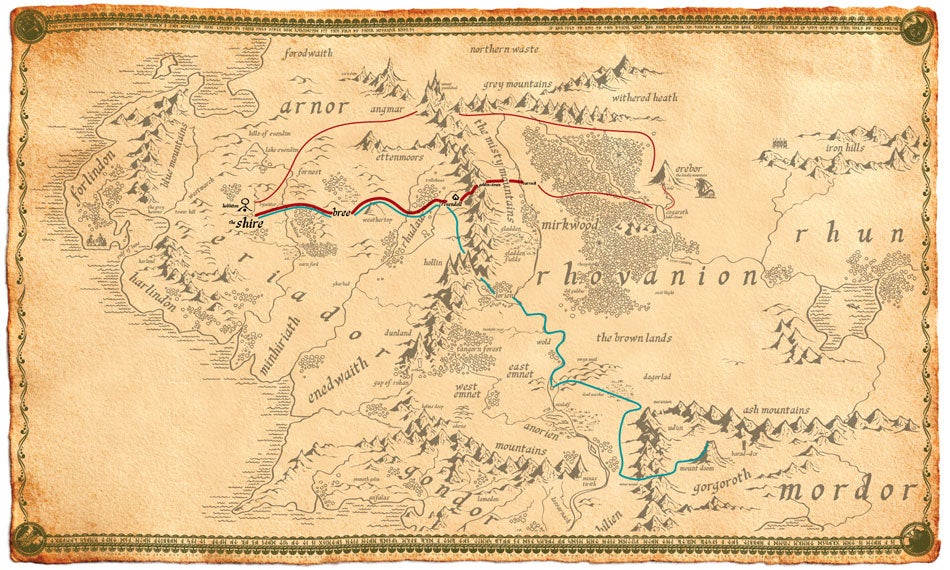 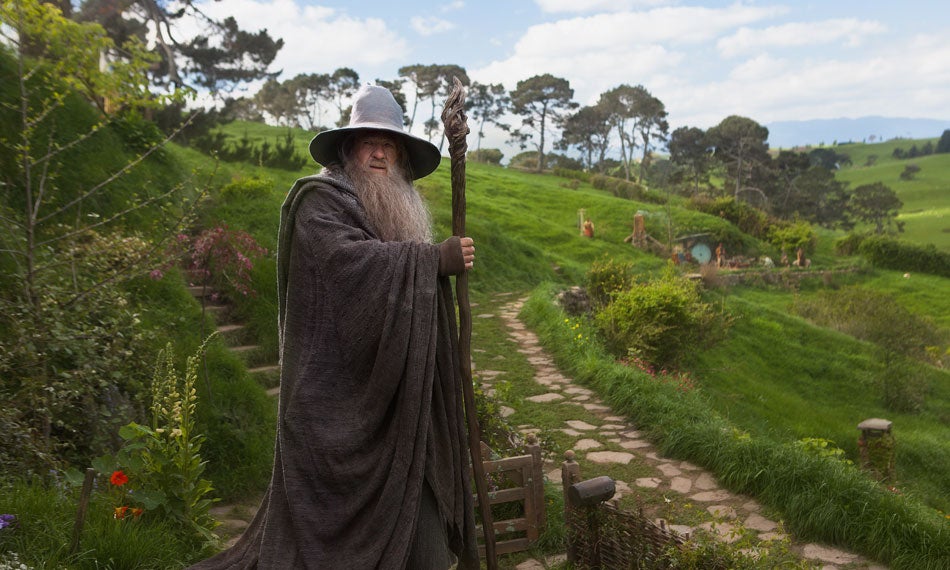 The Shire
This is the place where Hobbits live, a peaceful bucolic land, with green valleys and small houses, or "hobbit holes," built in the hills. Bilbo lives in the village of Hobbiton, where his journey begins when Gandalf knocks his door and Thorin and his dwarves arrive to take him on their quest.
Back to map 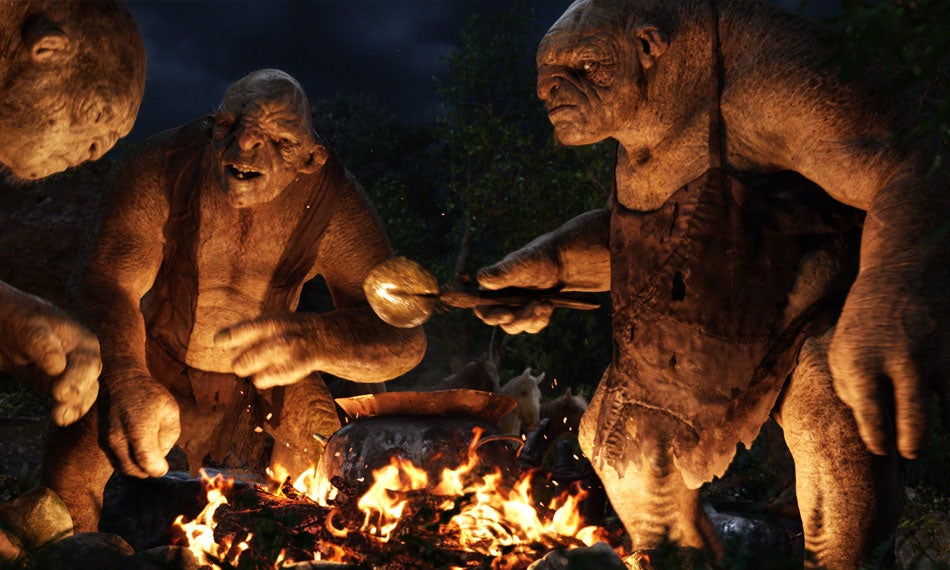 The Trollshaws
Just before arriving in Rivendell, Bilbo and the dwarves enter The Trollshaws, a patch of woods west of the Misty Mountains. Here they encounter a trio of stone trolls named Tom, Bert and William.
Back to map 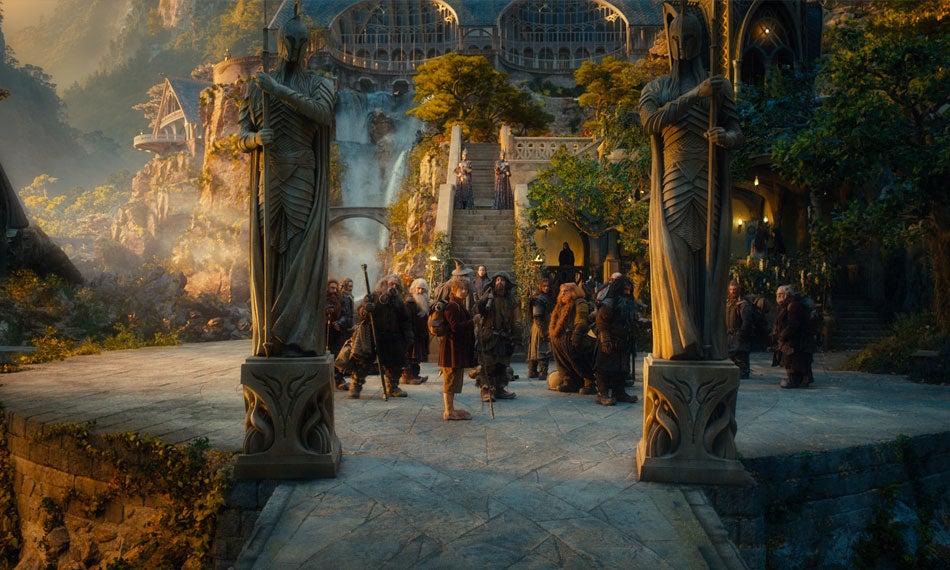 Rivendell
An Elvish outpost in Middle-earth, Rivendell is the House of Elrond, king of elves. Located at the edge of gorge in a hidden valley, and therefore hard to find. One of the most beautiful places in Middle-earth, this is the center of Elvish culture.
Back to map 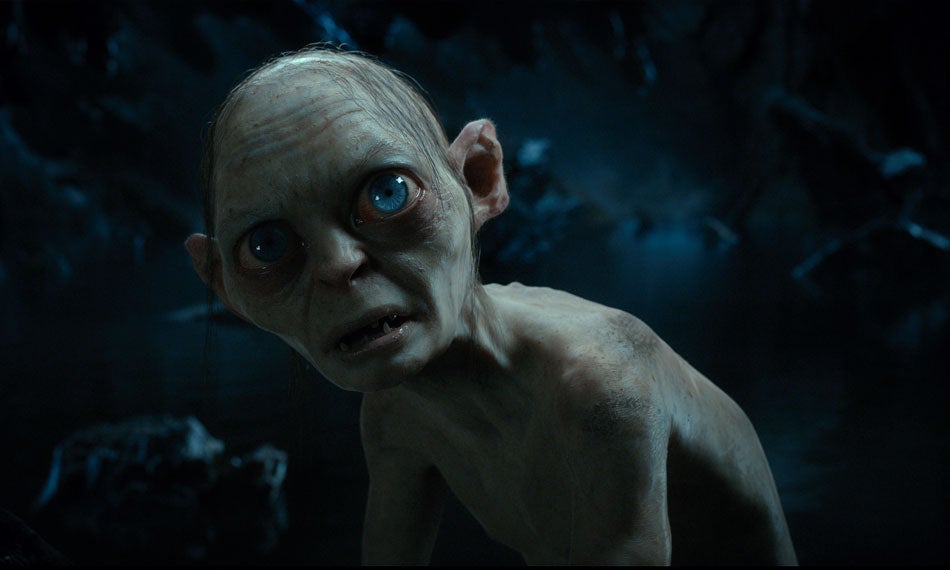 The Misty Mountains and Goblin Town
A goblin hide-out deep in the Misty Mountains, Goblin Town is ruled by the Great Goblin. In these tunnels and caverns, Bilbo becomes lost, then finds the One Ring and Gollum, an encounter that becomes the key of "The Lord of the Rings" story.
Back to map 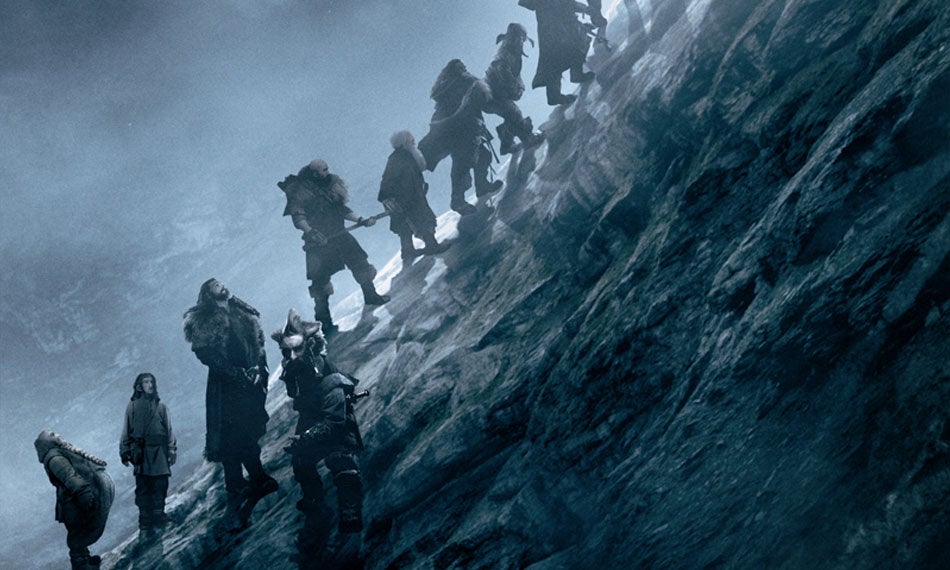 Carrock
This enormous rock in the upper reaches of the River Anduin is where the eagles deposit the Company after their escape through the "back door" of the Misty Mountains.
Back to map
Characters