Don’t be fooled by Boston’s changing skyline and new-found love of beer gardens.

In too many ways, this city is still trapped in the past. For proof, just look at the male-dominated Boston Police Department and its calcified, boys club culture.

In four separate lawsuits, reported on by the Globe’s Meghan E. Irons, women describe a hostile work environment in which they were passed over for crucial assignments or faced retaliation when they complained about how they were treated.

Women represent just 13 percent of the department’s nearly 2,200 sworn officers. That’s far below the 17 percent average in jurisdictions of 250,000 and more, as reported in the most recent law enforcement survey by the Department of Justice. Also in Boston, there are currently just three women on the department’s 24-member command staff – and one of them is the mayor’s cousin.

Mayor Marty Walsh acknowledges that the data optics are bad. But he says he has faith that Commissioner William Gross, the department’s first black leader, embraces a change agenda. “I’m committed to making sure we have women at the highest levels of leadership in the Boston Police Department. . . . No obstacles should stand in their way,” Walsh said in an interview. Added Gross, in a separate interview: “Under this administration, we are heading in the right direction.” 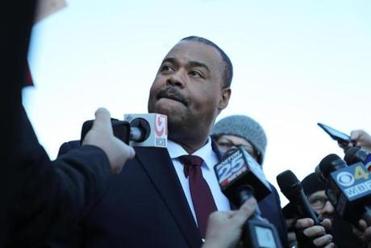 Four lawsuits in state and federal court offer perspective into the male-dominated police department, where few women are part of the command staff or hold key leadership posts.

In 2019, heading in the right direction isn’t enough. Boston needs to supercharge its diversity plans. And not just with the police. With only 17 women out of 1,500 active firefighters, the Boston Fire Department has also been blasted for a male-dominated, locker room culture.

What’s needed is a sweeping blueprint for change, said Chuck Wexler, the executive director of the Police Executive Research Forum, a Washington-based organization dedicated to improving the professionalism of policing. “Like with so many issues in policing, it is all about strong leadership at the top that makes it clear that this is a priority,” said Wexler. “Mentoring and identifying women to promote to positions that will prepare them for top positions is important. Getting folks out of their comfort zone and setting goals and expectations. Sending them to outside programs. Effective departments have done this with minorities, and this has to happen with women.”

Details like that are lacking in Boston. Gross said he doesn’t have a target for increasing the percentage of women and does not believe in comparing Boston’s numbers with those of other cities. Putting out the message that the department is open to all is his priority.

Walsh said he has been working to diversify the BPD since he was first elected, in 2014. In 2015 he brought back the cadet program, which is currently 31 percent female. The aim is to increase that to 50 percent by July. In 2017, the police department also hired a diversity and recruitment officer. Walsh also noted that, until recently, there were six women on the command staff. The number went down due to retirements and injuries, and he is working to add more women to the promotion mix.

Sometimes change comes only from a lawsuit, said Cathy Lanier, the first permanent female chief of the Washington, D.C., police force, who is now vice president of security for the National Football League. As a sergeant back in 1997, Lanier filed a sexual harassment complaint against her department. The harasser was demoted and eventually fired, and she went on to rise through the ranks and become chief in 2006. To make change happen, she said: “The real message has to be strong policies against bias and harassment and a strong reaction when people violate them.”

Indeed. That message is needed to change the foundation of a Boston police department mired in the past.