No doubt, Governor Charlie Baker’s housing bill would be a positive first step, breaking down a real barrier to new construction in Massachusetts cities and towns.

Every major real estate and housing group supports the bill, including the Massachusetts Municipal Association.

But not everyone else is on board, especially in the housing advocacy community, because the legislation doesn’t go far enough. As this editorial page wrote earlier this year, Beacon Hill should be crafting a transformative bill that would not only overhaul antiquated zoning laws but also weed out frivolous appeals that gum up permitting, require towns to at least make some provisions for multifamily housing, and allow cluster zoning to permit developers to build denser housing.

The House of Representatives has shown no appetite for that, so supporters of deeper reforms are now faced with a tricky political decision: whether to take a half-loaf now (okay, more like a 10th), and hope for more later, or to hold out for more.

The downside of approving the governor’s proposal in the final days of the informal session is that it could make it harder to get anything more. That’s too often how Beacon Hill works: Once the Legislature tackles an issue, it doesn’t want to hear about it again. What should be a first step could wind up as the only step. 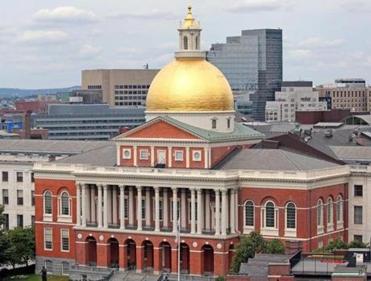 The slow pace highlights how hard it is for the state to make even limited changes to housing policies fiercely protected by cities and towns.

Our view: If there’s a promise from House leadership to tackle more systemic reform in the next session, then the Legislature should get behind the governor’s proposal now, modest as it may be.

The governor’s bill allows towns to change zoning laws by majority votes rather than two-thirds supermajorities. This in effect should reduce the power of NIMBYism that has slowed down new construction, particularly in the suburbs.

This, by itself, is critical to spurring new construction. Housing costs have become a crushing burden on families, and spurring more housing growth — especially outside Boston, Cambridge, and Somerville — has to be a top priority. The state needs to add more than 400,000 housing units by 2030.

There’s a political compromise that would allay concerns and make it more palatable to pass the governor’s bill on its own: a public pledge from House Speaker Robert DeLeo to take up serious far-reaching zoning and housing reform next year. That would go a long way to appease Senate President Karen Spilka, whose chamber has shown a willingness to pass ambitious legislation only to see it die in the House.

If House leadership commits to zoning reform, there’s less reason to fear that passing Baker’s bill would end the conversation, and more reason to welcome it as a prelude to deeper reform. Meanwhile, the governor himself has said building more housing will be a priority in his second term because the high cost of homes was the top issue he heard on the campaign trail.

For now, Baker’s bill would produce immediate relief to the housing crisis by getting changes on the books in time for next spring’s round of town meetings. Let’s get it passed — and then keep going.