Officially, there’s nothing left to vote on: the Senate confirmed Brett Kavanaugh for a lifetime appointment to the Supreme Court on Saturday, despite highly credible sexual assault allegations leveled against him. The fight looks finished.

In reality, though, the ugliness of the last two weeks will be litigated again in the midterm elections Nov. 6. Democrats and Republicans are spinning very different narratives about what just happened in Washington, and voters will, in a sense, be asked to pick which reflect the values of Americans.

In other words, just in case the midterm election wasn’t important enough already, it’s now a referendum on Kavanaugh, his accusers, and the broader #metoo movement.

Republicans not only confirmed Kavanaugh, but seem to believe Americans will have their back. The party has convinced itself that it’s tapping into a national unease with the #metoo movement, a fear that it has become, as they say, a witch hunt. It cannot have been an accident that the party trotted out Susan Collins, the political heir of Margaret Chase Smith, to defend Kavanaugh in her climactic speech Friday afternoon, as if to liken the allegations to McCarthyism. Republican political consultants now say they expect the Kavanaugh fight to help them in November, because it galvanized voters who feel he — and, by extension, other men — have been treated unfairly. 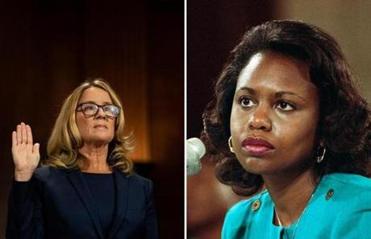 This moment can go down as one of the darkest hours in our nation’s history, or it can be the galvanizing force for the strongest progressive movement in a generation.

The Democratic message is that survivors of sexual assault must be taken seriously and shown more respect than Christine Blasey Ford received. (Yes, Democrats have come around since Bill Clinton.) Ford made the brave decision to step forward, out of civic duty, and was met by mockery from President Trump. Meanwhile, Republicans gave more credibility to Kavanaugh, a man who has repeatedly misled Congress. The country can do better, must do better, for the sake of all survivors.

Beyond voting, citizens can get involved in competitive campaigns in swing states, whether that means opening their wallets or volunteering. In many ways, the Kavanaugh battle is just kicking into high gear. The midterms will determine whether the GOP will pay a price for the Supreme Court fiasco – or get a reward.