Here’s the truth Cardinal Sean P. O’Malley still needs to grasp: Investigations into allegations of sexual misconduct in the church need to pass a smell test.

In August, O’Malley launched a probe into allegations of sexual harassment and other forms of intimidation at St. John’s Seminary in Brighton, following social media posts by former seminarians describing “immoral unprofessional misconduct by faculty and students” and “a toxic culture” of bullying and other threats.

The allegations do not appear to be criminal in nature. Still, they need to be properly examined. Unfortunately, the group assembled by the cardinal to vet these allegations is hardly conflict-free: It’s stacked with St. John’s board members. That matters for a church that has a long history of protecting its own.

Emmanuel College president Sister Janet Eisner, who was asked by O’Malley to lead the investigation, is a respected academic. But she also serves on the St. John’s board. So does Assumption College president Francesco Cesareo, who was also picked by O’Malley to participate in the inquiry. Then there’s the Rev. Mark O’Connell, an auxiliary bishop of Boston, who is a past member of the seminary faculty. The fourth member of the group is Kimberly Jones, chief executive of the Athena Legal Strategies Group, which according to its website, works to “manage crisis and protect reputational image and minimize liability.” An outside law firm will conduct interviews. But Mark Dunderdale, who heads the office of professional standards and oversight for the archdiocese, is also involved.

Sister Eisner said that as a board member, she knew of no previous allegations of misconduct or inappropriate behavior at the seminary. Rather than seeing any potential conflict in her board affiliation, she said it provides “insight into the seminary.” With O’Malley’s blessing, she insists she’s fully committed to uncovering the truth in a timely matter. “If there’s a whiff of anything criminal, we stop the investigation and say, ‘This goes to the authorities,’ ” she said. 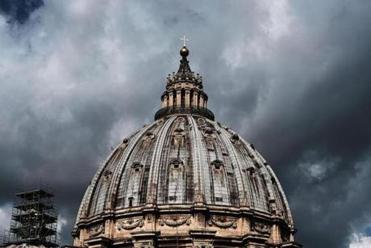 Outside law enforcement needs to clean up the sexual abuse scandal that the church can’t.

When the Globe brought the less-than-independent nature of the investigation to the attention of Attorney General Maura Healey, whose office oversees public charities and has a civil rights division, she made clear what should happen.

“Whether involving a business, a sports program or a school, allegations of this nature need to be taken seriously and require a thorough investigation without conflicts of interest,” said Healey. “The inquiry into St. John’s Seminary must have the independence and expertise needed to perform a legitimate review.”

Jack Connors, the longtime Boston business leader who is known for his philanthropy to the church, calls himself a “fan” of O’Malley’s and his commitment to reform but also believes in a thorough review of St. John’s. “I’m all in favor of opening windows, opening doors, opening records. Investigate away,” said Connors, who played an important role when the Globe Spotlight Team, between 2002 and 2003, exposed the sexual abuse scandal in Boston. He broke with Bernard Law, the cardinal in the middle of it, who later resigned.

The St. John’s inquiry plays out against fresh national attention on the much graver history of sexual abuse of minors. Last week, on the heels of an explosive Pennsylvania grand jury report on clergy abuse over decades, the New York state attorney general issued subpoenas to eight Catholic dioceses. The New Jersey attorney general also announced a criminal investigation, and the attorneys general of four other states also asked for records from local dioceses. To his credit, O’Malley — who succeeded Law and oversaw reforms to address clergy child sex abuse — has recently called upon American bishops to turn over their records to civil authorities “when asked.”

What Catholics want to know is if the church has really changed its ways. By ensuring a truly independent investigation, O’Malley can show that the church has turned the page.