Time’s up for Pope Francis and the leaders of the Catholic Church.

Catholics everywhere — and anyone who cares about children — should demand that our criminal justice system start treating the Roman Catholic Church for what many victims believe it is: an international criminal conspiracy to cover up the rape of what in the United States alone might amount to 100,000 children.

Every attorney general in the country should use their subpoena powers to force the church hierarchy to give up their long-held secrets of clerical crimes. Every state legislature should eliminate the statute of limitations on sexual crimes against children. In every state, clergy should be mandated reporters of alleged sexual abuse.

Send in the feds, too. As recommended by the Survivors Network of those Abused by Priests (SNAP), amend the Racketeer Influenced and Corrupt Organizations Act (RICO) to allow federal prosecutors to hold church leaders criminally responsible for their roles in covering up sex crimes against children.

In the 16 years since the Boston Globe Spotlight Team revealed what was then considered shocking evidence of widespread clergy sexual abuse, the church has proved only one thing: However good its intentions, it can’t clean up its own mess. This is not an indictment of all priests; most serve honorably. But predator priests and their protectors need to be held criminally accountable. And prosecutors should get the tools they need to make that happen. 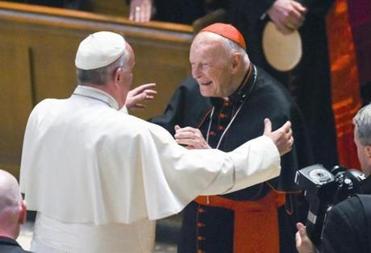 The truth we can handle. It’s the continuing cover-up we must no longer abide.

Since the Spotlight Team broke open the story of clergy sexual abuse, only four AGs — in Pennsylvania, New Hampshire, Maine, and Massachusetts — have used their subpoena power to force the church to turn over their records on priests accused of sexual abuse. A grand jury report, issued recently by Pennsylvania Attorney General Joshua Shapiro, shows the ongoing challenge of prosecuting decades-old crimes. In horrifying detail, the grand jury report documents cases involving more than 300 priests across the state who sexually abused more than 1,000 children over the past 70 years. Over that time span, the church hierarchy did what it always does — it protected the predators. Now, because of Pennsylvania’s statute of limitations on reporting sexual abuse, Shapiro said only a few criminal cases will result from the 18-month probe. “As a consequence of the cover-up, almost every instance of abuse we found is too old to be prosecuted,” Shapiro said.

The Pennsylvania grand jury report follows the recent resignation of Cardinal Theodore E. McCarrick, a former archbishop of Washington, who was accused of sexually abusing children and adult seminarians for many decades. The McCarrick saga also raises questions about the possible cover-up complicity of Francis and Cardinal Sean P. O’Malley, the archbishop of Boston and head of the Pontifical Academy for the Protection of Minors.

Another archbishop, Carlo Maria Vigano, wrote a letter which contends that Francis and others in the church hierarchy knew about serial sexual misconduct by McCarrick — and continued to protect him. The pope has declined to respond to Vigano’s accusation, and his defenders cast Vigano as a right-wing ideological foe who wants to bring down a liberal pope. That may indeed be true. But it doesn’t mean Vigano’s allegations are false.

WALTER V. ROBINSON: Every AG must force the church to tell the truth

Knowing the Globe editorial board was taking up this topic, O’Malley got on the phone Thursday to defend the church’s response to the long-unfolding saga of clergy sexual abuse. He said progress has been made but acknowledged more could be done.

As for Vigano, O’Malley said, “He raises a lot of questions. Were there sanctions placed (on McCarrick)? Were they ever observed or enforced? Were they removed by Pope Francis?”

But O’Malley also questions why Vigano did not pass on his concerns to the US Bishops Conference. “It certainly is very disturbing. I’m hoping as time goes on, we will have more answers,” he added.

Asked if the pope should be more forthcoming in his response to the Vigano letter, O’Malley said, “I think he will be.”

O’Malley agreed the church alone can’t handle all of its sexual abuse allegations, and that’s why the church has adopted “a firm commitment to reporting to civil authorities.” O’Malley acknowledged that the “missing pieces” were the bishops and expects the Bishops Conference to take up the issue of their own accountability in November.

He also repeated his assertion that he never saw a letter sent in 2015 by a priest who tried to warn him about McCarrick’s behavior with seminarians. According to O’Malley, the missive was opened by his chief secretary, the Rev. Robert Kickham, who never told him about it. He said he only learned of the allegations against McCarrick recently, from the media. In response, Vigano said O’Malley’s statements “are disconcerting and have totally obscured his transparency and credibility.” However, O’Malley said he stands by them.

Some have called for Francis and O’Malley to resign in the wake of the McCarrick-related revelations. But how will their resignations do anything to change church culture when it comes to predator priests? If anything, it could turn back the clock to darker times, when victims were ignored and disbelieved and problem priests were shuffled around and left free to prey on new victims.

Even under the supposed enlightened regime of Francis, self-policing hasn’t worked. The pressure must come from law enforcement officers and lawmakers who are prepared to treat predator priests and their protectors as criminals. If they are convicted, lock them up.