Steve Wynn is gone from Wynn Resorts. But not his ugly legacy.

That lingers, as long as Matt Maddox, Wynn’s handpicked successor, runs Wynn Resorts, and Elaine Wynn, Wynn’s former wife, controls the largest share of privately held stock. They are links to a sordid past that affects the current corporate culture, even as Wynn Resorts claims to be a new company. Their testimony before the Massachusetts Gaming Commission last week showed why both should be yanked as qualifiers for the Encore Boston Harbor casino license.

Swathed in pink, Elaine Wynn played her best card: that of betrayed wife, who was shocked and distressed to learn in 2009 about the $7.5 million settlement that Steve Wynn paid to a manicurist who accused him of sexual assault. Elaine Wynn contends she told Kim Sinatra, the then-general counsel of Wynn Resorts, who disputes her account. Four years later, neither told Massachusetts regulators about it during the company’s suitability review.

Steve Wynn denies all allegations of sexual misconduct. However, Wynn Resorts executives did not dispute the commission report, which details the predatory sexual behavior of a very rich creep — one who still has a friend in President Trump. Elaine Wynn married Wynn twice. But bad judgment in choosing a spouse doesn’t erase her omission to Massachusetts regulators. And her narrow definition of fiduciary duty back then should concern gaming regulators now.

As for Maddox, he withered under tough questioning over what he knew or should have known about his boss’s alleged sexual misconduct. Even worse, his testimony raised doubts about his commitment to change. How can a CEO who authorized undercover surveillance of a former Wynn employee who was “saying a lot of negative things about Wynn” be taken seriously as a hands-on reformer? Especially when he also said he didn’t know that the company he supposedly runs was also spying on Elaine Wynn. Maddox couldn’t name a single enhancement to his company’s supposedly tough new sexual harassment policy, explaining he would have to look them up. He also acknowledged he was unfamiliar with a new protocol put in place to communicate issues of employee concern. 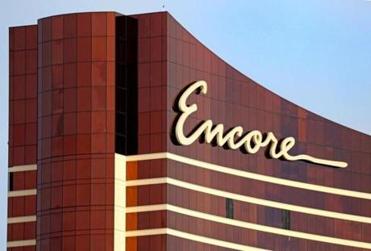 The best argument for allowing the company to keep its lucrative license is being made, not by Wynn officials, but by the amber Shangri-La on the Mystic River.

On paper, Wynn Resorts has new board members who say they are committed to transparency and sweeping corporate reforms. Behind the scenes, there’s dysfunction at the top, another direct link back to Steve Wynn’s legacy. The ugly divorce between Steve and Elaine Wynn corrupted the company, causing executives and board members to attribute the sexual misconduct allegations against their leader to litigation strategy. That has evolved into a bitter fight between Maddox and Elaine Wynn, with the word “hate” used by people connected to Wynn Resorts to describe their feelings toward each other.

With a $2.6 billion casino on the line in Everett, Massachusetts should not be in the middle of that corporate drama. As long as Maddox is CEO, Wynn Resorts should not get to keep the casino license. As a condition for the license, Elaine Wynn should also reduce her stock ownership, which is currently about 9 percent.

At last week’s hearing, Maddox was grilled, most notably by commission member Gayle Cameron. But Elaine Wynn was largely left off the hook. Why, when gaming investigators determined she absolutely withheld information from them? It could be sympathy for a woman scorned and humiliated. But it could also be that Maddox has been set up as the gambling chip — he goes, Wynn Resorts keeps the casino license, and almost everyone is happy.

If Maddox is forced out, and Elaine Wynn’s position is unchanged, she gets a betrayed wife’s ultimate revenge — a company purged not only of Steve Wynn, but of Maddox, who was in one of Steve Wynn’s wedding parties.

That’s a winning hand for her, but not for Massachusetts.

Correction: An earlier version of this story incorrectly stated that Matt Maddox was best man at one of Steve Wynn’s weddings.