Regardless of what is contained in Robert Mueller’s report, everyone should be clear on one point: The special counsel has done the United States of America a great service.

In the face of a concerted effort to intimidate, undermine, and delegitimize his investigation, Mueller has been a Gibraltar of integrity. Perhaps the only time his office has spoken publicly was to dispute a Buzzfeed story that was deeply unfavorable to the president. That is, that Donald Trump had personally ordered his then attorney and fixer Michael Cohen to lie to Congress about the continuing pursuit of a Trump tower in Moscow during the campaign. That correction was one that aided the very president who has routinely disparaged the special counsel’s efforts.

Mueller’s integrity on the process is one reason we don’t know what the report contains on the issue of collusion. But because of the indictments and convictions, we do have an immense amount of information we otherwise wouldn’t have. And that’s both about the Russian effort to undermine our election and the devious dealings of the Trump campaign’s high command.

Whether Attorney General William Barr decides whether to release the report in full or merely in part, the White House will portray this as a colossal waste of time and money, one that has revealed and accomplished nothing important.

JOAN VENNOCHI: The spin stops here. At least it should

That of course is ridiculous. It is belied by the dozens of indictments, convictions, and guilty pleas that have resulted from this probe. 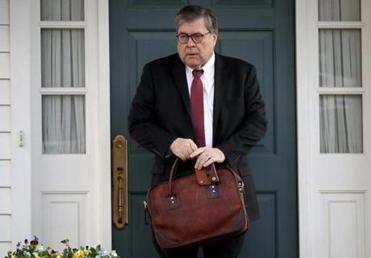 Will the Mueller Report Be Made Public? Answers to 6 Key Questions

The long-awaited special counsel report is complete, 675 days after Robert Mueller was named to oversee the investigation into Russia’s election interference. Attorney General William Barr has the document.

Mueller has passed his test, and with flying colors.

Trump has failed his. Not only did he fire FBI Director James Comey out of pique about the early FBI investigation, after the special counsel was appointed, he also ordered White House attorney Donald McGahn to fire Mueller, backing down only when McGahn refused to do so. Whether anything he did was criminal is uncertain. But it certainly wasn’t the kind of conduct anyone should condone in a president.

The next test will be of Congress. Republican leaders do deserve some limited credit for making clear that Mueller should be able to complete his probe. But beyond that, they either ducked low or echoed Trump’s efforts to deride it.

What will they do now? Will they enable Trump if and when he tries to dismiss whatever critical conclusions Mueller has drawn? Or will they finally step back and view all of this is in the broader context of the corrosive effect it has had on our democracy?

Finally, it will be a test for the American people. The behavior of the Trump inner circle that we already know about should be deeply concerning to everyone. Lamentably, it hasn’t been. A third to two-fifths of Americans have seemed willing to shrug their shoulders at this kind of conduct simply because it was done by one of their political own.

That’s a sad commentary on our democracy. And it should be sobering for everyone as we move from investigation to release to reaction.