Watching our government regulators publicly wrestling for days with whether the Boeing 737 Max 8 should be grounded after that airplane was involved in two eerily similar crashes raises an urgent question: Can we trust our government to tell us if this plane is safe?

The fact that President Trump finally overruled the Federal Aviation Administration and temporarily grounded these planes raises more questions than it answers. Certainly the other late holdout, Canada, did not need its president to step in; its minister of transportation issued the order to ground the planes. Although the FAA issued its own statement in support of the president’s decision, the spotlight was put firmly on the glaring deficiencies of the FAA and, by extension, our government’s other consumer protection agencies.

Whether a design or software flaw in the plane itself is at fault is not the issue for those who lack the expertise to make that determination. But every one of us should be pondering who will make that determination for us, and whether they can be trusted to render an independent judgment that is motivated only by the need to keep us safe — or whether concern over Boeing’s profits will torque their analysis.

Most of the regulators of the world swiftly responded after the second crash, on March 10, by grounding these planes until an independent investigation can determine what happened. It is with a sinking feeling that we see our own government, on the other hand, turn out to be willing potentially to let airlines continue to put passengers on these airplanes until the investigation is completed months or perhaps years from now.

Why the difference? Who will deny that it probably has something to do with the fact that the FAA, which we are supposed to be able to rely on to regulate the airline business and perform critically important investigations with its own independent expertise, instead relies on Boeing employees to certify that Boeing planes are safe? As a result, Americans do not even know if the investigation on which our government will ultimately rely to determine if the grounding should be permanent will be truly independent or will be performed, at least in part, by Boeing itself. 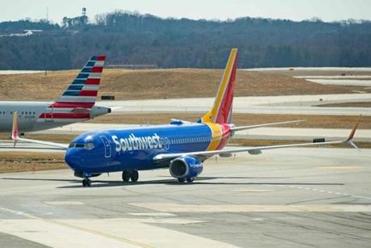 For months, pilots have complained to the FAA about safety issues with Boeing 737 Max 8 jets

Countries across the world have ordered the 737 Max 8 jets to be grounded in the wake of the most recent crash Sunday in Ethiopia.

Although some from both parties in Congress called early for grounding the planes, can we trust our Congress overall, when Boeing has contributed so many millions to their campaigns? And even though there is now a temporary grounding in place, can we trust President Trump, knowing Boeing’s president was one of the parade of supplicants who visited him at Mar-a-Lago, knowing that he has installed a former Boeing executive as the acting secretary of defense, and knowing Boeing gave $1 million to his inaugural committee?

That is where we are in this country right now. The Republicans who have controlled the federal government these past two years have been so maniacally focused on “deregulation” that they refuse to see how critically important federal safety regulations are to each of us individually and to our economy as a whole. And in their zeal to deregulate, they have allowed the very industries most in need of uniform safety regulations to take over the federal agencies formed for the purpose of protecting consumers. The result is stark: We no longer trust the words or actions of our federal safety agencies to protect us in the ways we have come to expect over the past many decades.

The chaos in the White House and Congress over the past two years has provided a distraction from the administration’s steady and frighteningly effective destruction of consumer protections in most of our federal agencies, whose very purpose for decades has been to protect American consumers. The foxes are definitely in charge of the henhouses; the regulated control the regulators.

There are many federal agencies that were created to provide consumer protections that are similarly situated as the FAA when it comes to the regulated industry taking over. The Consumer Financial Protection Bureau, the Consumer Product Safety Commission, the Environmental Protection Agency and the Department of Education are only a few. Fraudulent and predatory lenders, manufacturers and importers of dangerous products, massive polluters of our air and water, and fraudulent for-profit colleges now have strong influence over the federal agencies designed to protect us from them.

With the ever-increasing complexity of our society, when well-formulated regulations of everything from self-driving cars to internet privacy are so desperately needed, it is more important than ever that Congress do whatever is necessary to make our federal agencies that were meant to guard our safety truly independent from regulated industry.

Marietta S. Robinson was commissioner of the Consumer Product Safety Commission from 2013 to 2018.
Loading comments...
Most Popular in opinion
Real journalists. Real journalism. Subscribe to The Boston Globe today.