Gene LaRiviere has already given up; now he is rooting for Dan and Holly Boyce, who have driven 200 miles from Vermont, and for Armand Meshaud, who hobbled in on a cane. Everyone is rooting for Ron Wallace, who is a legend. We stand under the bright lights of the horse arena at the Topsfield Fair, watching the final minutes of the New England Giant Pumpkin Weigh-Off. The stands are full of people. The arena is lined with pumpkins so large they look fake. Cinderella could literally step out of one of these pumpkins. To enter the competition, these pumpkins must weigh at least 300 pounds.

“Ron is the best pumpkin grower in the world,” says Gene. “He can just look at a plant and tell you what it needs.” A tall man with a ready smile, Gene had two days ago lost the two giant pumpkins he’d been raising since April, one of them reaching a ton before it suddenly sprang a leak. “It’s a kicker,” says Gene, “but it’s not just about the competition; it’s about the people.” Like most of the growers, Gene belongs to the Southern New England Pumpkin Growers Association.

I look around at the pumpkins lining the field. They are the draft horses of the pumpkin world, each with glossy orange to white hides, each the result of careful breeding that traces back to the work of a grower named Howard Dill, who spent 30 years developing them. In 1981, when Dill’s efforts resulted in a pumpkin that grew to a whopping 493.5 pounds, he patented his seeds under the name “Atlantic Giant.” To be competitive, a pumpkin must grow 50 pounds a day for at least four weeks during the growing season.

Armand’s enormous orange pumpkin, swaying in its six-strap pumpkin harness, is slowly lifted by crane. Judges peer underneath, checking for leaks; the physics of being the world’s largest pumpkin are tough. Giant pumpkins have been bred to have superlative phloem, which enables them to transport sugar at fantastic rates, but also means they grow so fast they often grow backward, developing structural weaknesses. To become a heavyweight champion, a pumpkin need not be beautiful, but according to rules set by the Giant Pumpkin Commonwealth, the organization that monitors pumpkin weigh-offs throughout the world, it can’t have holes or leaks.

“And it’s a thumbs-up!” shouts the announcer. The crowd cheers. The pumpkin’s handlers steady it — easy, easy — guiding it to the scale. Digital numbers flash, 1,700, 1,750 . . . 1,846.5 pounds, the heaviest so far. “It’s getting serious now, folks,” the announcer banters, revving up the crowd. Meanwhile in the arena, growers rush over to congratulate Armand, now standing by his pumpkin. Gene is beaming, “He’s 80 years old and this is the biggest pumpkin he’s ever grown!” 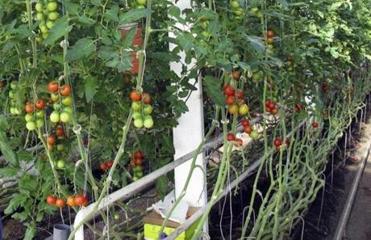 Nurturing life, from the soil up

Over time, farmers and home gardeners have learned to respect the biodiversity of the soil that all life depends on.

Giant pumpkins, it turns out, require detailed maintenance, which includes soil preparation, fertilizer, and fungicide, not to mention electric fencing to deter critters, beach umbrellas and screens to protect the pumpkins from the sun, and blankets at night to keep them from the cold. On a hot day, a growing giant soaks up 100 gallons of water. Each requires a 1,000-square-foot patch. In other words, giant pumpkin growing is a form of extreme gardening. Growers carefully choose their seeds (as early as December they begin trading), cross-pollinate the plants by hand, then spend the next five months working day and night to cultivate them.

“2,114 pounds,” shouts the announcer. “And it’s the winner!” The stands go wild. Ron, who had been pacing in the crowd, jumps up behind his pumpkin and, with his father beside him, poses like a Greek hero, arm raised. Someone hands Ron a huge cardboard check for $8,518, his winnings for coming in number one and setting a new fair record.

Wallace broke the world record in 2006, becoming the first grower in the world to raise a pumpkin over 1,500 pounds. He broke that again six years later by raising the first pumpkin to weigh over a ton. Now his pumpkin has just set a new record. But when Ron speaks, he reflects another key pumpkin-growing ethic: modesty.

“Nobody does this on their own,” he says. He looks at the growers around him. “We are a community. We help each other; that’s how we can raise pumpkins this big. We work together. I don’t believe anybody achieves any success on their own, whether they want to admit it or not.”

Giant pumpkins suit the American psyche. Not just because of our cultural obsession with the gargantuan, but because of our abiding belief in the power of competition. Yet it’s clear by the communal joy infecting the entire arena that this is about a type of competition that functions to strengthen their community.

These growers are fiercely competitive, but they cross the patch; at the end of the day, their main goal is for the best pumpkin to win, regardless of who grew it.

Leila Philip is a professor in the English department at the College of the Holy Cross. Her column appears regularly in the Globe. Follow her on Twitter @theleilaphilip.
Loading comments...
Most Popular in opinion
Real journalists. Real journalism. Subscribe to The Boston Globe today.