The gray-suited real estate professionals at the Urban Land Institute’s annual convention in Boston this week took a break from discussing floor-area ratios to hear Theaster Gates, a Chicago artist and urban planner who is redeveloping derelict buildings into thriving cultural spaces and affordable housing. Gates, 45, calls himself a “farm-to-table” developer, since he uses local labor and materials — often reclaimed from demolished buildings nearby — and because his projects tend to be handmade and “slow-cooked.”

Gates has a roving eye for opportunity; when the emerald ash borer felled thousands of trees in the Chicago area, he used the cast-off wood to open a milling shop, training unemployed residents in carpentry and joinery. He turned the inventory of a defunct neighborhood hardware store into an art installation as commentary on the disappearance of small retail spaces; the work was shown at the Prada Foundation in Milan. And he radically reimagined a vacant Chicago bank building as a gallery, library, and collection of African-American artifacts, including the archives of Ebony and Jet magazines. The projects have remade swaths of Chicago’s South Side into vibrant come-back neighborhoods, proving, he said, that “places people thought were dead were in fact just sleeping.”

In fact, on a smaller scale, we do. Last year the Massachusetts Cultural Council designated Dudley and John Eliot Squares in Roxbury as cultural districts, eligible for funding to mount theater productions, open studios, poetry readings, and the like. Local entrepreneur Kaidi Grant opened Black Market, a pop-up retail and cultural space for vendors and artisans as well as music and spoken-word performances. Manikka Bowman, director of policy and outreach for the Urban Land Institute, sees similarities to Gates in the way Grant “conjured up that spirit” to create and curate a new community space. Three new building-size murals in Grove Hall upend Boston’s reputation for caution when it comes to public art.

Compared with Chicago, which is much much larger (and poorer), Boston has fewer abandoned buildings and fallow lots that can be redeveloped on a relative shoestring. But the city is still looking to weave arts and culture into its redevelopment projects in historically black neighborhoods. Courtney Sharpe, former senior planner for the Roxbury/Dudley area and now director of cultural planning for the city, spent untold hours in community meetings helping develop a strategic master plan for Roxbury. She got an earful of “what people want the feel and flavor of the place to be.” She says creativity is a kind of natural resource in the neighborhood. “What can we do to elevate these assets,” she asks, “and talk about development that’s asset-based and not deficiency-based?” 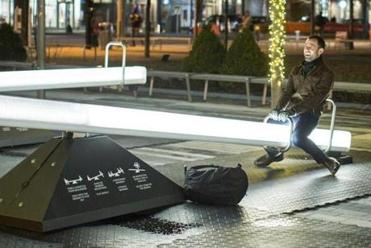 Trump budget is a death warrant for the arts

The president’s attempt to eliminate the NEA and the NEH will leave the arts in the hands of the wealthy.

Sharpe is well aware of the threat of gentrification — what she calls “the erasure of culture” — as the Dudley area changes. But the Walsh administration has ways to tilt the development process toward neighborhood stabilization. This week Walsh announced that requests for proposals to developers of city-owned parcels will now include criteria to prevent economic displacement of local residents.

How about working in similar requirements for community cultural spaces?

At the ULI conference, Gates spoke about the spiritual life of vacant areas — abandoned churches and schools, but also dormant land. The arts, he said, need to become integral to the way city planners rebuild neighborhoods and not simply be “a branding exercise.” Similarly, Bowman is hoping the real estate barons who were at the ULI conference will be inspired to bring local artists onto to their teams from the start, to make culture “essential to the development process and not just an add-on.”

Not every city can have a single charismatic visionary like Gates driving creative reuse of urban spaces. But working arts and culture into the very rubric of the development process can go a long way toward awakening some of Boston’s sleeping neighborhoods.