It’s early fall, and the season of Nobel Prizes is now upon us. Among elite scientists, pulses quicken in the days prior to each announcement, for reasons of both hope and handicapping. Yet the way scientific laureates are chosen has not kept pace with major changes in the conduct of science, which means some updates should be made to the selection process.

Established in the will of Swedish industrialist Alfred Nobel — whose considerable fortune derived from the discovery and marketing of dynamite and who was perhaps seeking a more exalted legacy — the prizes are now given in six areas “to those who, during the preceding year, shall have conferred the greatest benefit to mankind.”

Since first awarded in 1901, the Nobel Prize has come to represent the pinnacle of recognition for achievement in each identified field, bestowing the closest thing to immortality that a scientist could hope to achieve.

Despite their luster, however, Nobel Prizes are subject to errors of both commission and omission. For example, the 1949 prize to António Egas Moniz in the field of physiology or medicine, recognizing the development of prefrontal lobotomy for then-untreatable mental illness, promoted use of this ineffective and often harmful procedure. More often, controversies involve decades-long debates regarding the appropriateness of chosen winners and losers.

Between 1901 and today, major changes to the conduct of science have created new challenges to correctly assigning Nobel-level credit for many critical discoveries. For the first Nobel in physics, awarded in 1901 to Wilhelm Röntgen, it was easy to follow the guidelines. The German physicist was recognized for his 1895 discovery of what we now call X-rays, a discovery turned into a highly useful diagnostic tool within a year, easily fulfilling Nobel’s intentions. 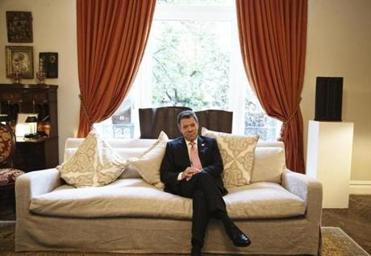 If good things come to those who wait, a Nobel Prize must be a very good thing indeed.

But many of today’s great discoveries result from research done over time by large teams of interdisciplinary scientists. In human genetics, for example, many papers have dozens of authors; in experimental physics, key papers may have more than a thousand. Given that, it doesn’t make sense to require a decision about which one to three scientists should be named winners. Or conversely, to decide that there are too many contributors for a Nobel to be awarded, thereby keeping a worthy discovery from being recognized.

The current process also has adverse consequences for the culture of science. From the time of Galileo and Newton, scientists have vigorously competed for priority and credit, a dynamic ultimately beneficial to scientific progress. But in this era of team science, having the most prestigious prize limited to no more than three recipients may slow progress, and provide the wrong message and incentives, especially to young scientists.

So, how to remedy this situation? First, when careful review suggests a key discovery was made by four or more individuals, naming them all would be better than leaving one or more deserving scientists in the cold. Second, rules should permit recognition of teams as well as individuals. (I could also imagine making the award to a company that made a key discovery or brought it to practice.)

After all, the Nobel Peace Prize has been awarded to organizations, such as the 1985 prize to international physicians for the prevention of nuclear war. If this prize was permitted within the Nobel guidelines, why not allow it for a group or organization responsible for a scientific advance? The possibility of such an outcome might well incentivize effective collaboration.

A final suggestion: Allow the Nobel Prizes to be awarded posthumously. Prizes have two major functions: to recognize and honor the discovery and the discoverers, and to benefit the scientific enterprise by celebrating its accomplishments. These goals are best advanced by honoring living scientists, though an award can be made to a person who has died after the October selection decision was made, but before the December date for accepting the prize. But should death a year before the award prevent nomination or recognition of a key scientist, or cause an otherwise appropriate achievement to go uncelebrated? For an award that promises immortality, perhaps not.

These changes will ensure the Nobel Prizes remain an incredibly important part of the modern culture of achievement. Now, bring on the champagne!

Jeffrey S. Flier is a professor of medicine and former dean at Harvard Medical School. He can be reached at Jeffrey_Flier@hms.harvard.edu. Follow him on Twitter @jflier.
Loading comments...
Most Popular in opinion
Real journalists. Real journalism. Subscribe to The Boston Globe today.