It’s been 365 days since Hurricane Maria hit Puerto Rico, leaving a trail of death and despair. Puerto Ricans are still dealing with the storm’s massive humanitarian and political aftermath.

It’s as if Maria never left.

Yet President Trump continues to call the government’s response on the island “incredible” and an “unsung success.”

No amount of lies or indifference will obscure the fact that Hurricane Maria has been the deadliest natural disaster to hit the US in more than a century, with nearly 3,000 lives lost in Puerto Rico.

Whether the president likes it or not, Maria is Trump’s Katrina — a powerful storm whose deadly impact was compounded by the federal government’s incompetence. 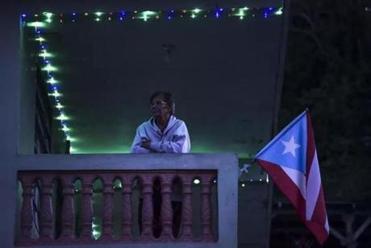 Last week, Trump questioned the death toll in Puerto Rico, saying less than two dozen people had died after he visited the island last October, a couple of weeks after Hurricane Maria hit. He also accused Democrats of overstating the death toll to make him “look as bad as possible.”

By now it should be clear to all of us that Trump is never going to stop tweeting out his version of the truth. Nor will he ever be convinced to accept reality and understand that truth is not malleable. He will continue to claim that his administration “did a fantastic job in Puerto Rico.” Tweet, rinse, repeat.

Hurricane Maria had a long tail that killed Puerto Ricans months after the winds died down and the rain stopped, mainly because the government’s immediate response was so lacking. In its own assessment of the response in Puerto Rico, the Federal Emergency Management Agency admitted it was ill-prepared to respond to a disaster outside the continental US. (The latest example: CBS recently reported that millions of bottles of water were left undelivered on a tarmac in Puerto Rico.)

Had the death toll had been accurately reported and updated earlier, there’s a chance public scrutiny would have pressured the Trump administration to be more responsive on the ground, and thus more lives could have been saved.

These Puerto Ricans, US citizens all, didn’t die of old age, as Trump falsely tweeted. They died because electricity was not fully restored to the whole island until 11 months after Maria hit. They died because medical services were severely disrupted. Patients died in ambulances that were turned away at hospitals unable to take any more patients for lack of water or power.

Local news organizations were reporting an increased number of deaths almost right away, and calling into question the Puerto Rican government’s reluctance to recognize the higher death toll. Without a doubt, the unwillingness from Puerto Rican leaders to heed those calls gave the federal government some cover — and enabled Trump’s lies.

It’s time we pay less attention to Trump’s antics on Twitter. It’s clear he doesn’t care about Puerto Rico. The only appropriate response is the one that will effectively stop him: organizing to vote him out of office, as well as those in Congress who are complicit in his cruelty and lies. Those 3,000 Puerto Ricans who died had daughters and sons, cousins, nieces and nephews, brothers and sisters, friends and neighbors — many of them living right here on the mainland. They should channel their rage at their government’s failure and turn it into power at the polls.

Trump’s first wife, Ivana Trump, had it right when she would tell wives divorcing their wealthy, cheating husbands: Don’t get mad — get everything. Puerto Ricans should take note.