This is the end of old Boston.

Power shifted from old to new the day a band of insurgents blocked the go-for-gold dreams of the city’s elite.

Boston 2024 — the Olympic organizing committee — was old Boston to its core. The developers, well-connected PR consultants, and business boosters behind the quest for the Games had millions to spend and the smugness that comes from years of running this town.

To their shock, a low-budget coalition of new Boston activists spoiled the party. 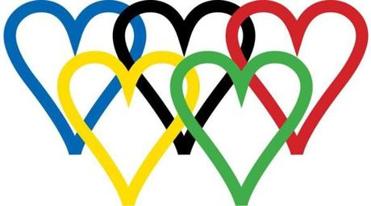 Bill Plaschke: Thank you for giving LA another shot at the Olympics

Thank you, Boston, for perhaps bringing the Olympics back to the only place in the world that is already built for them.

Their opponents were not doddering oldsters griping about change from their rocking chairs. They were young people who didn’t buy the pitch that an international sporting event is the best and only catalyst for better transit and smart development. Their unlikely coalition included Evan Falchuk, an independent candidate for governor in 2014; a conservative group that opposed a proposed gas tax hike; and City Councilor Tito Jackson.

“Old Boston had a flawed plan that was not executed very well. New Boston, in the form of No Boston Olympics and others, challenged this and they did it with facts and civility,” said Ray Howell, a veteran consultant who provided pro bono advice to Olympic opponents.

Their nimbleness with numbers and social media raised public doubt and helped sink the bid.

So did the city’s shifting political landscape.

When Mayor Thomas M. Menino left office after 20 years, he also left a huge power vacuum. Vacuums always get filled, but not always by the people who expect to fill them.

Consider the fate of John Fish, the construction company magnate behind the initial Olympic bid. Fish, declared the most powerful person in the city by Boston magazine, convinced Walsh — Menino’s successor — to lend his support to Boston 2024.

But after Fish stumbled out of the gate, he was cast aside.

He ended up a man without a mayor — and so, ultimately, did Boston 2024. It was another sign of how different Boston is, post-Menino.

In a 2013 WBUR interview, Menino called the idea of bringing an Olympics to Boston “far-fetched” and added, “I’d also be concerned about the cost of it and what it costs to taxpayers of the city of Boston.” But if Menino (who died in 2014) wanted an Olympics in Boston, there’s no doubt he would have used every ounce of muscle to make that happen, as he did when he wanted Democrats to hold their convention in Boston in 2004.

If Menino backed the Olympics, any business that wanted to do business with City Hall would have contributed to the dream, regardless of whether they liked it. And no city councilor would have dared to threaten Boston 2024 with a subpoena as Jackson did. That threat forced loose more embarrassing financial details about the initial Boston 2024 bid.

“Tom Menino understood power and how to use it,” said veteran PR consultant George Regan, who is also close to Fish. “He knew what hands to hold and arms to twist.”

Walsh officially backed the Olympics, but as poll numbers fell, so did his enthusiasm. And with good political reason. The anti-Olympic coalition overlapped with the neighborhood coalition that elected him. As opposition grew, Walsh forced a breakup with the United States Olympic Committee by refusing to sign a financial guarantee that would have used city money to back up any cost overruns. The guarantee was always part of the bid, so if Walsh opposed it from the start, why he signed onto the Boston 2024 campaign is curious.

To its credit, Boston 2024 did start a conversation about the city’s future. Its opponents argued Boston doesn’t need an Olympics to address it. Now we’ll see if that’s true.

But who will champion the development projects and transit fixes that were part of the Olympic package? Will Steve Pagliuca, the Celtics co-owner and Bain Capital executive who replaced Fish as chairman at Boston 2024, carry that agenda forward? Or will fallout from the failed bid poison the relationship between Walsh and the business community?

Power is fluid, and no one ever gives it up lightly. Old Boston is not going to surrender without a fight.

But this Olympic drama made one thing very clear. The time for passing the torch to the next generation of leaders is getting closer than many of us would like to hear.