MANAGUA, Nicaragua (AP) — The U.S. State Department is accusing Nicaragua’s government of overreacting to protests during days of unrest in which human rights groups say more than two dozen people have died.

Sunday’s statement says U.S. officials ‘‘condemn the violence and the excessive force used by police and others against civilians who are exercising their constitutional right to freedom of expression and assembly.”

It’s calling for ‘‘broad-based dialogue involving all sectors of society’’ and urges the government to allow an independent investigation into the deaths. 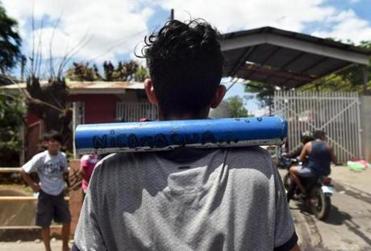 Journalist among over 2 dozen killed in Nicaragua unrest

Dozens of shops in the Nicaraguan capital of Managua have been looted as protests sparked by government social security reforms continued.