Amid the fallout from a deadly crash last month and an ensuing scandal about lax oversight, Governor Charlie Baker on Friday said he is proposing legislation he says will strengthen state laws regulating commercial drivers.

In a letter to the state Legislature, Baker acknowledged that the Massachusetts Registry of Motor Vehicles had “failed to act as it was required,” but said his administration’s ongoing internal investigation “revealed a broader need” to raise the standards for commercial driver’s licenses above the minimum federal guidelines.

“This bill will enhance roadway safety by improving the tools the Commonwealth has to ensure that only qualified, responsible, and safe drivers are operating commercial motor vehicles on the roads,” Baker said in his letter.

Baker’s proposed bill calls for doubling the suspension period for repeated violations and would bar those who have had their license suspended within three years from obtaining a commercial license. It also requires that commercial drivers immediately inform their employer of their traffic convictions.

In a separate development, state transportation officials released an update about its ongoing review of Registry operations and outlined plans to tighten its procedures for tracking traffic violations by out-of-state drivers and Massachusetts license holders who commit driving offenses in other jurisdictions. 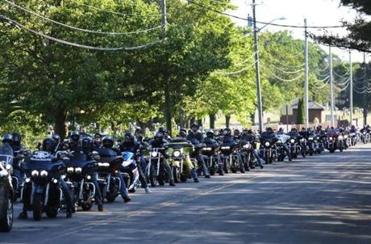 Massachusetts officials accepted some of the responsibility for failing to suspend the commercial driver’s license of Volodymyr Zhukovskyy.

Don Lane, regional director for the New England Tractor Trailer School, said the bill is a step in the right direction, but added that federal law already requires drivers to inform employers about serious traffic violations.

“For this to work, it really depends on what the penalties are,” he said. “Some smaller companies rely on drivers being forthcoming with them, and that doesn’t always happen.”

Baker’s administration has faced weeks of growing backlash amid revelations of widescale RMV failings, spurred in part by a 23-year-old Massachusetts man who allegedly drove into a group of motorcyclists in New Hampshire, killing seven. Volodymyr Zhukovskyy’s license should have been suspended by the Massachusetts Registry, but miscues there allowed him to stay on the road.

RMV registrar Erin Deveney resigned in the aftermath, and authorities have since discovered thousands of unprocessed violation notifications about Massachusetts drivers sitting, apparently unread, in 53 mail bins inside a Quincy office building.

Officials have acknowledged that 1,607 Massachusetts drivers should have previously had their licenses suspended. An internal investigation is ongoing, and state lawmakers are expected to press agency officials at an oversight hearing on Monday.

Despite periodic public statements, state authorities have yet to provide answers to key questions about the scandal. Baker’s office released a statement Friday with some additional details, but continued to decline to comment further.

Baker has said he has “full confidence” that transportation secretary Stephanie Pollack will fix the agency’s issues.

In an update issued Friday, the state Department of Transportation, which oversees the RMV, said that ATLAS, the agency’s computer system, has the capability to send notifications about problem drivers to other states. But it remains unclear whether that feature has been in place since the computer system came online in March 2018. A department spokesman declined to elaborate.

In a previous memo, transportation officials acknowledged that the RMV doesn’t have a policy for sending alerts to out-of-state registries when their drivers incur traffic violations in Massachusetts.

The Registry also announced that it has received more than 2,275 new out-of-state notifications since disclosing the discovery of the backlog, resulting in 221 suspensions of Massachusetts drivers.

In order to tackle the backlog and improve processes, the RMV plans to hire six workers and create a unit to solely handle out-of-state notifications.

State Representative William Straus, chairman of the Legislature’s Joint Committee on Transportation, said Friday’s update from the Registry raises more urgent questions about ATLAS and how it was designed.

The joint committee has invited representatives from FAST Enterprises, LLC, the Colorado company hired by the Registry to build ATLAS, to Monday’s oversight hearing.

In a letter released Friday, James G. Harrison of FAST Enterprises declined the invitation, writing that the company has a policy against offering public testimony about its work for government clients.

“FAST does not believe it has any information to offer related [to] the subject of the hearing or more broadly regarding RMV business practices that the RMV does not possess,” Harrison wrote.

Straus, cochairman of the committee, said lawmakers want to hear directly from the company, but don’t have subpoena power to force FAST Enterprises to participate. Pollack, he said, doesn’t object to a company representative answering questions.

The ATLAS computer system that FAST Enterprises developed for the Registry went online in March 2018, the same month that agency workers stopped opening mail from other states about driving infractions committed by Massachusetts drivers.

Straus said the committee wants to ask FAST Enterprises whether there’s a connection between those two developments and examine how the introduction of ATLAS affected the Registry’s procedures.

Pollack, acting Registrar Jamey Tesler, and a representative from Grant Thornton LLP, the firm hired by the state to review the Registry’s actions, plan to testify at the hearing.

Keith Constantino, director of the Registry’s driver control unit, and Thomas Bowes , who leads the Merit Rating Board, declined requests to appear at the hearing, Straus said.

The department headed by Bowes has been blamed for ignoring the paper alerts about out-of-state violations.