A federal grand jury is investigating the Harvard fencing coach’s sale of his Needham house to a wealthy Maryland businessman whose teenage son was eyeing admission to the prestigious university.

The US attorney’s office for Massachusetts sent a subpoena in April to the Needham Board of Assessors, ordering the town to turn over years of documents and records relating to the valuation of the property.

The subpoena, which the Globe reviewed this week, was sent by Assistant US Attorney Eric S. Rosen, the lead prosecutor in a nationwide college admissions bribery scandal that has ensnared Hollywood celebrities, wealthy investors, and college coaches and consultants.

Grand jury proceedings are secret and it’s unclear if the inquiry will lead to any criminal charges. Both the coach and the father have denied wrongdoing.

The property in question, a modest three-bedroom Colonial that at the time had an assessed value of $549,300, was sold by Harvard University’s fencing coach, Peter Brand, and his wife, Jacqueline Phillips, in May 2016 for $989,500. The buyer was Jie “Jack” Zhao, whose son, then a high school junior, was actively looking to apply to Harvard and fence on the team. 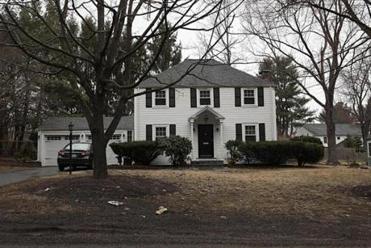 He bought the fencing coach’s house. Then his son got into Harvard

The Needham house was assessed at $549,300, but sold for nearly a million dollars. The buyer, who never lived a day there, would sell it 17 months later at a substantial loss in what may become the next chapter in the national debate over fairness in college admissions.

Zhao has said neither he nor his family ever lived a day in the Needham house. He sold it 17 months later, in October 2017, at a $324,500 loss, property records show. Zhao’s son started at Harvard in 2017 and joined the fencing team — after he was recruited by Brand, according to Zhao.

The Globe first reported the house transactions on April 4. The Needham Board of Assessors received the subpoena on April 10.

“Pursuant to an official investigation being conducted by a federal Grand Jury in the District of Massachusetts of suspected violations of federal criminal law, you are directed to furnish to the Grand Jury the documents described in the attached subpoena,” the cover letter says.

Chip Davis, Needham’s director of assessing, confirmed he had received the subpoena in April. He said he sent the FBI the requested information within days.

Kristen Setera, a spokeswoman for the FBI’s Boston office, declined to comment, as did the US attorney’s office.

In a statement, Brand’s lawyer, Douglas S. Brooks, said “we have not received any inquiry from the US Attorney’s Office, the FBI, or any other law enforcement agency, and we are unaware of any such investigation. To be clear, coach Brand unequivocally denies any wrongdoing.”

Phillips, Brand’s wife, did not respond to requests for comment.

The federal probe comes as the sprawling admissions scandal has exposed the lengths rich parents will go to get their kids into elite colleges.

Zhao, who has lavished his largesse on the fencing world and on Harvard, said in April the home purchase was not meant to help his son get into college. Rather, in a series of interviews at the time, he described it as an investment and favor for Brand, who he said had become his close friend.

Zhao said then that his son was a successful fencer, excelled at the prestigious St. Albans School with excellent grades (all A’s in high school except for one B during his freshman year, transcripts reviewed by the Globe show). He said his son notched a nearly perfect SAT score and had Harvard family connections — his older brother was then a student and a fencer and his mother has multiple Harvard graduate degrees.

“It’s a no-brainer; I don’t have to do anything,” Zhao said in April.

Both Zhao children have told the Globe they did not know their father had bought Brand’s house. The younger one just finished his sophomore year. The older one graduated from Harvard in 2018.

Harvard began investigating the sale of the home following Globe inquiries in early April. On Tuesday, a Harvard spokeswoman, Rachael Dane, reiterated that Harvard is “undertaking an independent review of the allegations regarding certain real estate transactions involving Peter Brand and the family of a current and a former student-athlete. This independent review was initiated immediately after learning of the allegations made in the Globe.”

She said Brand remains in his position.

Dane declined to comment about whether Harvard had been asked by federal authorities to turn over any documents related to Brand.

Failure to disclose potential conflicts could lead to disciplinary action or termination, the policy states.

Federal investigators reviewing the real estate transaction would have to prove there was a “quid pro quo” — something of value given in exchange for something else — to pursue federal wire or mail fraud charges, according to Boston criminal defense attorney Robert Fisher, a former federal prosecutor.

“Here you have a parent purchasing your house for way over assessed value and way over what anyone would anticipate giving you for that home, so what’s the motivation?” Fisher said. “They’ll look at whether it was a bribe or gratuity, your classic quid pro quo, this for that, with the end result being Harvard was defrauded over that admission spot.”

Fisher said he believes investigators will have a “tough time” bringing charges in the Harvard case without the type of evidence gathered in the college admissions scandal. During that investigation, the admitted ringleader recorded telephone calls with parents, who prosecutors say acknowledged paying bribes to help their children gain admission to certain colleges.

What federal prosecutors do have is evidence of an unusual real estate transaction between a coach and the father of a student and prospective student.

Davis, who has worked in the Needham assessing department since 1992, visited the 1,400-square-foot home after the 2016 sale because it sold for significantly more than its assessed value, he told the Globe earlier this year.

The outside was “tired,” he recalled. “I expected to walk into the place, and it was going to be mint inside.”

Davis’s notes from the time described the $989,500 property as being “in bad shape” and said the sale “makes no sense.”

When the house sold 17 months later for more or less market value, Davis has told the Globe, he again noted the following: “makes no sense.”