By Shelley Murphy and Travis Andersen Globe Staff  May 30, 2019

The Robert Mueller who shunned the spotlight as special counsel during the two-year Russia investigation, and who spoke with restraint about his findings Wednesday, sounded a lot like the Robert Mueller who served as a federal prosecutor in Boston decades ago, a former colleague said Thursday.

“I am not the least bit surprised,” said Paul V. Kelly, whom Mueller hired as a prosecutor when he was acting US attorney in Boston in the 1980s. “Other than being a little grayer than I remember, he is the same Bob Mueller that he has always been. He’s patriotic. He cares so deeply about the country. He is non-political.”

His remarks Wednesday were “consistent with Bob’s character and his approach to the criminal justice system and has been for 40 years,” Kelly added.

On his last day as special counsel Wednesday, Mueller said he was legally barred from charging President Trump with obstruction of justice, but stressed that his investigation didn’t exonerate the president. 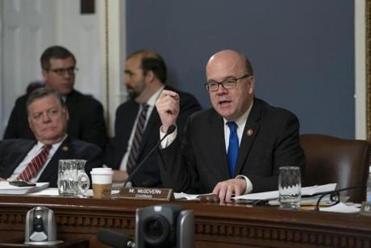 Representative Jim McGovern is calling for the House Judiciary Committee to begin an impeachment inquiry in the wake of Special Counsel Robert Mueller’s televised statement.

Mueller, director of the FBI from 2001 to 2013, said that if he were called to testify before Congress, he wouldn’t add anything beyond his publicly released report.

Mueller first came to Boston in 1982 as an assistant US attorney under William F. Weld. After Weld took another job in the Justice Department, Mueller led the office for more than a year.

Among reporters, Mueller was known as a tight-lipped prosecutor, routinely responding “no comment.”

After leaving the US attorney’s office in 1988, Mueller went to work at the Boston law firm Hill and Barlow. He returned to the Justice Department the following year.

He served as head of the department’s criminal division in the George H.W. Bush administration and returned to private practice in 1992, after Bush lost his reelection bid.

Mueller then went to work for the Boston firm of Hale & Dorr — which later merged with another firm to become part of Wilmer Cutler Pickering Hale and Dorr, or WilmerHale — before resuming his career as a prosecutor in 1995, serving as US attorney for the District of Columbia.

High-profile cases Mueller prosecuted in Boston included the so-called Examscam case, which involved police officers who stole civil service promotional exams and sold them to friends who cheated to advance to top jobs around the state.

He also prosecuted the case of a German spy who paid $15,800 for classified information from a Navy civilian employee who worked for the FBI as a double agent.

Mueller became FBI director in 2001, a week before the Sept. 11 attacks, and spent the next 12 years leading the agency in its mission against terrorism. He was at the helm when FBI agents captured Boston gangster James “Whitey” Bulger in 2011 in Santa Monica, Calif.

Martin G. Weinberg, a prominent Boston defense lawyer, said that Mueller has remained true to form during his time as special counsel.

“My experience of him when he was the US Attorney in Boston matches his performance as Special Counsel: he believes deeply in fairness and in process, his decisions were entirely evidentiary-based rather than being influenced by politics, personalities, emotions, or by any considerations extrinsic to the standards governing the conduct and charge decisions of federal prosecutors,” Weinberg wrote in an e-mail. “He treated everyone with respect but also with even-handed and consistent toughness.”

Mueller testified before the House Judiciary Committee in June 2013, two months before he stepped down as FBI director, about the investigation into the Boston Marathon bombings.

He said the FBI did a “thorough job” investigating Tamerlan Tsarnaev, one of the bombers, when Russian authorities alerted the agency in March 2011 of their belief that Tsarnaev was a terrorism threat.

Material from the Associated Press was used in this report. Travis Andersen can be reached at travis.andersen@globe.com.
Loading comments...
Most Popular in news
Real journalists. Real journalism. Subscribe to The Boston Globe today.