Market Basket boasts a lot of products, from deli meats to fruits and vegetables.

But you’re not likely to find any ghosts or ghoulish creatures among the items in stock.

At least, that’s according to a spokeswoman for the supermarket chain, who had to set the record straight this week after someone posted on social media that an apparition wearing Victorian-era clothing had been spotted floating through a store in Wilmington — a claim that led to national news coverage about the alleged encounter.

“As far as we know all of our stores are ghost-free,” Justine Griffin said in a statement to the Globe. “But if there’s anything to it, she’s probably attracted to our Victorian-era prices.”

The rumors about the ghost sighting began earlier this month after someone asked users in a private Facebook group for Wilmington residents whether they’d ever encountered a spirit while shopping for food. 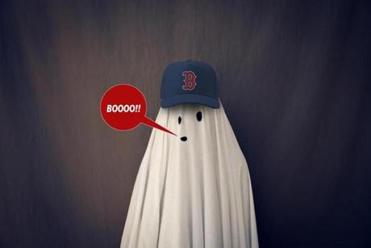 Some say they’ve seen a ghost at the Market Basket in Wilmington. Comedian Josh Gondelman would like to introduce you to some of our region’s other unsung apparitions.

“This is going to sound really really strange,” the person wrote. “But has anyone seen a ghost in the Wilmington market basket?”

The person later elaborated in the comments section of the post, and described the ghost as “an old Victorian era woman in her nightgown ... near the frozen peas. Lol.”

“I saw her and looked away to see if anyone else saw her and when I looked back she was gone,” the person wrote.

To many, it seemed the post was made in jest. But soon after it went up, others came forward and agreed that they had also seen something spooky inside the store while picking up food.

“I’ve seen something like this but ... younger,” one person wrote. “[Definitely] around that era tho, the clothes and hair style.”

The post was picked up by Wilmington Patch last week and then quickly seized on by media outlets both locally and nationally.

It even grabbed the attention of US Representative Seth Moulton’s office.

“Apparently a ghost is haunting the Wilmington Market Basket,” a tweet from Moulton’s Twitter account said Sunday. “I thought I only needed to worry about witches and ghouls in #Salem!”

Apparently a ghost is haunting the Wilmington Market Basket... I thought I only needed to worry about witches and ghouls in #Salem! https://t.co/Mfu78krRwG

As of Monday afternoon, there were more than 450 comments on the post, with many of them making light of the original claim, posting “Ghostbusters” memes and cracking jokes.

While Market Basket has playfully dismissed the idea — as far as the company can tell — that there’s a ghost in its Wilmington store, or any store, for that matter, some people relished the news.

“Finally Wilmington is on the map!!!,” one person wrote.