Beto O’Rourke, the former Texas congressman, will bring his buzzy new Democratic presidential campaign to New Hampshire Tuesday night, with up to 10 stops planned in less than 48 hours, the campaign announced Monday.

The trip will mark the first time O’Rourke has traveled to New Hampshire, the site of what is expected to be the first-in-the-nation presidential primary in 2020.

His nearly three day trip is scheduled to be the busier than that of his Democratic rivals who have been visiting for months or even years. From a Tuesday night rally until he leaves on Thursday afternoon he is expected to hold at least 10 events, one in each of the state’s counties.

O’Rourke will begin his trip with a “meet and greet” at the Keene State College Student Center on Tuesday night, where he will be introduced by Molly Kelly, the 2018 Democratic nominee for New Hampshire governor, who lives nearby. Details for the rest of the trip have not been announced other than that to note that it will be a barnstorming tour that will touch “rural, suburban and urban communities.”

O’Rourke became something of a political rock star last year when he ran against Senator Ted Cruz of Texas. In that contest, O’Rourke raised more money than any Senate candidate in US history and came up three points short of winning, no small feat in the deeply Republican state. 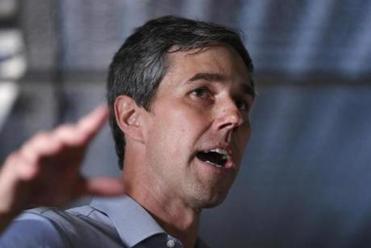 The “record-breaking” haul came “without a dime” from political PACs, corporations, or special interests, an O’Rourke spokesperson said.

Following the campaign, a nationwide Draft Beto movement began in Boston, while O’Rourke took to a road trip to ponder his future. Last week he decided to enter the race, kicking it off with three days of campaigning in Iowa before going to Wisconsin and Michigan.

O’Rourke will enter the New Hampshire primary with some ground to make up. His rivals like Senators Elizabeth Warren and Cory Booker have been hiring staff and criss-crossing the state for months. And, of course, Senator Bernie Sanders of Vermont won the state’s last presidential primary by 22 points and is leading all the polls in the Granite State.

Still, the primary is 11 months away and virtually all of the state’s activists and voters remain open minded about who they will back for president.