The news that Robert Kraft has been accused of soliciting sex in a seedy Florida massage parlor struck a nerve with Lisa Goldblatt Grace.

Since 2002, she has run a nonprofit dedicated to helping survivors of sexual exploitation called My Life My Choice. Kraft has been a friend to her group; out of nowhere, he donated $100,000 in 2015. The donation was highlighted in 2016, when ESPN gave Kraft an award for his humanitarian activities. Since then, he and his family have kept in touch— as recently as December, he met with her group at Gillette Stadium.

“As you can imagine, we were devastated by the news and the possibility that this is true,” Goldblatt Grace told me Sunday. “This has been a crisis of faith for us.”

Kraft’s legal woes may be a boon to the world of late-night comedy and talk radio, but to those touched by the moral rot of human trafficking, there’s nothing amusing about this.

That Kraft’s name would surface in such an investigation was a shock to many. In the 25 years since he rescued the Patriots from oblivion, Kraft has meticulously built a brand as a conscientious, if quirky, civic leader. He routinely gives money to small nonprofits. He has been known to perform other acts of charity, like paying for funeral expenses of those who can’t afford a proper burial. 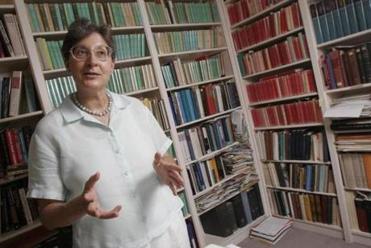 Nestor Ramos: In Robert Kraft’s name, a professor wrestles with sex and slavery

As a Brandeis professor, Bernadette Brooten has studied the long, intertwined history of sex and slavery. One of the names on her endowed chair? Kraft.

But that altruistic image is impossible to square with the allegations stemming from the Orchids of Asia Day Spa in Jupiter. As described by authorities, the place is the definition of seedy: a strip-mall storefront where immigrant women were essentially held in captivity, forced to sleep on massage tables and prepare food in a back alley.

I can’t imagine what Kraft was doing there.

Kraft has maintained his innocence. Meanwhile, Florida law enforcement officials say there is video evidence supporting their claims that each of the men they have identified asked for and paid for sex.

If Kraft is guilty, I don’t see how he can remain as the highly visible head of a cherished New England institution. Even if the NFL doesn’t impose long-term sanctions against him — which it may not, given the league’s dubious moral compass — the damage to Kraft’s public standing will be profound.

At this point, the sight of Kraft cheering on his team from a box at Gillette, as if nothing happened, is unthinkable.

I seriously doubt that the 77-year-old Kraft suspected the women he was patronizing were victims of human trafficking. I suspect he wasn’t thinking particularly deep thoughts about anything when he walked through the door. But that doesn’t excuse the fact that he stands accused of participating in a deeply demeaning and damaging activity. Ignorance is no excuse.

Goldblatt Grace says she is frustrated by the attention paid to cases like Kraft’s while few pay attention to the damage done by sexual exploitation on a daily basis. She’s right: These cases are quickly forgotten unless the men involved are famous. To the public, the victims are essentially invisible.

“The worst part about it is that this is happening everywhere all the time,” she said. “And while trafficking is particularly egregious, the truth is that the commercial sex trade is inherently harmful.”

Perhaps Bob Kraft has a contribution to make on this score.

Besides disappearing from public view for a while, Kraft can find a new mission for his philanthropy. He should make a major donation to help victims of trafficking in Florida. And he should do the same in Massachusetts, in the region that has made him so wealthy. Then, he should meet with victims and ask for forgiveness. His goal should not be mere philanthropy, but a sincere effort to make amends.

This is bigger than the Patriots, or football, or two misdemeanors in Florida. Kraft has always claimed that concern for other people is central to his legacy.

This would be a great time to prove it.

Adrian Walker is a Globe columnist. E-mail him at adrian.walker@globe.com.
Loading comments...
Most Popular in metro
Real journalists. Real journalism. Subscribe to The Boston Globe today.