A top court official has appointed a committee to evaluate potential changes to the state’s confidential clerk magistrate hearings, following the Globe’s Spotlight Team reports that highlighted uneven outcomes and potential abuses within the system.

Trial Court Chief Justice Paula Carey convened a “Trial Court Working Group” to review the way these hearings operate, according to court spokeswoman Jennifer Donahue. These hearings are designed for clerks to determine whether there is sufficient evidence to issue criminal charges for arraignment.

The seven-member committee is made up of clerk magistrates and judges from across the district and municipal court system. It is led by former Worcester District Court judge and East Brookfield clerk magistrate Paul LoConto and Judge Kenneth Fiandaca of the Boston Municipal Court.

Dan Hogan, the clerk magistrate of Boston Municipal Court’s central division and the president of the clerks association who serves on the new panel, said it’s too early to say what specific changes it may recommend. Donahue said she did not have further details on the group’s mission.

Supreme Judicial Court Chief Justice Ralph Gants and court leadership declined to comment on the committee through a spokeswoman, citing ongoing litigation filed by the Globe in October. The suit asks the state’s highest court for access to files from thousands of private hearings in which clerks rejected charges even after finding there was “probable cause” to issue criminal charges. 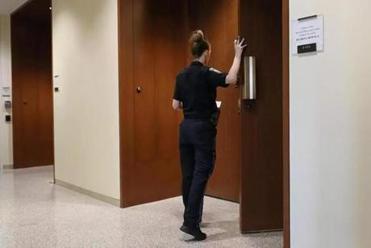 Editorial: Secret courts in Mass. don’t have to be so secret

There is no substitute for justice delivered in the bright light of day — even by clerk magistrates.

The committee was formed after the Globe Spotlight Team’s report “Inside our secret courts,” which found a haphazard system of justice in this part of the legal system. In Worcester District Court, for example, nearly 82 percent of cases were approved in 2016 and 2017, while less than 19 percent of cases were approved in Chelsea District Court during the same period. The report also found some evidence of racial disparities in which cases were selected for clerk magistrate hearings and how those cases were decided.

Massachusetts is unique across the country in this system of closed criminal hearings, according to the Globe’s review. Clerks, many of whom lack law degrees, determined outcomes for accusations as serious as rape, motor vehicle homicide, and kidnapping — and refused to issue charges in thousands of criminal cases, even when they concluded there was enough evidence for the case to go forward. More than one of eight charges considered in clerks’ hearings in the second half of 2017 were felonies, and clerks rejected nearly 62,000 requests for charges over the past two years.

Margo Lindauer, director of the Domestic Violence Institute at the Northeastern University School of Law, who has represented victims in clerk’s hearings, said it’s a positive first step that the court is officially studying the issue. But she urged the committee to expand its membership to include prosecutors, defense attorneys, and police detectives who frequently file applications for criminal complaints.

“The focus needs to be on increasing transparency. I think clerk’s hearings should be public or recorded and accessible,” Lindauer said. “And clerks should explain their decisions in writing, especially when they find probable cause but don’t issue a complaint.”

Robert Ambrogi, the executive director of the Massachusetts Newspaper Publishers Association, said he was heartened by the formation of committee, but he also encouraged court officials to seek opinions from the media and the public at large.

Ambrogi, who believes the hearings should ultimately be public by default, said, “I do think that if the court is going to appoint a committee to study this, the committee needs to include people outside of the court system to bring their perspective.”

Some supporters of the clerk magistrate hearings have chafed at any step toward opening up the confidential hearings. They say that making changes to the hearings could become yet another way to mark someone with a criminal record, amid ongoing reforms to ensure minor offenses don’t unfairly affect someone’s future.

“The problem with transparency is that it’s so easy to put everything on the Internet — and that once it’s open, it’s going to get out there,” said Charlie Rankin, a veteran defense attorney.

Yet other advocates for the system say that some changes are necessary to restore trust in the system. David Rossman, the director of Boston University Law’s Criminal Law Clinical Programs, said that opening up the hearings could allay the concerns of any bias or favoritism that could occur in private.

For example, the Globe’s report found cases that included public officials who were quietly able to avoid charges through these private hearings: A district court judge in 2014 was caught on camera taking a $4,000 Cartier watch from a security belt at Logan International Airport, but the clerk declined to issue charges. Recently, the Globe also reported that a clerk magistrate refused to release records regarding a county commissioner who left a clerk’s hearing without charges after he was accused of punching a patron at an Elks Lodge in Quincy — even though district court guidelines recommend that clerks release the files in high-profile cases.

“If this system works properly, it could do a lot of good,” Rossman said. “It’s not clear to me that the magistrates need to do this behind closed doors.”

Todd Wallack and Jenn Abelson of the Globe staff contributed to this report. Nicole Dungca can be reached at nicole.dungca
@globe.com. Follow her on Twitter @ndungca.
Loading comments...
Most Popular in metro
Real journalists. Real journalism. Subscribe to The Boston Globe today.