Six national veterans groups, outraged by details of substandard care at the veterans’ nursing home in Brockton, are calling on the federal government to improve care at all its facilities.

“Anybody who respects veterans should be angered by this,” American Legion National Commander Brett Reistad said. “America’s veterans deserve better.”

The groups, who together represent nearly 5 million members, said veterans who risked their lives for their country shouldn’t have to risk their lives in VA nursing homes.

The organizations were responding to a report last week by The Boston Globe and USA Today detailing the Department of Veterans Affairs’ own findings of “blatant disregard for veteran safety” at the Brockton home.

Earlier this year in Brockton, VA investigators found two nurses fast asleep during their shifts, even though the facility knew it was under scrutiny and inspectors were coming to visit. 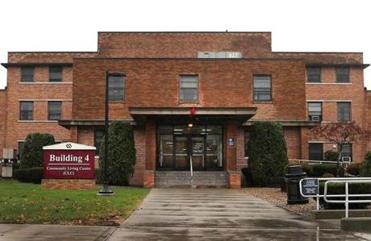 Investigators found a nurse and a nurse’s aide fast asleep during their shifts — one dozed in a darkened room while the other was wrapped in a blanket in the locked cafeteria.

A former nurse prompted the investigation, contending that nurses and aides did not empty the bedside urinals of frail veterans, failed to provide clean water at night, and didn’t check on the veterans regularly.

The VA said the napping nurses no longer work at the facility. Spokesman Curt Cashour said the VA is “continuously striving to improve all of its health care facilities.”

The story was the latest in an investigation by the Globe and USA Today that revealed care at many VA nursing homes was worse than at private facilities, according to the agency’s own internal ratings, which were kept secret for years.

“The stories being reported about the treatment of some individual veterans at these facilities are nothing short of horrifying,” said Rege Riley, national commander of American Veterans, known as AmVets. He called on VA Secretary Robert Wilkie to “take swift and transparent action to fix this.”

Veterans of Foreign Wars, Disabled American Veterans, Paralyzed Veterans of America, and Vietnam Veterans of America joined AmVets and the Legion in calling for action in the wake of the news report. Together, the groups are known as the “big six” and wield considerable clout in Washington.

“We look forward to briefing each of these groups in the near future regarding these crucial facts,” Cashour said.

Reistad, the American Legion’s commander, said that his group met Sunday with VA officials and he is confident they will work with veterans’ groups to “institute needed improvements.”

The VA has 133 nursing homes across the country that serve 46,000 veterans annually.

Newly released VA data show that 95 of them — about 71 percent — scored worse than private nursing homes on a majority of quality indicators, such as rates of infection, serious pain, and bed sores.

Roughly the same number, 93, received one or two stars out of five for quality in the agency’s own ratings.

“(Veterans’) families deserve to know that their loved ones — their heroes — are not being abandoned or abused, and America needs to be reassured that the VA is honoring our nation’s promise to those who have borne the battle,” said VFW National Commander Vincent “B.J.” Lawrence.

The VA released the quality rating information on its nursing homes in June after learning that the Globe and USA Today planned to publish it. The agency still has not released the results of its own inspections of nursing homes.

The reports can include instances of neglect or poor conditions that can be a tip-off to current and prospective residents about problems at a facility.

Cashour said the VA is working with the outside contractor who conducts inspections to remove patient information from its reports before they are released.

The Republican-led House VA Committee launched an investigation of VA nursing home care after the initial Globe and USA Today reports. A spokeswoman, Molly Jenkins, said the probe won’t be finished in time to hold a hearing this year as anticipated.

Federal lawmakers from Massachusetts, home to one-star VA nursing homes in Bedford and Brockton, are demanding to know what steps the VA has taken to improve patient care.

“The continued care lapses at VA facilities raise questions about whether concrete, lasting measures are being implemented to prevent misconduct from occurring again — or whether certain VA facilities are unable to institute changes necessary to provide our veterans with the care befitting their service to the country,” Democratic Senators Ed Markey and Elizabeth Warren wrote in a letter to Wilkie that they said would be sent Monday.

They demanded answers to a number of pointed questions and the most recent report from the inspection of the Brockton VA nursing home.

“The fact that we can’t treat Americans who put their lives on the line with dignity when their lives are on the line here at home later in life is disgusting,” said US Representative Seth Moulton, a Massachusetts Democrat and veteran who receives his medical care at the Bedford VA.

Andrea Estes can be reached at andrea.estes@globe.com.
Loading comments...
Most Popular in metro
Real journalists. Real journalism. Subscribe to The Boston Globe today.