Massachusetts is a state that likes to brag about its exceptionalism, but its unusual secret court system is hardly a point of pride.

Only here do court clerks with sketchy legal training — but, often, political connections — get to dispense justice with no public record left behind, and hardly any oversight.

That sorry state of affairs was laid bare in a report this Sunday by the Globe Spotlight Team. It revealed an opaque and deeply broken system that demands to be fixed immediately.

Oh yeah: That system is probably unconstitutional as well.

Every year, tens of thousands of cases are adjudicated in what are known as “show cause” hearings in district courthouses. In those hearings, appointed clerk magistrates pass judgment on cases in which suspects have not been arrested, and do not pose an obvious flight risk or threat to public safety. Many of these cases are misdemeanors, though a large number of them are not. There is no notice of these hearings, and no record of what happened. 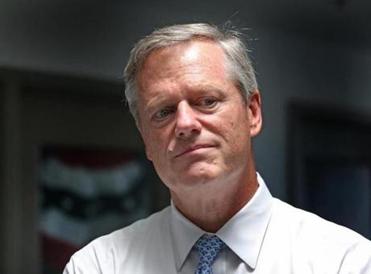 On Beacon Hill, a call for transparency for ‘secret courts’

Officials were responding to a Globe Spotlight report that detailed how secret criminal hearings resulted in some suspects not facing charges for serious crimes — even though police had substantial evidence.

No real court operates in such a secret manner, and for good reason.

Defenders of this archaic system — which dates back decades — claim that it is an efficient way to deal with minor matters that would otherwise waste court time, and to spare would-be defendants the embarrassment of a criminal record.

But that reasoning falls apart when the cases are actually reviewed. Many of them, contrary to lore, involve felonies. Some involve matters as serious as domestic violence or fatal motor vehicle accidents. It isn’t true, as court personnel have claimed for years, that these are mostly neighborly squabbles.

Consider the case of Leeneth Suazo, featured in Sunday’s story.

Suazo was allegedly assaulted by her ex-boyfriend when she was four months pregnant. A judge granted her a restraining order, and police attempted to have the assailant charged with felony assault and battery.

But an assistant clerk magistrate in Dorchester Municipal Court offered the ex-boyfriend a deal: If he avoided trouble for a few months, the case would be closed, with no charges and no record. It could just go away.

That’s not justice; that’s injustice. Of course, he took the deal.

In response to the story, Beacon Hill leaders did one of the things they do best — they feigned surprise and outrage. They may not have known the details but couldn’t possibly have been shocked by the open secret that clerk magistrates wield too much power, with too little accountability.

What reforms should be made?

At a bare minimum, the secrecy of the system has to go. The court system should never operate in secrecy. The public has a right to know what is happening and how. Both hearings and findings should be public. If a matter is serious enough to get to the courthouse in the first place, then the argument that it is too minor for public notice makes no sense.

But can we think a little bigger here? This whole system is, at best, a relic. Clerks play an essential role in the legal system, but they should not be mini-judges. They shouldn’t decide cases at all.

This is supposed to be a progressive state, but that’s often not the case. If our politicians really care about reforming the justice system, this is a great place to start.