Baker, House Speaker Robert A. DeLeo, and Senate President Karen E. Spilka told reporters they would support further study of the concerns raised in the Spotlight report, called “Inside our secret courts,” which detailed how the private criminal hearings allowed some suspects to leave court without any charges for serious crimes — even though police had substantial evidence.

The governor said his biggest concerns involved transparency for the system, which doesn’t allow the public to attend the hearings or look up the cases if charges against a person are set aside by a clerk magistrate.

“There should be, as there is for stuff that gets diverted through the traditional court system, a record of some kind, to create the transparency that there should be when we deal with this sort of thing,” Baker told reporters after a weekly meeting for legislative leaders in the State House.

Spilka said she would be willing to work with lawmakers and the courts to figure out how to open aspects of the process. 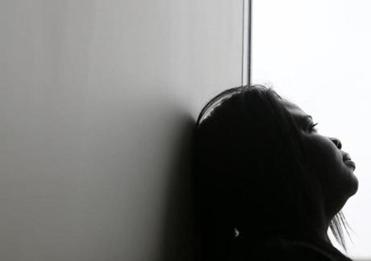 In the darkest corner of Massachusetts’ justice system, criminal charges often disappear without a trace. There are few rules in these private hearings and fewer records. They are a place where who you are — and who you know — may be just as important as right and wrong.

“I think that we need transparency in our judicial hearings, and clearly it’s a balance for some, whether it be domestic violence or [other crimes] where it may not be the best to have a public hearing,” said Spilka, an Ashland Democrat. “But our constitution does require . . . transparency.”

The Spotlight Team’s investigation revealed that no other state has a widespread system similar to the unusual closed-door practices within Massachusetts’ district courts. Under the system, suspects accused of crimes who have not been arrested are given a closed-door hearing, where a clerk magistrate can decline to issue the charges. The hearings include mostly misdemeanor crimes, but a Globe analysis found one out of eight during the second half of 2017 were felonies.

The report detailed a seemingly haphazard system of justice with wide disparities in outcomes across courthouses, including significant racial disparities within certain district courts. In Worcester, for example, clerks issued charges in nearly 82 percent of cases in 2016 and 2017, while Chelsea clerks issued charges in only about 19 percent of cases during that same time. The Globe also found that clerks refuse to issue charges in thousands of criminal cases annually even when they conclude there is enough evidence for a case to proceed, including serious accusations such as child abuse and motor vehicle homicide.

In a statement, Trial Court Chief Justice Paula Carey and Court Administrator Jon Williams defended the clerks’ hearings. “We think the show cause hearings function well in fulfilling the role set forth in Supreme Judicial Court decisions to screen out questionable cases or to resolve minor offenses without creating lifetime criminal records, consistent with the goals of criminal justice reform legislation,” they wrote.

The regular district court system also offers alternate resolutions for first-time offenders and others who deserve compassion when faced with charges. Judges in public sessions can dismiss charges under certain conditions, and prosecutors can decline to go forward with cases. But lawmakers on Monday said they were eager to take a deeper look into improving the system.

Senator Jamie Eldridge, an Acton Democrat, said he hopes to again file legislation that would place the judiciary under the state’s public records law, and said he will be sure to emphasize aspects of the clerk-magistrate’s system in the bill.

Having a system behind closed doors, he said, is “a blow to a truly fair judicial system.”

Eldridge said he would have to study whether to make such hearings public, adding that there should be a balance between transparency and protections for defendants who have been accused of minor crimes.

The report prompted calls for further study from advocates working against domestic violence. “The Spotlight article calls on all of us to take a serious look at this system to ensure there is not only transparency and accountability, but also equity in people’s access to justice,” said Toni K. Troop, spokeswoman for Jane Doe Inc., a nonprofit that focuses on preventing sexual and domestic violence.