The Department of Homeland Security’s Office of Inspector General will conduct an investigation into Quiet Skies, a domestic surveillance program in which federal air marshals follow US citizens not suspected of a crime on flights and through airports.

The inspector general’s office said it would review the Transportation Security Administration’s Quiet Skies program and its compliance with privacy laws, its effectiveness, and other aspects of the program, according to a letter issued Monday to Representative Michael E. Capuano’s office.

The Massachusetts Democrat requested a review, and other lawmakers demanded answers, late last month following a Globe report that revealed the existence of the program and detailed the surveillance efforts on domestic travelers who were not on any terrorist watch list.

The report sparked swift outrage from privacy and civil rights groups, as well as from federal lawmakers who had concerns about its legality, the congressional oversight of the program, its cost to taxpayers, and overall purpose.

“I hope they have their ears to the ground,” Capuano said of the TSA on Tuesday. “My expectation is TSA will put the program on the shelf pending review, I would think that would be the most thoughtful thing to do.” 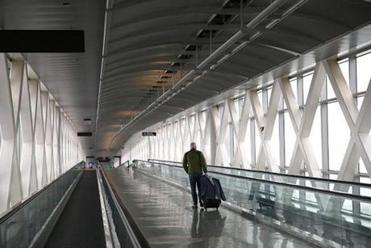 Air marshals are conducting a new domestic surveillance program, tracking people as they fly and move through airports. It might be illegal.

The TSA, which oversees the Federal Air Marshal Service, initially refused to acknowledge the program, but provided broad details of the initiative and defended its actions following the Globe report.

The TSA did not respond to several requests for comment Tuesday.

The Quiet Skies program dates back to 2012, according to documents and statements from TSA officials, but the agency stepped up surveillance under the program in March. Since then, some 5,000 people have been tracked, but none has been deemed a threat, according to three people with direct knowledge of a congressional briefing on the program.

Under the program, all US citizens who enter the country from abroad are screened. Passengers may be selected through a broad, undisclosed set of criteria for enhanced surveillance by a team of air marshals on subsequent domestic flights, according to agency documents.

Since the Globe disclosed the existence of the program, top agency officials have been on an extensive media tour in recent days, defending the program to news outlets and at a travel industry conference.

“If an agency responsible for security has some information that might indicate that there may be — emphasis on ‘may be’ — more risk with a particular passenger, providing some mitigation or some risk management on the flight is a very important and very reassuring thing to me.”

But several air marshals have told the Globe the program targets passengers who pose no threat, such as a working flight attendant, a business executive, and even a fellow federal law enforcement officer, among others. The air marshals said the program is misguided and pushes the boundary of the law.

Meanwhile, the union representing many of the 2,000 to 3,000 air marshals said the public would be better served if Quiet Skies were abandoned. The union’s president previously told the Globe that air marshals should be reassigned “to airport screening and check-in areas so that active shooter events can be swiftly ended, and violations of federal crimes can be properly and consistently addressed.”

The Department of Homeland Security, as well as its inspector general, did not respond to requests for comment Tuesday afternoon.

In March, the agency enhanced and broadened the program, deploying teams of federal air marshals to conduct targeted surveillance missions on Americans traveling on domestic flights.

The air marshals were instructed to detail their minute-by-minute surveillance in extensive reports, then submit them to TSA, which compiled the material in a database.

This includes whether passengers fidget, use a computer, or have a “cold penetrating stare,” among other behaviors, according to agency documents.

Quiet Skies surveillance marks a significant ramping up of efforts for TSA. The agency traditionally put armed air marshals on flight routes it considered potentially higher risk, or on flights with a passenger on a terrorist watch list. Deploying air marshals to gather intelligence on civilians not on a terrorist watch list or under suspicion of a crime is a new dynamic.

Inclusion in Quiet Skies is based on undisclosed criteria, including travel patterns and potential affiliations. The TSA has declined to provide details.

Statements from several air marshals, and documents obtained by the Globe, show that teams of air marshals have been tasked with tailing passengers simply because the person had previously traveled to Turkey.

The agency has also declined to discuss why it is collecting vast amounts of personal information about the movements of US travelers and what the agency is doing with that information.

Capuano said he hopes the inspector general will find answers to these and other questions.

“That they‘re looking at it tells me they’re looking in the right direction,” Capuano said.

He and other lawmakers said they were not aware of the program, and were unhappy to learn about its existence via a news outlet.

Even cautious defenders of the program applauded news of the inspector general’s audit Tuesday. “We’re pleased that the inspector general is moving forward with an audit and will utilize the findings as part of our oversight,” said a spokesman for Senator John Thune, a South Dakota Republican and chairman of the Senate Committee on Commerce, Science, and Transportation.

TSA, which spent $800 million on the Federal Air Marshal Service in 2015, has come under fire in recent years for its use of resources and deployment strategy. A 2017 Government Accountability Office report found the agency has no information about its effectiveness in deterring attacks.

Jana Winter can be reached at jana.winter@globe.com. Follow her on Twitter @JanaWinter. This investigation was made possible through the Spotlight Investigative Journalism Fellowship, a social impact initiative of Participant Media. For more, go to www.spotlightfellowship.com.
Loading comments...
Most Popular in metro
Real journalists. Real journalism. Subscribe to The Boston Globe today.