It’s hard to put a start date on America’s War on Clutter, but you could trace it to 1978, when the first Container Store opened in a 1,600-square-foot space in Dallas, or to 1985, when a few professional organizers from California saw gold in people’s junk and started a trade association that today counts about 3,400 members.

But despite an industry that’s grown so massive it’s become its own form of clutter — with books, and experts, and storage containers, and apps, and YouTube videos — we’ve made so little progress that even the professional organizers aren’t pretending the problem has been solved — or even that it’s solvable.

In Melrose, Kathy Vines, of Clever Girl Organizing, calls decluttering a “journey.” “There isn’t an end game,” she said.

“It’s a daily struggle,” said Rebecca Cooper, creator of the popular Simple As That blog.

“Most of us will never get there,” said Vanessa Hogan, of a Second Pair of Hands, in Boston, who says design magazines showcasing tidy playrooms and pristine garages erode women’s self-image as surely as airbrushed photos of bikini models. 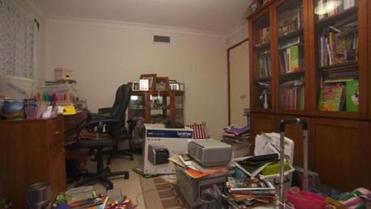 Do you know your clutter triggers? A professional organizer’s 5 key tips

“Later” is a dangerous word when it comes to organizing your stuff — and other decluttering traps.

“We’re all brainwashed to think we can work, take care of the kids, please our husbands,” she said. “But you can’t do 15 things at the same time and also fight the clutter.”

It can present as a once-used bread machine or Lego hair that’s come unsnapped from its person.

It can look like Tupperware without its assigned top, garden tools when there’s no garden, expired coupons, a bottle of hardened glue, a mushy basketball that will never again bounce.

In 2012, after several years of observing humans living among clutter as if they were animals in a very messy wild, UCLA-affiliated social scientists concluded that families are prisoners of their own clutter, so overwhelmed by junk they often can’t park their cars in the garage, and that managing the volume of possessions raises stress hormones.

Six years later, the clutter is still winning — but it’s certainly not for lack of effort on our part.

In fact, a person could spend her whole day in anticlutter pursuits, reading about clutter, donating clutter, fighting with spouses and children about clutter.

There are decluttering challenges that have people throwing away 40 bags in 40 days, ridding their homes of 2,018 items in 2018, committing to 15 minutes of decluttering 365 days a year.

People are buying shelving units and baskets and see-through plastic containers that hold one pair of shoes, convinced that with the right storage, they can conquer their demons, both physical and psychological.

The desperate are paying professional organizers up to $150 per hour to force them to face facts.

“You are never going to be a size four again,” Hogan, the Boston organizer, tells clients, “and if you are, it’s because you are sick.”

This is not what anyone wants to hear, but even decluttering might not help reduce clutter. As dieters know, the house always wins. Flab comes back, and so does stuff.

“You can’t stop it,” said Lisa Ouellette, a mother of three in Winchester. Like many, she feels powerless — over friends and family who ply her young children with gifts, against the paperwork for appliances that came with their new house, admittedly even against herself and the stuff she buys online.

On a recent afternoon she was preparing to give away five bags. “It’s starting to make me and my husband ill,” she said.

Perhaps no one is better positioned to see the battle than Lisa Gozashti, co-owner of Brookline Booksmith,where the decluttering section is growing ever larger, and customers who start with the best-selling “The Life-Changing Magic of Tidying Up” come back for “The Gentle Art of Swedish Death Cleaning.”

“It’s a complicated subject,” she added. “There are people who simply can’t declutter — for a lot of different psychological reasons — but they want to, and the urge gets sparked periodically. Then they come in and buy another decluttering book.”

The clutter-prone are trapped by guilt and fear, said Ellen Delap, president of the National Association of Productivity and Organizing Professionals.

She gave an example: “Am I the right kind of parent if I don’t save all of my children’s artwork?”

In today’s world, clutter isn’t just physical. Digital clutter is now a thing. Ann Marie Heasley, creator of the Lent-inspired “40 Bags in 40 Days” challenge, is working to reduce the notifications that overrun her phone. “I want to focus on my family and not let Facebook consume my life,” she said.

Meanwhile, in Plymouth, Lauren Chalas, a graphic designer, says she’s been “scared straight” by the clutter she had to deal with in the homes of five deceased relatives, all of whom had hoarding tendencies, and some of whom were in the process of going through their things when death came.

“Everyone thinks they have more time on this planet than they do,” she said.