A doctor who was dismissed from Fenway Community Health Center after allegedly sexually harassing and bullying co-workers has stepped down from two other prestigious medical positions, according to officials of those institutions.

Dr. Harvey J. Makadon, 70, resigned from Beth Israel Deaconess Medical Center on Dec. 8, a spokeswoman said, the day a Globe story detailed the allegations against him at Fenway. That same day, his role as a member of the faculty at Harvard Medical School ended, according to a Harvard spokeswoman.

The spokeswomen declined to comment on additional allegations that have surfaced about Makadon in recent weeks, both in his role as a physician at Beth Israel in the 1990s and as a member of the Harvard Medical School faculty.

Three men — two doctors and a lawyer — told the Globe in detail about improper interactions with Makadon some 25 years ago that are troubling them anew, they said, amid the national furor over sexual harassment.

One said Makadon made a pass at him when he was a Harvard graduate student, while another said he was a newly minted doctor, in training under Makadon at Beth Israel, when Makadon allegedly touched him in the dark during a presentation. A third was a patient of Makadon’s, with whom Makadon allegedly initiated sex at his home. 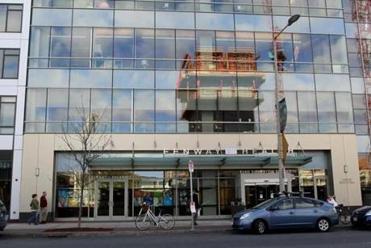 The new allegations suggest that Makadon’s alleged sexual misconduct predates complaints against him starting in 2013 at Boston’s Fenway Community Health. The medical center’s chief executive and chairman resigned last month in the wake of the Globe report, which found that an outside law firm hired by Fenway recommended Makadon be fired in 2015.

Makadon, in statements provided by his lawyer, said some of the allegations against him are untrue, but he apologized for his behavior in other cases. In some instances, he said, he could not recall the accusers or alleged events.

“I now understand that at times my behavior caused some to feel uncomfortable in my presence. For that, I am truly sorry,’’ he said in the statement.

“I have worked hard during my career to advance the care of patients with HIV and sexual and gender minorities,” Makadon said. “I have never knowingly used my role to harm those whom I sought to help.”

Dr. Armin Fidler said he was 29 and a graduate student at Harvard’s School of Public Health when he met Makadon in 1990. Both men were part of an AIDS committee at Harvard, Fidler as a student representative and Makadon as a well-known Boston physician to gay men.

When Makadon offered to take Fidler to dinner to discuss a work matter, Fidler was honored.

“I was a very poor international student, and to have dinner with a Harvard professor, that seemed like a fantastic opportunity for me,’’ he recalled. But he was quickly disappointed — and shocked — by how the evening went.

Instead of heading to a restaurant, Makadon allegedly drove Fidler to his home in the suburbs, saying he had to pick something up, Fidler said. Once inside, Makadon put on music, went upstairs to change, and returned in a bathrobe, to Fidler’s shock, he said.

‘I now understand that at times my behavior caused some to feel uncomfortable in my presence. For that, I am truly sorry.’

Fidler insisted they go to dinner as planned, he said. Makadon then allegedly took him to Club Cafe, a gay restaurant in Boston’s South End, where Fidler, who is straight, said he felt uncomfortable. At one point, he said, Makadon put his hand on Fidler’s leg under the table. Fidler then demanded to be taken home, he said.

“It was very, very disturbing to me at the time and later on,’’ said Fidler, who went on to work at the World Bank, responsible for health strategy, and now teaches. He sought therapy later in life over the incident, he said.

Coincidentally, in November, prior to the Globe’s report on Makadon’s alleged behavior at Fenway Health, Fidler had written to Harvard to complain of “serious sexual misconduct” by Makadon in 1990. In his e-mail correspondence, a copy of which he provided to the Globe, he asked whether other students had suffered similarly at the hands of a Harvard faculty member.

“The fact that I am still thinking about it tells me that the trauma of this experience still lives on,’’ Fidler wrote.

Mahnaz El-Kouedi, associate dean for faculty affairs at the Harvard T.H. Chan School of Public Health, in an e-mail response to a Globe inquiry, said she has not received other complaints about Makadon. She said the school contacted Harvard University and Harvard Medical School about the Fidler complaint.

Makadon said he did not recall ever meeting Fidler and that the allegations were false.

Dr. Gary Brissette was one of a group of new doctors under Makadon’s watch at Beth Israel from 1992 through 1994, and counted Makadon as his mentor. He recalled that Makadon sat beside him at a presentation one day, and when the lights were dimmed, Makadon rubbed his leg against his own. After that,Makadon touched Brissette’s leg, he said.

“I never said a thing to him, ever,’’ said Brissette, who did not want to do anything to derail his career. He had to continue having regular meetings with Makadon, who never tried to touch him again, Brissette said.

Although he never reported the incident to higher-ups, Brissette said, he now recognizes it as something more than just a nuisance amid the rigors of medical training.

“It was definitely an experience that, as a trainee, I should not have had to have dealt with,’’ he said.

Makadon said he did not recall the incident with Brissette, but he thinks “very highly of Dr. Brissette and, if my behavior in the past made him feel uncomfortable in any way, I sincerely regret that.”

The third man who told the Globe his story was a lawyer in his late 30s working for the state when he was referred to Makadon for routine medical care around 1987.

The man said Makadon sat close to him during his first appointment at Beth Israel, tapping the man’s foot with his own. Down the road, Makadon invited the man to lunch at his home, then to watch TV — in his bedroom.

“It was bizarre. I was vulnerable,’’ said the man, who asked not to be named for his family’s privacy. “There were so many red flags.”

Makadon initiated sex, the man said, and he went along with it. Because Makadon was a revered physician in the gay community, the man continued doctor visits with him at Beth Israel until 1995.

Makadon did not deny the man’s account, but said there was no doctor-patient relationship with him at the time, an explanation the man said is untrue.

“It was always my practice never to engage in any kind of intimate relationship with anyone who was actively under my care and I did not do so” in this case, he said.

Dr. Beverly Woo, a longtime colleague of Makadon’s who taught with him at Harvard, said former residents and people who have worked closely with Makadon have been surprised by the allegations against him. “They have been extremely positive about working with him. Never has anything been raised about ethical issues,’’ she said.

The state Board of Registration in Medicine lists Makadon’s license as “active,” but notes that he is not currently practicing. He has no record of discipline with health care facilities.