Mary “Mimi” Bull was happily married and the mother of three children when she found out that her biological father was a Catholic priest she had known growing up in Norwood in the 1940s. She had always believed that she was adopted and that the priest who often visited was just a family friend.

But it wasn’t until last month, at age 80, that Bull finally spoke to someone with a life story like her own. He is an Irish activist who learned as an adult that his godfather, a local priest, was really his biological dad. Bull talked on the phone for an hour with Vincent Doyle, the first time she had ever spoken with another priest’s child.

“It was huge,” Bull told the Globe.

Many children of priests grow up thinking they are alone in their situation, in their confusion, anger, or sorrow. But they are now discovering how much company they have, and some are coming forward in the aftermath of a Globe Spotlight series in August on a painful, little-discussed issue in the Catholic church: the fate of children born to priests who break their promise to live without marriage or sex.

Many grow up without the love and support of their fathers, and are often pressured to keep the relationship a secret. Others, like Bull, don’t even know who their biological father is until adulthood, if ever. 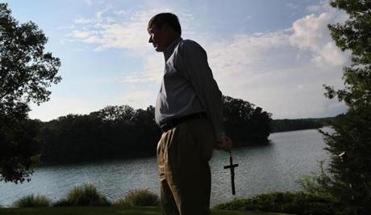 A Globe review finds the children are often denied love and support and pressured to keep the scandal secret. And the church has done little to help.

“We are clearly crawling out of the dark places of the church,” said Bull, who contacted Doyle, founder of a support group for children of priests, through the Globe.

The Globe so far has identified 19 people with connections to the Boston area who have strong evidence that they are the children of priests. Some have birth certificates or other documentation to support their assertions, while others have corroborating witnesses; in all cases, their fathers are deceased.

Their life experiences are as varied as their backgrounds, ranging from successful, well-adjusted people like Bull, who admires her parents’ extraordinary effort to keep her biological father in her life, to those who have spent years suffering from emotional and financial neglect.

But virtually all of them share one thing: a feeling that their stories have been kept in the shadows too long.

The growing number of people now identifying as children of priests has drawn a mixed reaction from the church so far, ranging from relative silence in Boston to indications that some church leaders may for the first time provide official guidance on a priest’s responsibility to his children.

Boston Cardinal Sean O’Malley has said little about the issue, even though he is a close adviser to Pope Francis and head of the Pontifical Commission for the Protection of Minors, which is preparing to advise the pope on how to prevent clergy sexual abuse. He declined requests for an interview.

O’Malley has acknowledged that some priests do have children, citing in his blog the popular 1970s novel and 1980s miniseries, “The Thorn Birds,” about a young woman in Australia who falls in love with a priest.

O’Malley concludes his blog post by saying that the offspring of priests are “a serious problem but in my experience as a priest and as a bishop, the instance of when a priest has fathered a child has not been very frequent.”

But the number of people with ties to the Boston area who claim to be the children of priests suggests the phenomenon may not be all that rare. Greater Boston represents only a tiny fraction of the world’s Catholics, suggesting that the total number of priests’ offspring worldwide could number in the thousands.

In the larger Catholic world, there are signs of a new willingness to address the needs of children of priests, a problem that has quietly dogged the church since leaders forbade priests to marry or have children nearly 900 years ago.

Last month, two members of the commission O’Malley leads said the group has decided to tackle the issue, creating a working group to develop guidelines to ensure that children born to priests are adequately cared for.

“It’s a horrendous problem in many cultures, and it’s not something that is readily talked about,” commission member Krysten Winter-Green told the Associated Press.

A spokesman for the Vatican said he could not confirm Winter-Green’s contention that the commission is looking at the children of priests.

But two other well-established Catholic groups, which together represent the supervisors of as many as half of the world’s 400,000 priests, are taking concrete action to address the issue.

The Conference of Major Superiors of Men, a research and advisory body for the supervisors of 11,500 religious order priests in the United States — just under a third of the total — has begun ratifying a set of principles for priests who father children, a process that could be completed as soon as January.

The principles, recently approved by bishops in Ireland, call for any priest who fathers a child to take “personal, legal, moral and financial responsibility” for his offspring, and to include the child’s mother in all decisions about the child’s welfare.

“The fact that you have the Irish Catholic Bishops’ Conference approving a policy should speed this along fairly quickly,” said Rev. Gerard McGlone, the organization’s associate director for the protection of minors. “Most of the religious superiors I’ve spoken with say, ‘Yeah, this seems logical and absolutely reasonable to look at.’”

In Rome, the worldwide umbrella group for the leaders of religious order priests has already e-mailed the Irish principles to some 220 members throughout the world.

The Rev. David Glenday, secretary general of the Union of Superiors General, said the organization’s executive committee signed off on the principles earlier this year after they were brought to their attention by Doyle, founder of the support group known as Coping International.

He cautioned, however, that only the Vatican can require bishops and the supervisors of religious order priests to follow protocols for dealing with priests who father children.

Several of those who recently contacted the Globe, saying they were children of priests, said they tried for years to draw attention to the issue, but with little success.

Vincent Begley, the half-brother of a Needham man with whom he shares the same biological mother but a different priest-father, even published a 1989 book recounting their story, only to have it land on what he jokingly calls the “least seller” list.

“That was more than 20 years ago and all I heard was crickets,” he said.

Begley, who lives in New York, and his half-brother, Thomas Harkins, were both put up for adoption and both say they’re grateful for their adoptive families. If anyone was victimized by the failure of their fathers to live up to their promise to lead celibate lives, it was their mother.

Begley said their mother met the Rev. Maurice Leo Sullivan in St. Helena’s parish, in the Bronx, the beginning of a relationship that led to Harkins’s birth in 1945.

Three years later, after seeking counseling from a second priest, the Rev. James Kevin Hargrove, the pair started a relationship and she gave birth to his child, Begley.

The story of Adrian Senna and Carla Latty, who grew up separately and later discovered they are very likely the offspring of an African-American woman and a white priest from Foxborough, also failed to draw lasting attention, even though it was the subject of a 2009 lawsuit that was covered by the news media.

In their lawsuit, the siblings said their father’s religious order, the St. Joseph Society of the Sacred Heart in Baltimore, knew that the Rev. Francis E. Ryan had fathered them, but never intervened or took responsibility for their well-being.

They said Ryan had a long-running affair with their mother, Anna Maria Franklin Senna, beginning in the Deep South and continuing in Boston.

Adrian Senna said he did not believe Ryan was his father when a fellow teenager suggested as much when Ryan visited his mother in the predominantly black Whittier Street public housing development.

“One of the guys asked me, ‘Is that your dad?’ And I said, ‘No, he’s just a friend. He’s a priest,’ ” Senna recalled. “Then it struck me years later that this kid could see things a lot better than I did.”

But Senna and Latty lost their suit in part because of constitutional protections for religion, according to Carmen Durso, an attorney for the siblings.

The church has the right to demand that priests live without marriage or sex, but cannot be held liable when priests fail to meet that requirement.

“The courts can’t get involved in resolving a religious dispute,” Durso said. “But when you think about what happened to them — finding out your racial background isn’t what you thought it was, and then finding that your father was a priest — it’s really shocking.”

Mimi Bull said she spent years trying to find someone outside her family who would believe her story or at least listen to her, but to no avail.

She said she contacted former priests who she believed would be sympathetic, but never received a meaningful response.

And in 2002, after the Spotlight Team revealed the pervasive cover-up of clergy sexual abuse, she called the Boston Archdiocese to ask if there was a support group for the children of priests that she could join.

“I called the chancery and of course I got one of these very prim ladies,” Bull recalled. “I said I’m interested to know if you have a support group for the children of priests, and I got dead silence. It was worth the whole phone call.”

Bull believes the children of priests have remained isolated because Catholics have been so deferential to priests, particularly in the Boston area when she was growing up, during the 1930s and 1940s.

Today, Bull believes Catholics are ready to accept the fact that some priests — perhaps many — do not keep their promise to live without sex.

She also says she hopes that more children of priests will break their silence and no longer help the church keep their existence a secret.

“Whatever the church does, it cannot hide all us children in a dark chamber as it did along with its other secrets,” she said.