Alarmed by chronically low MCAS scores, Massachusetts education officials announced Wednesday they will take over four schools, including two in Boston, in an attempt to rejuvenate academic programs and put students on a path to success.

The state is pursuing the takeovers after the four schools failed to orchestrate a rapid turnaround over the past three years, despite immense resources to get the job done with millions of dollars in federal school-improvement funds and broad powers to replace their teachers, extend the school day, and make other changes with little union interference.

The schools are the Dever and Holland elementary schools in Boston, both in Dorchester; the Morgan Full Service Community School in Holyoke; and John Avery Parker Elementary School in New Bedford.

The takeovers will become the first under a 2010 law that enables the state to seize control of individual schools without putting the entire district into receivership. The state put the four schools on warning a month ago, saying receivership was “very likely.”

“In my judgement, we are looking at schools that are not in a better place and are not better off,” Mitchell Chester, the state commissioner of elementary and secondary education, said during a conference call with reporters. “It’s not fair to these young people.” 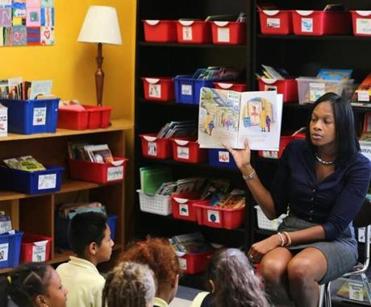 The Dever and Holland elementary schools in Boston remain underperforming and are likely to be taken over by the state, officials said.

Under receivership, the four schools will now be designated as “chronically underperforming” schools, also known as Level 5 schools.

The announcement added further urgency for Boston’s mayoral candidates, Councilor John R. Connolly and state Representative Martin J. Walsh, to bolster the quality of the city’s schools, a top issue in the campaign.

Walsh said that as mayor, “I will fight every day for quality schools and my goal will be to never place the Boston Public Schools in this precarious position again.”

Connolly said: “We cannot nibble at the edges when it comes to making changes. ... This designation points to the need for serious and systemic reform to ensure a high quality education for every child in this city.”

Over the next few months, state education officials will meet with a designated group of administrators, teachers, and parents at each school to develop a turnaround plan, which would go into effect next fall. The plans could call for replacing the teachers and administrators or scrapping programs that do not yield results.

Chester also has the option of appointing a receiver or an outside organization to oversee each school, or he could hand oversight back to the superintendent, which Chester described as the least likely option.

The four schools are among 35 statewide that were designated as underperforming by the state in March 2010, under a new state law that gave districts at least three years and vast resources to bolster student achievement to avoid a state takeover. Fourteen of those schools, including five in Boston, succeeded last month and shed their underperforming status. The state gave the others more time to improve, encouraged by initial results, while two others shut down.

In Boston, interim Superintendent John McDonough said the School Department will work with the state.

“We are disappointed that the academic results that we had envisioned and hoped to achieve weren’t done in the time frame allowed,” McDonough said.

But he added, “We are seeing promising signs of growth in each of these schools.”

Richard Stutman, president of the Boston Teachers Union, expressed a willingness to work with the state.

“Hopefully there will be a role for our members to help get the schools on the right track,” Stutman said.

Some parents from the Holland school expressed optimism about the takeover as they waited for afternoon dismissal.

“I’m for better education, better teachers, because we want our children to succeed,” Dorchester resident Amy Morton said as she picked up her grandson, Cordell, at the Holland, which she also attended as a child. “I think his education can be better. I like the fact that he’s getting homework, because some schools aren’t even giving as much homework.”

Wayne Chappell, of Dorchester, whose daughter Destanie attends first grade at the Holland school, said: “If it’s going to turn out to be better for the kids, I don’t have a problem with it.”

At the Dever school, Barbara Donnelly, whose son is in second grade, is concerned about the takeover because she does not know yet what the changes will be.

“It’s not easy to make huge changes overnight,” Donnelly, of Dorchester, said by phone. “We believe in this school and will be staying. Taking our kid out won’t help the school. It will only harm the school.”

Paul Grogan, president of the Boston Foundation, said the takeovers may help Boston with efforts to boost other schools.

“It makes it clear there will be consequences for prolonged inability to turn around,” Grogan said. “This is really a positive for kids.”

James Vaznis can be reached at jvaznis@globe.com. Follow him on Twitter @globevaznis. Globe correspondent Alyssa Creamer contributed to this report.
Loading comments...
Most Popular in metro
Real journalists. Real journalism. Subscribe to The Boston Globe today.