The rain fell steadily on the first day of school, but its patter of drops on the building was drowned out by a loud fire alarm. Rain had leaked through a poorly patched roof and shorted out a piece of electrical equipment, sending hundreds of students outside to huddle under any available shelter. It was a striking metaphor for kids who had been left out of an institution meant for them.

That was more than a decade ago, when I was selected to lead an unprecedented state effort to turn around Hope High School in Providence. Its graduation rate was less than 50 percent, test scores were low, and dropouts were all too common. As the state-appointed special master, I oversaw a plan to rehire staff and divide the school into three smaller academies, each with its own specific focus area and principal. We had some success. Yet years later, history is now repeating itself — on a larger scale.

In the coming weeks, Rhode Island Education Commissioner Angélica Infante-Green is expected to appoint a superintendent to lead the state’s takeover of the entire district, which consists of 41 schools from prekindergarten through grade 12 that educate 24,000 students. The drastic move was prompted by a scathing report released this summer by researchers from the Johns Hopkins Institute for Education Policy. The report described a school district in dire straits — very little visible student learning was happening, and school buildings themselves were in disrepair, from crumbling floors to no locks on some bathroom doors to rodent traps being stuck to students’ shoes.

When Hope returned to the district in 2008 after my tenure, it was celebrated. Graduation rates were up slightly, more students were engaged and motivated, and outcomes were improving for some. Teachers had more input in the design and implementation of the learning process and were able to show students how to be engaged in the classroom. Our team — administrators from Hope High School and the Rhode Island Department of Education — implemented longer instructional periods and gave educators more planning time, both of which resulted in better teaching. We also established weekly check-ins between teachers and small groups of students, which helped us closely monitor their progress toward graduation and created stronger relationships between educators and young people. Perhaps more importantly, the check-ins helped many students feel like they belonged — a crucial ingredient for success.

Our efforts were recognized nationally, but I have to admit our progress was incremental at best. When I arrived in 2005, by some rough estimates only 1 out of 20 students obtained a two- or four-year college degree. By late 2006, a colleague estimated that figure to be 3 out of 20. The increase was encouraging, but it was sobering to think that 85 percent of our students still weren’t getting the education they needed. 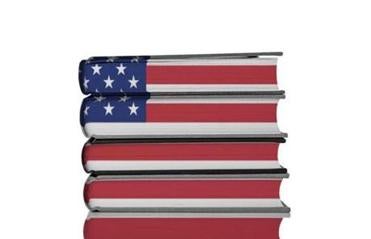 If we want democracy to endure, shouldn’t we know something about it?

Civics education in public schools has been on the wane for decades, and it shows. Here’s how Massachusetts is making it matter again.

Ultimately, we saw limited results at Hope High School in part because the structural changes we instituted were modest. I’ve learned that it doesn’t help to simply tinker. And the changes we made were not tailored to young people’s needs.

My greatest regret is that our team never did enough to proactively develop relationships with educators at the school or community members at large — parents, students, and others invested in their school. I also wish we had focused on identifying the root causes of issues such as low expectations from students, behavioral problems, families feeling shut out from the school system, and a lack of support for English learners. These longstanding problems — echoed in the Johns Hopkins report — were all symptoms of an education system in distress.

Engaging parents, students, and teachers to address the inequities of a district in one of the country’s most segregated states for public schools would have helped, because people closest to the action know things outsiders don’t. Additionally, I should have met with more alumni to build champions who could have advocated for the school long after I left.

The incoming superintendent in Providence would be wise to start with community engagement and relationship building on day one. Youth organizing groups like Providence Student Union, ARISE, Providence Youth Student Movement, and Youth in Action know what needs to change and how to achieve it.

Administrators just need to listen. We should turn to the students themselves for guidance on how to move forward. Young people in Providence have, for instance, successfully advocated for an ethnic studies curriculum that focuses on histories that are most relevant to students of color, rather than relying on traditional European-centric textbooks in class. They also campaigned to expand bus pass access so that more kids have reliable public transportation to and from school. Today they’re fighting for better civics instruction.

At Hope, I now realize that we didn’t build the shared determination and support among those with the most at stake. We dictated improvements instead of listening to what they needed. Turnaround leaders can only make and sustain bolder changes and set bigger goals if they are informed and supported by the community. While this type of engagement is especially necessary for schools in danger of failing, it should also be an important tenet of education for any school or district that is looking to continually improve.

Transforming a system without engaging the actual users is an anathema in other sectors. Just as a successful company wouldn’t ignore its customers, why would an education system ignore the young people and families it serves? But in the education sector, excluding those with the most to lose is still the norm. Parents and students are not traditional “education experts,” but their experiences, perspectives, hopes, and concerns must be accounted for. It is inefficient and unjust to continue without the participation of those whose futures are at risk — and our solutions will last only until the next crisis.

Rhode Islanders are no fans of being told they don’t measure up. But this time they’re listening

Nick Donohue is president and CEO of the Nellie Mae Education Foundation, based in Quincy. Send comments to magazine@globe.com.
Loading comments...
Most Popular in magazine
Real journalists. Real journalism. Subscribe to The Boston Globe today.