With its rich, centuries-old history, New England is home to some of the more peculiar hauntings in America. Much of this spooky activity has been well chronicled, but thanks to a recent oral history, numerous previously unheard of tales have been unearthed. Here’s just a sampling:

Tucked in the woods, barely visible from the road, sits a small cabin known to those who know it as The Wilkins Place. Medical records show that Henry Wilkins — the shack’s late owner, and a diehard Red Sox fan — was born in March 1919 and died of grief on October 16, 2003, immediately after New York Yankees third baseman Aaron “Bleeping” Boone hit the ALCS-clinching home run off of pitcher Tim Wakefield. Consequently, Wilkins lived his whole life without witnessing a Red Sox World Series victory. Prospective buyers have been scared off by an untraceable voice bellowing, “Yankeeeees suuuuck!!!” Teenagers break in on occasion and attempt to stay overnight, but they never manage to last until dawn. Inevitably the walls begin to shake, and dishes crash to the floor amidst Wilkins’s ethereal but convincing diatribes against “that bum, Roger Clemens!”

On snowy winter days, with the wind whipping off the waterfront, Southie residents swear they can hear the anguished cries of a woman emanating from a freshly shoveled parking spot. Locals refer to the eerie sound as “Weeping Wanda” (pronounced WE-pin WAN-der), although her true identity remains unknown. According to lore, Wanda takes several shapes, most commonly appearing as a pajama-clad woman holding a shovel. Other times the ghastly moans seem to emanate from a flickering image of a chair or traffic cone occupying the space between two parked cars. Regardless of the form she takes, her pained refrain is unwavering: “I shoveled out this spot, and if you don’t move yah cah, I’m gonna slash yah tiyahs.”

Repeated and disturbing calls to Burlington’s 911 dispatch center have, over a period of years, chronicled a pattern of “spooky vibes.” Each call relates a nearly identical tale: The caller has eaten (in his or her words) “a bunch of totally legal mushrooms” and then contacted the emergency dispatcher because (again, the words of the callers) “the whole vibe just got wicked spooky.” Experts have not concluded whether the mushrooms caused the vibes to become spookier, or whether they enabled the callers to “see the spookiness, man” (once more, their words), so these instances cannot be ruled out as paranormal events.

The ghosts of the members of the Wampanoag tribe are audible pretty much all the time, and not just near burial grounds. Pretty much all over the place. They are very angry. Visitors have described the spirits’ cries as “unsettling” and “more informative and accurate than [our] public school history classes.” 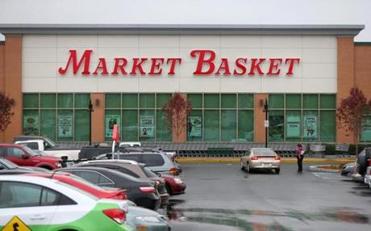 Rumors started flying after someone posted on a Facebook page for Wilmington residents that a specter in Victorian garb was seen floating through the supermarket recently.

It is rumored that the spirit of longtime Boston mayor Thomas Menino roams the corridors of City Hall on quiet evenings when the moon is full. Custodians in the building report that his honor’s ghost is friendly and enthusiastic, waving to longtime employees and even trying to talk to them. Some think he’s imploring them to help him cross over from this mortal realm but they can’t be sure because, as in his life, it’s impossible to tell what he’s saying.

For years, people across the region have reported possible paranormal occurrences at a Dunkin’ Donuts franchise in Bridgeport. There, the pale, nearly translucent visages of five elderly men congregate around a corner table from the predawn darkness through breakfast time — each figure nursing a single cup of black coffee for hours. Through their thin, cracked lips they rasp outdated opinions from bygone days, frequently pontificating on politics, culture, and sports. Similar sightings have been reported at numerous other New England Dunks as well, although, on second thought, it’s possible they’re just five old guys.

Josh Gondelman is a comedian and Emmy-winning writer. His new comedy album, “Dancing On a Weeknight,” is available April 19, and his upcoming book, “Nice Try: Stories of Best Intentions and Mixed Results,” is out September 17. Send comments to magazine@globe.com.
Loading comments...
Most Popular in magazine
Real journalists. Real journalism. Subscribe to The Boston Globe today.