Catch Season 2 of the Love Letters podcast: How do you meet someone? Subscribe here: Apple Podcasts | Spotify | Other

Eight months ago, I met the first guy I’ve had a real connection with since getting out of a four-year relationship. We really get along and have a strong connection. He was moving out of the country in a few months, so we decided to keep things “casual” because of the bad timing with him leaving — or so I thought. A couple of months later, I found out he is in a long-term, long-distance relationship. I’ve always thought something was off with how secretive he was. I don’t know why I haven’t ended it; I should have the minute I found out.

He doesn’t know that I know about his girlfriend. I am conflicted because when we are together, it really is like it is just us. I’ve visited him several times, and he visits me. What do I do when I got into this, unknowingly, as the other woman? Confront him? For some reason I am still holding out hope that he might come to his senses and choose me. Do I still want him when I know he’s a liar?

A. How long can you play pretend? Because that’s what you’re doing.

You have big questions about the state of your relationship but you’ve opted to avoid uncomfortable discussions (and a possible breakup) by remaining breezy about everything. But your concerns are beginning to haunt you. 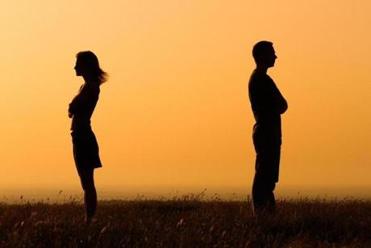 You took the time to write this letter, which means you’re ready to confront this man about what’s happening. Really, this letter says it all. You want him for yourself, and you want to know what’s what. Ask your questions. Then think about what he’s offering (if anything) and whether you can live with it.

The thing is, you don’t know what arrangement he has with his girlfriend. It also doesn’t sound like the two of you made any promises to each other about exclusivity. I’m not defending him — but I do think you’re making a lot of assumptions here.

I know you don’t want to mess up a potential relationship, but honesty can make things a lot better. At the very least, it can help you decide whether you have to walk away.

At a minimum, you should tell him that you know. ENJOYEVERYSANDWICH

If you never asked for exclusivity, and he never promised it, there’s nothing to confront him about or excuse him for. Casual. Now that you know, perhaps it’s time to go. Hmm? WENDY-

“Now that you know, perhaps it’s time to go.” This belong in a song. HARRISBLACKWOODSTONE

Even if he does choose you you’ll never be able to trust that he won’t have another woman on the side. You should end this relationship and find someone that is both near to you and not dating someone else. SUNALSORISES

“I don’t know why I haven’t ended it.” That’s one question I could never answer, some guys just get a hold of your heart. Anyway, this guy is no good, you should end it. —TESS

Get Season 2 of Meredith Goldstein’s Love Letters podcast now at loveletters.show or wherever you listen.Column and comments are edited and reprinted from boston.com/loveletters. Send letters to meredith.goldstein@globe.com.
Loading comments...
Most Popular in magazine
Real journalists. Real journalism. Subscribe to The Boston Globe today.