It’s New Year’s Eve in Burlington, Vermont, and favorite daughter Anaïs Mitchell is the headliner for the celebration as 2018 is ushered out. The 37-year-old stands on a modest riser in front of a full house at the First Unitarian Universalist Society Meeting House. A niche in the wall behind her glows lavender, and her sleeveless top reveals a dramatic tattoo of an anchor pointing to the word “Ramona,” the name of her 5-year-old.

She pauses her performance at one point to note the song she’s about to play is from a musical she and her accompanist, Michael Chorney, “have been working on for longer than we can remember.” A rumble of recognition ripples through the old church. Many here know the show she calls her “folk opera,” Hadestown: The Myth. The Musical. They’re probably anticipating its debut on Broadway, in April at the Walter Kerr Theatre — most recently home to Bruce Springsteen’s Springsteen on Broadway.

It’s a long way from Barre, Vermont, where Mitchell, Chorney, original director Ben t. Matchstick, and other collaborators first mounted the show — a radical reworking of the Greek myth of Orpheus and his lyre — as a scrappy community theater piece more than a dozen years ago. Since then her friends and neighbors have followed the show’s progress, from a West Coast ensemble tour that Mitchell says featured “14 people in a 15-passenger van, and a dog,” to an off-Broadway run in the summer of 2016. That production was directed by Rachel Chavkin, who then went to Broadway to direct Josh Groban in Natasha, Pierre & the Great Comet of 1812, earning a Tony nomination for best director. Last November, Hadestown opened at London’s Royal National Theatre, again directed by Chavkin. Mitchell’s father, Don, went to see it and says, still amazed, “in an audience of 400 people, every other person was weeping openly.” Theatergoers have been uniformly enthusiastic, reviews superb. Will that hold true on Broadway?

Mitchell grew up on a sheep farm about 15 miles outside of Middlebury, Vermont, where her parents were back-to-the-landers. Her father taught literature and creative writing at Middlebury College (she’s named for the writer Anaïs Nin). Her parents still live on the farm, and her brother and his family live in another house on the land. Mitchell comes back often from her home in Brooklyn, bringing her husband and daughter for extended visits whenever possible.

As a child, Mitchell started performing in Night Fires, then a traveling production celebrating the winter solstice. The show reflects Vermont’s mystical side, mixing folklore and pagan spirituality with wild masks and songs adapted from various cultures. “The theme was always about going through the dark to return to the light,” says Marianne Lust, the director who founded and still runs Night Fires. Lust remembers Mitchell first as “a very tiny kid,” so small she had to be hoisted over an altar rail in one performance at a church, by a woman playing “some kind of earth goddess,” Lust recalls. “We used to joke that Anaïs would say, ‘I’m gonna be one of those, too.’ She was a fierce little girl.” Her senior year in high school, Mitchell played the main character. 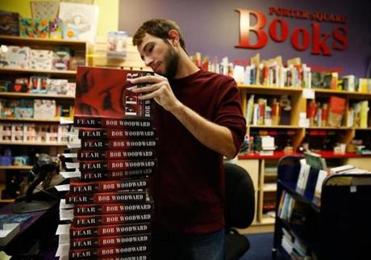 Why independent bookstores are thriving in spite of Amazon

From ukulele lessons to speed-dating events, local shops are attracting loyal customers seeking a social hub in an online world. And they’re buying books, too.

Mitchell says now that the show helped develop her love for performing, and it exposed her to the ways ancient myths can speak to present-day problems. But her major formative experience as a singer and songwriter took place in Boston. Drawn to traditional folk music, “I had a sense that Cambridge was a place I needed to go,” she says. After graduating from high school, she moved into the Quaker community at Boston’s Beacon Hill Friends House. (Mitchell, who was raised Quaker, says her mom, Cheryl, “is the real Quaker in the family.”) She busked in subway stations and attended songwriting workshops at Club Passim, the historic Harvard Square folk-music den, which she credits for helping her “cut her teeth” as a songwriter.

After a year, she went back to Vermont to attend Middlebury and study political science. But she kept writing songs, and as a sophomore in 2002, she self-released an album, The Song They Sang . . . When Rome Fell. She’s recorded a half-dozen albums since, released on a mix of labels, including her own. But her magnum opus has been the creation of Hadestown. The show began with a lyric that came to her while driving shortly after graduating from college, involving a woman being “bartered from the wicked underworld” by her lover’s melody. She recognized the line as a reference to Orpheus and his daring journey into Hades to save Eurydice — as a child, she’d loved the illustrated D’Aulaires’ Book of Greek Myths. That lyric inspired the song “Wait for Me,” and for Mitchell, “my imagination was captured by this musical hero.”

Mitchell’s version of the Orpheus myth, set in a Depression-like era, is an allegory about authoritarianism, true love, and the power of art, with the underworld — Hadestown — as a factory town. She knew immediately she wanted to do it as a fully staged show, and she began working on a folk-jazz musical hybrid.

The going was slow — “it’s a medium that I’m not trained in,” she says — but by 2006, she had a completed version, and in December of that year had her first performances. The rest, as they say, is revision. Mitchell has worked furiously to transform Hadestown from what she’s called a DIY stage project into a fully formed musical production.

In 2010, she released a Hadestown concept album on Ani DiFranco’s Righteous Babe Records. Mitchell sings Eurydice on the album, which also features Bon Iver frontman Justin Vernon as Orpheus, DiFranco as Persephone, the wife of Hades, and the cavern-voiced folk singer Greg Brown as Hades himself. She took this version on tour with live performers. She no longer plays the role of Eurydice — “I am a performer but I’m not an actor!” she says via e-mail while readying the show for its previews. “And I’ve been working too hard and long on this show to not want the best for it and the best is these gorgeous actors.”

Over lunch at Zabby and Elf’s Stone Soup, a favorite Burlington haunt, a few hours before her appearance on New Year’s Eve, Mitchell reflects on how the show has changed. “It’s certainly a much different piece than it was on record, or even off-Broadway,” she says. Those who saw it in 2011 or 2012 at the Somerville Theater in Davis Square would still recognize its core. But she’s written new music to connect the main songs more seamlessly and further develop the characters — she wants the piece to be “sung-through,” with no dialogue to fill in the plot. She endlessly reworked lyrics, to the point where the first line is virtuallly all that’s left of the version of “Wait for Me” she started in her car.

Despite working obsessively on Hadestown, she’s also managed to record three other albums. Mitchell is not modest about her ambitions for the show. “I kind of want every song to be a standard,” she says, the sort audiences will find themselves humming on the way home. There are plenty of candidates, key numbers such as “Wedding Song,” and, later in the show, the taunting chorus of the Fates: “What you gonna do when the chips are down?”

“I love that the songs can be repurposed, by many people, in many scenarios,” Mitchell says. “Somebody could sing them at a funeral or a wedding. Or a protest . . . I would say that’s part of my ethos as a songwriter. Hopefully you build a song sturdy enough that it can walk on its own legs.” Or change with the times.

It’s hard not to note the sudden relevance of one of the songs she wrote more than a decade ago, “Why We Build the Wall,” with its thoroughly up-to-date lyric, “We build the wall to keep us free.” In the musical, the inhabitants of Hadestown sing it, oblivious to the irony. “In some ways,” her dad says, “the culture of the world has come to Anaïs and the show.”

Mitchell’s dream is to write songs that could change the world, though she isn’t sure that’s possible. In London, she talked with British punk-folk singer Billy Bragg, who has covered “Why We Build the Wall,” and she posed the question to him — can a song change the world?

“His thing was, ‘You know what? No. But the audience might,’ ” she says. Bragg’s answer has stayed with her because it “sort of brought something into focus for me. It’s not the song, but the effect the song might have on what [its listeners] go on to do.”

After seeing Hadestown, will audiences in the world’s most famous theater district be moved to do more than just hum her tunes? Mitchell is eager to find out. In “How Long?” the song in which Persephone confronts Hades on Orpheus’s behalf, the ruler of the Underworld reveals his own dread of the power of song: “Give them a piece and they’ll take it all,” he growls. “Show them the crack and they’ll tear down the wall/Lend them an ear and the kingdom will fall/The kingdom will fall for a song.”

James Sullivan is a frequent contributor to the Globe Magazine. Send comments to magazine@globe.com. Get the best of the magazine’s award-winning stories and features right in your e-mail inbox every Sunday. Sign up here.
Loading comments...
Most Popular in magazine
Real journalists. Real journalism. Subscribe to The Boston Globe today.