With the rise of strict diet movements across America — from paleo to low carb to Whole30 — debates about what and how we should eat have become more polarized than ever. Staunch vegans avoid everything from steak to honey, while followers of other diets reduce their food intake to nothing but meat. Devotees of intermittent fasting, meanwhile, restrict eating to certain windows (daily between 12 and 8 p.m., for instance, or every other day). A friend of mine recently saw a passenger on a flight eating raw meat off the bone. These examples — admittedly the most extreme — illustrate a cultural trend that has emerged over the last two decades and intensified recently: a dogmatic obsession with extreme diets.

The percentage of Americans who follow a specific diet grew to 36 percent in 2018, compared with 14 percent in 2017, according to an annual report from the International Food Information Council Foundation.

RELATED: Whole30 promises to reset your WholeLife. Does it?

Concerned about my genetically high cholesterol, I avoided all meat and dairy for about six months in 2011. I lowered my overall cholesterol numbers and balanced the ratios between “good” (HDL) and “bad” (LDL) cholesterol, but I lost a substantial amount of hair in the process. Several years later, after reading Gary Taubes’s Good Calories, Bad Calories: Fats, Carbs, and the Controversial Science of Diet and Health, I drastically reduced my carbohydrate intake for several months in an effort to get healthier, manage my sweet tooth, and have more energy. Nothing devastating happened, but I had even less energy than before, and I started to feel more like a carnivorous wolf than a civilized human. With each diet, it is unclear that I became “healthier.”

RELATED: Here’s what Tom Brady eats on an ‘average day’

In his book Perfect Health Diet: Regain Health and Lose Weight by Eating the Way You Were Meant to Eat, the Boston-based scientist and biotech executive Paul Jaminet advocates a natural, evolutionary-based approach . He says people seeking extreme diets are looking for a “magic bullet” that solves the problem of how to live a healthy life — hence the popularity of simplistic plant-only or meat-only diets.

Our obsession with diet, health, and the associated numbers points to a greater problem: Nutrition backed by “science” has become like a religion for some. The focus has shifted from obsessive calorie counting to strict adherence to elimination regimes. In Starving on a Full Stomach: Hunger and the Triumph of Cultural Racism in Modern South Africa, historian Diana Wylie suggests that perhaps these numeric dietary fixations are “a sign that those people who feel adrift in an age of waning religious faith are groping for some sense of control over their destinies.” Entering the confines of a specific health movement — whether it’s veganism, paleo, or “clean eating”— resembles joining a religious sect set on purification through enlightenment. For some people, it may simply be an assertion of individualism, a way of telling the world “I’m special.” Like religious denominations, these extreme eaters quibble over the finer tenets of the faith — whether vegans are permitted to eat gluten, for example, or whether Paleolithic man consumed dairy. 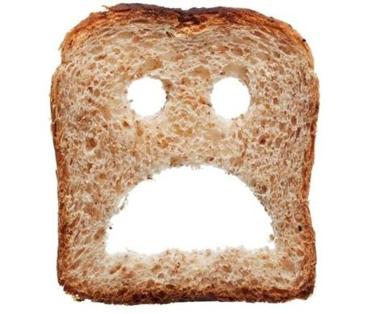 Here are some (rational, actionable) tips from experts on how to eat well all year long, no matter what your dining persona.

If extreme diets are not the solution, then what is? Evidence suggests that many of us are somewhat bewildered about nutrition, and rightly so. A 2018 study by the International Food Information Council suggests that 80 percent of consumers receive conflicting information about what constitutes a healthy diet, and 59 percent doubt their food choices. I cannot bring myself to suggest “balance,” because moderation means different things to different people. Julie Freeman, a nutritionist in the Boston area, recommends individual approaches to diet, cautioning that the proliferation of dietary advice may do more harm than good.

Jaminet says natural whole foods — a category that includes vegetables, meat, fish, nuts, and eggs — are the best choices. He notes there are at least 60 nutrients that we need to obtain from food for optimal health. These include minerals such as magnesium, calcium, and zinc; vitamins such as A, C, D, and K; and less well known nutrients such as phospholipids (found abundantly in egg yolks and liver) and extracellular matrix components (found in shellfish or released into soups and stews from bones and joints). Any diet that deprives us of these nutrients — or, in some cases, provides them in excess — will harm our health, he says.

These days, I eat a variety of foods, both meat and plants. I no longer categorically eliminate any specific food groups. I’ve realized that even sound nutrition, however we define it, cannot solve all of my problems — and, more importantly, cannot substitute for a meaningful life. As Jaminet says, “Good nutrition simply enables us to age gracefully — to get the most out of our genes. I think no one would deny that health is a means to an end.”

If we focus too much on “achieving” health or longevity — to the detriment of other pursuits that create purpose in life — we’re missing the point.