Originally conceived for the stage, this story was first told by a Boston Globe journalist as part of the Globe Live event at the Paramount Center in Boston in November.

HOW MANY OF YOU KNOW the people who clean your offices at the end of every workday? Do you know that it’s very likely they’re immigrants from Central America, especially if your office is in downtown Boston? Do you know they’re in the United States on “temporary” work permits, and that next year they could all be forced to leave? I write a lot about immigration, so I felt this was a story I knew well. But shortly after the Globe moved downtown last year, I met Rosa Yanes, the janitor who cleans the floors of the high-rise we now occupy. Getting to know her — seeing her almost every day — has taught me something about resilience.

Rosa comes from a small city in El Salvador called Yucuaiquín. She moved to the Boston area nearly 20 years ago looking for — what else? — a better life. I had done that, too, moving from Mexico around the same time. As two Latina immigrants of the same age, Rosa and I quickly bonded over the experience of being foreign-born in Boston. We talk about the best grocery stores to find Mexican or Salvadorian specialties. We talk about the food that we miss, the music we grew up on, even old boyfriends. She marvels at the fact that I get away with not cooking dinner for my husband every night. “¡Ay! ¡Usted sí es fresca!” — You’re so cheeky! — she tells me with equal parts fake contempt and delight.

When I’m at work, I know it is 6 p.m. before looking at the clock because I can hear Rosa pushing her cart down the hall. It’s the signal that she is ready to begin her shift, and that I am about to end mine. Every night, Rosa vacuums, empties out almost 400 trash cans, and cleans our five kitchens, including 11 refrigerators and five microwaves. This is what economists and policy makers refer to as “low-skilled” work. We don’t value these jobs the same as we value, say, engineers working at Amazon. We have become conditioned to not see the people in these jobs. We degrade their efforts and perseverance, as if they’re not essential to our lives or our productivity.

Rosa has been cleaning offices in the State Street building for 17 years. She has seen companies on our floors come and go, but her cleaning job has remained more or less the same. She began as a part-time worker and now gets paid about $19 an hour plus benefits, such as health insurance and vacation time. Over the years, Rosa married a fellow Salvadoran she met here, and they had three kids, who now go to Chelsea public schools. But Rosa and her husband’s routine immigrant life could soon come to a heartbreaking end.

The program that gave both of them a special immigration designation has been canceled by the Trump administration, effective next fall. That decision is under review by the courts, but the outcome is uncertain. Known as Temporary Protected Status, the program allows Salvadorans and immigrants from a few other countries ravaged by natural disaster or civil strife to live and work legally here for humanitarian reasons. Rosa is one of roughly 6,000 Salvadorans in Massachusetts with such protected status. According to one recent estimate, the state economy would take a $400 million hit every year if these Salvadoran workers were forced to leave. 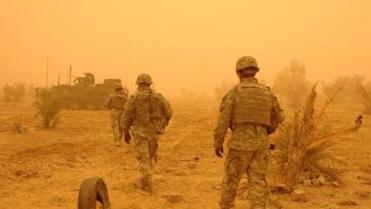 The soldier and his terrible photos of war

He wanted people to know what happened in Baghdad, and so I agreed to carry his terrible pictures home.

When President Trump got elected, Rosa believed the program’s cancellation was a foregone conclusion. You see, we immigrants always believed his strong anti-immigrant rhetoric. We took him at his word. Even though Rosa had legal status, she knew the election put her future in doubt. She’s been on edge ever since. One evening in August, when the Globe received threatening calls about our campaign to defend press freedom, Rosa was quietly cleaning the area a few rows away from me. She came across a bag of coconut candy. It was just there on the table, available for anyone to take. She grabbed one piece, ate it, and moved on with her duties.

Then a bunch of cops and detectives appeared in the newsroom. Her first thought was, “¡Ay, dios mío!” Oh my God! Did they catch me on camera? She was mortified — and scared. Of course, this was absurd. We laughed and laughed when she told me the story the following Monday. And yet, as illogical as it was to think the police had come for her, I understood how she felt.

IMAGINE BEING IN THIS COUNTRY for almost two decades. You’ve renewed your special permit every 18 months, just like you’re supposed to. You know the program is supposed to be temporary, but you’ve made a life in the meantime. You assume you’ll eventually be granted a permanent stay. Because you know it makes no economic or moral sense to take this away from you. Imagine how deeply rooted a life can become in two decades. Rosa’s kids don’t know any country but the United States. They’ve never been overseas. They speak Spanish but can barely write it. And now the government wants to force Rosa and her husband to return to one of the most violent countries in the hemisphere, a place where Salvadorans sent back from America are routinely targeted for extortion, or worse.

In El Salvador, a woman is killed every 19 hours. The homicide rate is 11 times higher than that of the United States. This — along with a desire for more opportunity — is why Rosa left in the first place. She has been working since she dropped out of school at 9 years old. When she got older, she heard that work here in America was abundant, that life was better, and that she could make it out of dire poverty. And she has. She’s created a world of opportunity for her kids, who are US citizens.

Rosa and her husband have talked to their children about next year’s deadline. This is where they always end up: The kids don’t want to go to El Salvador, and Rosa would not leave them here by themselves. It’s an impossible choice. You would not know, just by looking at her, that she spends her days thinking about that choice. She’s always smiling and making jokes. She says hello to everyone she comes across at the Globe, even though she can’t really speak English. She has learned to compartmentalize her worry and stress.

I recently became a US citizen and voted for the first time this year. I think of myself as a new immigrant in a country of immigrants — one where, historically, people like me and Rosa arrive, struggle, and build lives. I was conflicted about telling Rosa my citizenship news. I felt guilty that I had been granted the ultimate protection, given what she was facing. But she was so happy for me. And without missing a beat, she said to me: “Cásese conmigo, pues.” — Well, you should marry me now.

I wish I could, Rosa.

Marcela García is an editorial writer and a member of the Globe’s editorial board. Send comments to magazine@globe.com. To find out about upcoming Globe events, sign up for the events newsletter by visiting globe.com/events.
Loading comments...
Most Popular in magazine
Real journalists. Real journalism. Subscribe to The Boston Globe today.