In coveted Boston neighborhoods and suburbs, prospective buyers are increasingly feeling pressured to waive the home inspection, a decision that could leave them vulnerable to future headaches. Almost three-quarters of home sales nationwide that closed in January had some type of contingency, with a home inspection being the most popular one, followed by appraisal and financing provisions.

Boston’s heated market tells a different story. “About 60 percent of my clients waive their home inspection,” says realtor Rose Hall of Allston-based Blue Ocean Realty. “The number is getting higher every year.”

A home inspection contingency requires a thorough examination of the property before closing and allows a buyer to walk away or renegotiate if the cost of needed repairs exceeds an agreed-upon amount. Is it worth opting out in order to secure the house of your dreams? It depends on whom you ask.

Last year, Hall was working with clients who were vying for a $625,000 condo in Brookline. They offered $700,000 and refused to drop the inspection contingency. The sellers accepted a $690,000 bid from a buyer who waived the inspection.

The lesson? Dropping the home inspection contingency may be a necessity if you’re up against multiple bidders. 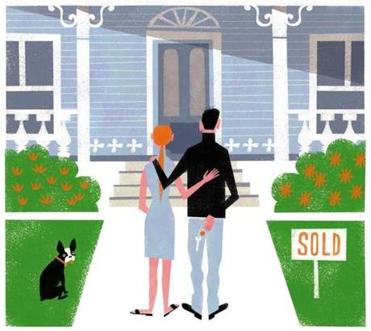 “If buyers put a home inspection in the offer, they pretty much get nothing,” says Hall.

Ines Santos waived the inspection when she and her husband beat out several competing bids for a single-family home in Somerville last summer.

“I don’t think we would have gotten the house if we had any contingencies,” she says. Forgoing the inspection has proved to be a nonissue: “So far, no surprises.”

To protect themselves, buyers skipping the inspection contingency could ask for copies of prior inspection reports. Or they could bring a construction-savvy friend or an inspector to the open house for an unofficial inspection, though it’s difficult to be thorough under those time constraints, Hall says.

Still, some realtors remain opposed to taking such a risk. In his seven years as a buyer’s agent with 4 Buyers Real Estate in Cambridge, Dave Twombly has never had a client waive an inspection.

“I can’t think of another investment that needs to be more sound,” he says. “It’s multiple hundreds of thousands of dollars.”

Twombly says he’s confident that an offer requiring an inspection can edge out bids without the contingency if, for example, it comes with a loan preapproval letter and otherwise shows the buyers are serious. Hall recommends offering an attractive repair threshold — a limit for damages that allows buyers to walk away or renegotiate if the threshold is broken — in the contingency. In such cases, a maximum of $20,000 is more appealing than $1,000.

He says the option to walk away if things go south is critical. Two of his first clients did just that after their inspector noticed a corner of the Newton house they planned to buy had sunk an inch into the ground.

“No way you would’ve known that just by looking at the house,” Twombly says.