Get the best of the Magazine’s award-winning stories and features right in your Inbox every Sunday. Sign up here.Read our entire Women & Power package at bostonglobe.com/womenandpower.

For women working in the male-dominated tech industry, every year can feel like Groundhog Day.

The news is always grim: the enduring gender gap in both employment numbers and pay, women’s struggle for funding to launch and grow companies, and the dearth of female venture capitalists who can break the vicious cycle because they are more likely to invest in women entrepreneurs.

Then there are women’s stories of groping and other unwanted sexual advances that are brushed off by bosses as just part of tech’s bro culture.

But 2017 hasn’t been a complete repeat. There have been moments that indicate the tide is turning, and that the industry may finally get it. Here are four reasons to be hopeful about the future of women in tech.

1. Women are disrupting the dynamic between victim and perpetrator.

Before movie stars Ashley Judd, Angelina Jolie, and Gwyneth Paltrow did it, women in tech started to speak out about workplace sexual harassment. They aren’t household names: Susan Fowler, editor in chief of Increment magazine; Leiti Hsu and Susan Ho, cofounders of Journy; Sarah Kunst, founder of Proday; Niniane Wang, founder of Evertoon — but they helped take down some of the most powerful figures in tech. 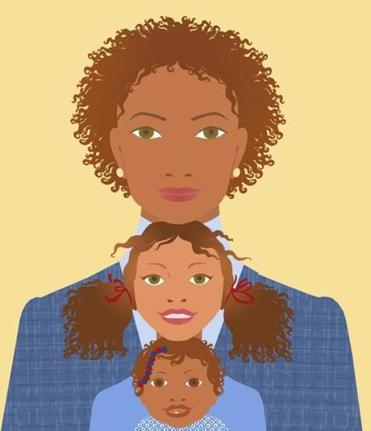 Female executives discuss how motherhood has helped them on the job

Working moms struggle to find work-life balance, sure. But these five moms share how having kids has also led to greater job satisfaction and better careers.

Fowler is perhaps the best known of these women. She’s the former Uber engineer whose tell-all blog post in February shone a spotlight on the ride-hailing company’s sexist culture. Within months, Uber founder Travis Kalanick was out as CEO, and the company vowed to clean up its act.

As in Hollywood, the balance of power in the tech industry is lopsided. Just as so many young actresses depended on producer Harvey Weinstein for their big break, female entrepreneurs must rely on male venture capitalists for funding.

But now women in tech are finding strength in numbers, empowering not only themselves but also others to talk about gender discrimination and to insist that it end.

2.  The old boys’ network  is alive and well. But here  comes the new girls’ club.

What if minting female tech entrepreneurs and CEOs were as easy as putting a bunch of ambitious women in a room together? Judging by the early results of Rev Boston — a boot camp for rising stars — it may be that simple.

Of the 41 women who have attended the two-day retreat since 2015, more than half have gotten promotions, changed firms, or launched their own company. Still others have joined boards and become angel investors.

But perhaps the biggest potential of Rev Boston is the powerful female network it is building, one that has always existed for men and propels them throughout their careers. “Revvers” have remained in constant contact; the proof is in their Slack channel. They use the group messaging tool to dispense advice on everything from salary negotiations to hiring of candidates, or simply to organize a group dinner.

“Working hard is important, but getting ahead is also about putting your head up and opening up your eyes, building connections with people and being more ambitious with yourself,” says C Space chairman Diane Hessan, who founded Rev Boston with Accomplice principal Sarah Downey.

Accomplice, a Cambridge venture capital firm, underwrites the annual retreat, which recently hosted its third cohort of about 20 women. Participants don’t apply but rather are nominated by word of mouth.

The groups are a mix of rising stars and women on the verge of running their own companies. They meet venture capitalists, hear from entrepreneurs and a Harvard Business School professor — all with a focus on broadening Revvers’ horizons.

Janet Comenos was in the first Rev Boston group two years ago, and not long afterward left her senior vice president post at Promoboxx to launch her own startup, Spotted.

She credits Rev Boston with helping her see what’s possible.

“Without the Rev program, I don’t think I would have started this business,” says Comenos, 31, who has since raised $5 million for her celebrity-driven advertising company.

Liz Graham, vice president of sales and service at Wayfair, didn’t want to be an entrepreneur but still wanted to be part of the startup scene. Through Rev, she learned how to become an adviser and an angel investor.

“I realized at this point in my career I might not join a five-person startup,” says Graham, who has nearly two decades of management experience. “I certainly can help and give them a lot of advice and guidance.”

3.  Female entrepreneurs are being shown the money.

In 2016, only $800 million of the more than $6 billion in venture capital deals in the Boston area went to startups with a female founder, according to research firm PitchBook.

Depressing? Yes. But here’s the bright side. Take a look what’s happening this year to some women-led startups in Boston. They’re posting big venture numbers. Robin Heffernan’s Circulation, an on-demand health care transportation company, got $10.5 million in initial funding. Zoe Barry’s ZappRx, a digital health company, raised $25 million in additional funding, and Stefania Mallett’s ezCater, an online business catering platform, added $35 million. All of this is happening as the tech industry recognizes it needs to do more to close the funding gap between men and women. In July, Boston-based Flybridge Capital Partners launched a $3 million fund called XFactor Ventures to invest in early stage companies that have at least one female founder. The typical investment is $100,000.

“We’re not the largest investor. We’re trying to be the first investor. The first check is the hardest check,” explains Flybridge partner Chip Hazard, also an investment partner at XFactor.

XFactor partners have funded eight companies so far, but the biggest takeaway is this one: There’s no shortage of female entrepreneurs.

In just three months, XFactor partners have reviewed more than 400 deals and met with 100 companies across the country. Partners have been impressed with not only the quantity but also the quality of women-led firms, as well as the breadth of industries and markets they cover.

About 46 percent of those seeking funding are in so-called deep tech (such as software, robotics, artificial intelligence), while 18 percent are in e-commerce, and 11 percent are in biotechnology.

“These companies are diverse, broadly reflective of the venture industry, tech-driven and also dispel the myth that female founders only start female-focused companies,” says Kate Castle, a Flybridge executive who serves as XFactor’s operating partner.

4.  Female venture capitalists are moving in.

Check out the website of a VC firm, and chances are you’ll find an all-male investing team. But this year Massachusetts firms have picked up the pace of diversifying.

These changes are important because VCs fuel tech growth, and as research at Babson has shown, people tend to invest in people they relate to. More female VCs could lead to more female entrepreneurs landing funding. Investors should want this, too; studies show that companies with female founders tend to outperform male-only counterparts. So 2017 shouldn’t be remembered as just another year in tech. Change is in the air.

Shirley Leung is a Boston Globe columnist. E-mail her at shirley.leung@globe.com and follow her on Twitter @leung.

■ 11% are biotechnology (including medical devices, pharmaceuticals, and health care services).

■ 25% are spread across a variety of categories (including financial tech and education tech).