Get the best of the Magazine’s award-winning stories and features right in your Inbox every Sunday. Sign up here.

My Sunday morning ritual is simple: coffee on the deck with my Globe. I absorb the news like a responsible adult, then turn to Dinner With Cupid to finish on a lighter note. Most of the matches seem to be between adventurous, well-intentioned young people who enjoy each other’s company but let go because they didn’t feel “the spark.”

Like many middle-aged readers, I think back to a first date of my own. It was a first blind date for us both. I had met his mother and sisters at a party, a loving, good-humored, welcoming crew. A family consensus emerged that I should meet Drew.

We met for dinner in the North End. He was tall and fit, with piercing green eyes. I had heard comparisons to Harrison Ford. Yes, I see it, I thought. Dinner was pleasant, nothing more. I had never appreciated the term “painfully shy,” but I got it that night. Conversation felt labored. Eye contact was minimal.

I wanted so much to feel something, but by the end of the night it was clear that there would be no spark. I suspected the feeling was mutual. This man would be a lot of work. Too shy, too quiet, and not inclined toward what I then considered fun. I was professionally ambitious; he was content with modest pay counseling the homeless. Too bad, but this was not going anywhere.

Then he called and invited me to a play. I agreed, anticipating a mellow, pleasant night. 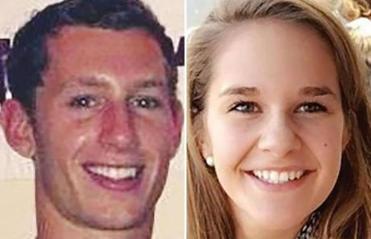 Blind date: ‘We decided to stay for another drink’

Will these longtime Cupid fans find each other intoxicating?

We traversed the city, heading through a dark passage under the old expressway. We stopped in our tracks when a homeless man sitting in the shadows called, “Hey, Drew!” The man’s face lit up, as did Drew’s. The man approached and shook his hand, and they chatted for a few minutes. I was surprised by their genuine affection, the ease of their banter after conversation with me had been such a struggle. As we turned to leave, the man declared, “You’ve got a good man there. A really good man.”

Drew shared more during that evening. I grasped more fully the depth of his compassion for his clients, most grappling with mental illness and addiction. I admired his authenticity, his commitment to doing good in the world. He opened up about mistakes he had made, motivations for his altruistic work. He worried about his father, who would soon undergo risky surgery. We had a real conversation about weighty subjects. Better than small talk, undoubtedly. Quiet but deep, I remember thinking. But still, sadly, no definitive spark.

I heard from him weeks later. His father had undergone surgery and was in the hospital, doing well. Drew invited me for a bite to eat nearby. Afterward, he walked me toward the train. A kiss ensued. What’s that, a spark? I thought. His brother interrupted us after searching the streets around MGH. “Come to the hospital,” he said. Drew flagged a cab instantaneously. He handed cash to the driver and said, “Get her home safely.” Squeezing my hand, he said, “I really love that guy.” And he was gone.

Days later, I watched him eulogize his father. As I witnessed him shoring up his grieving mother and siblings with quiet strength, I saw beyond his earning potential and small-talk prowess. I saw him.

We celebrated 20 years of marriage in September. We have endured the things most married couples do. Sickness (the stress, the debt) and health (the joy of children, travel, adventure). Better and worse. Until death do us part, as eventually it will.

In the meantime, I cherish this strong, quiet, handsome, really good man and thank Cupid, the universe, or whatever force it was that gave enduring love a chance to take hold before sending us those oh-so-wonderful sparks.

Tell your story. E-mail your 650-word essay on a relationship to connections@globe.com. Please note: We do not respond to submissions we won’t pursue.
Loading comments...
Most Popular in magazine
Real journalists. Real journalism. Subscribe to The Boston Globe today.