“Jeopardy!” host Alex Trebek gave an exclusive interview to “Good Morning America” on Wednesday about his recent cancer diagnosis, discussing both the highs and lows he has experienced since he announced in March that he has stage 4 pancreatic cancer.

“People all over America have been sharing their good thoughts, their advice, their prayers, and I feel it is making a difference in my well-being,” Trebek told “GMA” host Robin Roberts.

Trebek said that hearing from cancer survivors has been an inspiration to him.

“I’ve had so many contacts from people who have survived cancer for 10 years, 12 years, 14 years,” Trebek said. “I am now a 30-day cancer survivor. I’m going to catch up to those other people.”

Trebek also discussed some of the tougher parts of treatment, saying that chemotherapy has induced “surges of deep, deep sadness” that have brought him to tears, and that he feels “weak all the time.” 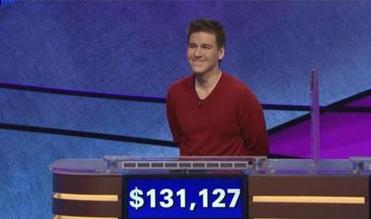 Q&A with ‘Jeopardy!’ champ James Holzhauer: strategy, nerves, and the best bet he’s ever made

“My oncologist tells me I’m doing well,” Trebek said, “even though I don’t always feel it.”

However, the “Jeopardy!” host said he remained optimistic that he would be ready to host the show again this fall.

“It is something that I am afflicted with. We are dealing with it chemically and spiritually, and those are positives,” Trebek said. “And hopefully everything is going to turn out well, and I’ll be back on the air with original programming come this September.”

Kevin Slane can be reached at kevin.slane@globe.com
Loading comments...
Most Popular in lifestyle
Real journalists. Real journalism. Subscribe to The Boston Globe today.