Sometimes we reduce history to condensed versions of the truth that leave out a lot of the story. This, for example, is what we remember of July 20, 1969: Neil Armstrong and Buzz Aldrin became the first humans to walk on the moon, and their every step was monitored back on earth by men dressed in white shirts and skinny black ties, tethered to headsets at NASA’s Mission Control in Houston.

But as we celebrate the 50th anniversary of the Apollo 11 mission this week, let’s remember something else: the thousands of women from Cambridge to California who helped make possible the trip to the moon. They did everything from developing Apollo 11’s in-flight software module to weaving copper wire for the spacecraft’s guidance system.

Let them no longer be hidden figures of history. Just like the Hollywood movie of the same name that told the stories of Katherine Johnson, Dorothy Vaughan, and Mary Jackson, three African-American women who worked at NASA’s early space program, we should get to know the women who were a critical part of Apollo 11. This anniversary, let’s remember the many women, including Annie Easley, Susan Finley, Margaret Hamilton, Helen Ling, JoAnn Morgan, Poppy Northcutt, and Saydean Zeldin . Some local companies, including Draper and Raytheon, are using their websites to highlight the women behind the launch.

Hamilton and Zeldin worked in Cambridge at the MIT Instrumentation Lab (later spun off to become Draper). Zeldin, an engineer with a degree in physics, joined the lab in 1966 when she was 26. She worked on the command module program responsible for turning the engines on and off; astronauts used the program to adjust their trajectory when they exited earth’s orbit or when they entered the lunar orbit.

“I actually had to formulate the equations that we were going to code,” Zeldin, 78, told me. 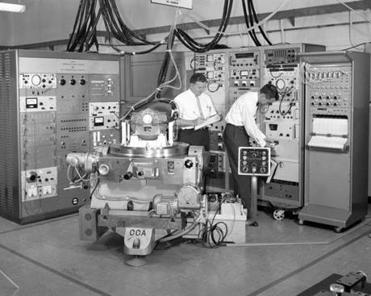 How Massachusetts made the Apollo 11 moon landing possible

The skill and diligence of hundreds of Mass. workers enabled the US to fulfill President John F. Kennedy’s pledge to put a man on the moon in less than 10 years.

Answering President Kennedy’s 1961 call to put a man on the moon before the decade was over meant it wasn’t unusual for people to work nights and weekends on the project. It also wasn’t unusual for them to bring their kids to the lab, especially on weekends. Zeldin and Hamilton brought their daughters.

Hamilton headed the software engineering division that developed the onboard flight software for the Apollo command and lunar modules. When her daughter Lauren visited the lab, she liked to play astronaut — she once pushed a button that caused its flight simulator to “crash.”

That child’s play had serious implications — Hamilton realized that an astronaut could make the same mistake. She made a change in the software so an alarm would sound if the computer processor became overloaded. It would then decipher whether the problem warranted aborting the mission.

Three minutes before Apollo 11’s lunar module was supposed to set down on the moon, an alarm did go off — Hamilton’s software was able to determine it wasn’t a major glitch and the landing procedure continued.

“Our astronauts didn’t have much time, but thankfully, they had Margaret Hamilton,” President Obama said in 2016 when he presented the Cambridge resident with the Presidential Medal of Freedom, the nation’s highest civilian honor.

While other women of the early days of NASA have recounted stories of sexism in the workplace, Hamilton and Zeldin were so focused on the space race they didn’t notice.

“Everyone seemed to work together,” Zeldin recounted.

In a 2015 Globe interview, Hamilton said this about being a female engineer: “Some things were more difficult for a woman then. Some are more difficult now . . . Things are still being done out of ignorance today, such as paying women lower salaries than men and relegating women most often to the lower positions in an organization.”

Nathalia Holt, author of “Rise of the Rocket Girls,” which chronicles the stories of women space pioneers, estimates that women comprised about 25 percent of the early space program, either working for NASA directly or indirectly through centers and labs.

Before the widespread use of computers, humans did the computing, and for a time manual math computations were considered women’s work. Some of these women were known as “computresses.” Back then, women studied math and engineering as if they were destined to be in these fields.

“It just reminds us that this is not something new,” Holt said. “This is something women have always been a part of and should be a part of it today.”

Poppy Northcutt was one of the computresses, and in the 1960s she became the first female engineer at Mission Control. Her specialty: writing code to help astronauts return to Earth. The day Apollo 11 lifted off, JoAnn Morgan was the lone woman in the launch firing room at Kennedy Space Center in Florida. Her job: instrumentation controller for Apollo 11.

Also in Florida were Zeldin and her family, who were invited to watch the launch at Cape Canaveral. She was close enough to feel the ground shake. Zeldin said she and her colleagues were sure Americans could land on the moon.

“We were confident it was going to happen,” she said. “The only time it was a little scary when it was actually happening.”

The importance of telling these women’s stories can’t be overstated. Just ask space scientist Laurie Leshin, president of Worcester Polytechnic Institute. Too young to remember the moon landing, Leshin was drawn to NASA’s Viking missions to Mars in the mid-1970s. The red rocks of the planet reminded her of the desert in Arizona where she grew up.

“I loved space. It never occurred to me you could have a job in the space program,” Leshin said. “That changed for me in college when seeing Sally Ride doing her shuttle ride.”

That wasn’t until 1983, when Ride became the first American woman in space. Leshin did a summer internship at NASA and went on to study meteorites and space rocks, earning her PhD in geochemistry at Caltech.

“For women of my generation, the hard part was not having a lot of role models,” said Leshin, who also worked at NASA.

The women who got the most attention in the early space program were the astronauts’ wives, who were portrayed as accessories to their husbands.

“Now it’s really important to know about all the hands and minds that made Apollo successful,” Leshin said. “We need that diversity, and we need people to see themselves in space exploration because we’re going to need all of them to succeed in the future.”

That’s perhaps the biggest lesson of the American moonshot. That doing something big and impossible will require contributions from all of us.