I want my Red Line back.

For more years than I care to disclose, I have relied on the T’s most traveled subway line to commute to work from Dorchester.

Sure, there were trips delayed by mechanical problems, signal failures, medical emergencies, and the dreaded police action. But with rare exceptions, we are talking an extra 15 or 20 minutes. Despite all the complaining and tales of commutes from hell that I heard from others, I considered myself a satisfied customer.

Until a month ago. That’s when a derailment near JFK/UMass Station took out a section of the Red Line’s signaling system.

Ever since, my 20-minute morning ride from Shawmut to Downtown Crossing can take 45 minutes. In the evening, I won’t even bother leaving work until 7; I just can’t bear waiting up to 20 minutes for an Ashmont train, only to find it too crowded to get on. Worse, there’s no way to know how long it will take the next one to make its way the “seven stops” advertised by the platform arrival monitor. 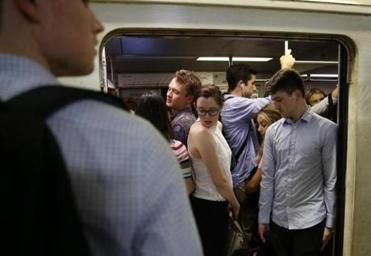 Confessions of a Red Line defector

Since the June 11 derailment, I’ve avoided the T — even if it means sitting in traffic.

I’m mad as hell, but I am not defecting, as some other Red Line riders have. (I’m looking at you, Shirley Leung.) I’m going to stick it out, taking deep breaths and doing a crossword puzzle on my phone when we sit (and sit and sit) at Andrew for the train ahead of us to clear the next station.

Cost is one reason. Parking downtown runs anywhere from $20 to $40 a day. A cab or an Uber is about $20 each way from my house.

There is also this: Reliable mass transportation is essential to Boston’s future. If we slink off to our cars — owned or hailed by an app — there will be fewer angry voices demanding action from the MBTA and the State House. We hold the moral high ground when we berate the T on Twitter and Instagram from packed platforms and overcrowded buses.

There is something deeply disconcerting about an infrastructure failure. Whether it’s a collapsed bridge, a blackout, or a broken levee, our world suddenly feels less permanent, less safe. Is it a temporary inconvenience or a sign of worse things to come? We are, I fear, just a disaster or two away from living like Mad Max.

OK, the Red Line’s meltdown isn’t the beginning of the end of civilization as we know it. But it is another symptom of our state’s failure to adequately plan for the future. There are bigger problems: income inequality, racism, political polarization, to list just a few. But that doesn’t mean our leaders are off the hook.

Neither are we. We need to keep the pressure on even after the Red Line gets back to normal. We need to push for innovative solutions that holistically address the rails, the roads, and climate change. And we need to be willing to pay more in taxes to help finance upgrades.

So get back on the subway and don’t stop making a stink until they Fix it Now.