I love working. I love being a mother. But being a working mother, well, there are many days I would not wish that on my worst enemy.

In the mornings, I am up an hour before my kids, checking e-mail, tweeting, or getting a headstart on a column. In between, I’ll do a load of laundry or two.

When the kids are up, it’s 90 minutes of chaos getting them ready for school. Breakfast, changing of clothes, brushing of teeth, and out of the house. One hops a bus, the other I walk or drive to school.

It’s not even 9 a.m., and now my other full-time job kicks into high gear.

My husband and I are in the thick of parenthood with two boys, 5 and 7. Nobody warned us how difficult this would be, to raise kids and to hold a job, as if once the truth got out there, no one would ever procreate. 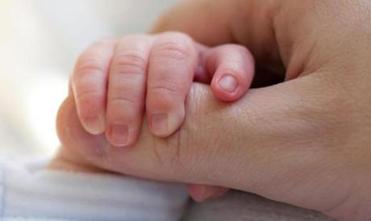 Four books on the truth about motherhood

A spate of recent books seeks to offer a clear-eyed look at the joys, fears, and frustrations of being a mother.

I have a husband who cooks, grocery shops, and takes out the trash. I can also afford a constellation of sitters and cleaners. But you can’t outsource everything.

Much of the rest often falls on mothers: parent-teacher meetings, doctor appointments, play dates, after-school activities, early-release days, birthday parties, vacation plans, and summer camps. Who needs an Excel spreadsheet? A mom has it all in her head.

There’s even a term for this. It’s called the “mental load” of parenthood. Bright Horizons, the Watertown day care chain, conducted a study last year of 2,082 working parents and found that 86 percent of the women said they handled the majority of family and household responsibilities.

Even women who are the primary salary earners do more. According to Bright Horizons, breadwinning women in married households are three times more likely than breadwinning fathers to track children’s schedules and make sure they get to activities and appointments.

Somehow having it all means doing it all. This is why working mothers get called “Wonder Woman” or “Superwoman.” Please, there’s something wrong if women have to possess superhuman powers just to get through our day.

This Mother’s Day, all I want is the next generation of working mothers to not have to do it all. My hope is that this country will treat raising children as a public good, not our own private grind to endure. That everyone will have access to affordable, high-quality child care and paid parental leave, and that all of corporate America will have family-friendly policies to support the notion that you can be a good parent and a good employee. That men won’t feel the social stigma of taking on more household responsibilities and pulling back on their careers to spend time with family.

Which brings me back to why, as harried as I am, I stay a working mom. Sure, my husband and I need the dual income to afford the high cost of living in Massachusetts.

But what keeps me going is the belief that we need women in the workplace to drive change. Women in management, women in the corner office, women in the boardroom. A big reason why I launched my column five years ago was to highlight how and why we need more women in charge.

Consider what our male-dominated world has wrought: the fatherhood bonus and the motherhood penalty. Parenthood generally boosts the earnings of men, while women’s pay declines.

‘WE do it because it won’t last forever.’

Michelle Budig, a sociology professor at the University of Massachusetts Amherst, tells me that women earn 7 to 8 percent less per child compared to before they became parents. Working men, on the other hand, see their salaries go up over 6 percent after they become fathers.

Part of the gender wage gap is due to the fact that women reduce their hours or drop out for a period, but Budig doesn’t believe that’s the primary factor. Discrimination or unmeasured productivity differences are likely in play.

“If we thought about it, we would make the social investments to support families who are both trying to provide care and economic resources to their kids,” Budig said.

As hectic as my days are as a working mom, I wouldn’t change any of my choices. Nor would Katherine Hays, a Boston tech entrepreneur on her second company and a mom of three.

She and her husband, an insurance executive, have a clear division of labor and take turns being the “lead parent” — the one, for example, picking up a sick kid in the middle of the day. Non-negotiables in their schedule are sitting down as a family for breakfast and dinner every day. They have a son who is 8 and twin daughters who are 6.

After dinner and baths, Hays puts in another work shift from 7:30 p.m. to midnight. It makes for a long day, but what drives her every day is the belief that her company, Vivoom, will change the advertising industry and that the tech world needs more female leaders and role models.

“If not me, then who?” said Hays, Vivoom’s cofounder and CEO.

But as much as Hays has figured out being a working mom, she acknowledges this isn’t the way it should be. Women shouldn’t feel the pressure to choose between work and family.

“It can be much better,” said Hays. “A lot of women drop out. I don’t know if all of them would drop out if there were better policies in place and they could balance it better.”

Work gives many of us purpose, but so do our kids. That’s why many working moms don’t want to have to choose between the two. Sometime we need a little perspective on why the juggling act is worth it.

“Because in the end, it’s a blast. The kids are more fun and inspiring than we had hoped, and, since I’m a little older than you I can say this. . . . Don’t blink. My oldest is applying to college next year,” wrote Juliette Kayyem in an e-mail.

Look up ultra-busy mom in the dictionary, and you’ll find Kayyem, former gubernatorial candidate, former homeland security official, and former Globe columnist, who now is the CEO of startup Zemcar and a CNN contributor. And oh yeah, mother of three — 12, 14, and 16.

“To say that this moment in time of my life and marriage — with kids at home — goes by in a flash is an understatement,” she added. “WE do it because it won’t last forever.”