The premiere New England cinema event, the Independent Film Festival of Boston (April 24-May 1, at various venues) offers an early look at many of the most important films of the year. Especially documentary features, nearly 30 of which are screening. Here are four to get you started.

Austyn Tester, 16, wants to escape his benighted hometown of Kingsport, Tenn., and find fame and fortune via his self-promotional videos on social media. His lack of discernible talent does not pose an obstacle, as others have hit the big time by just lip-synching pop songs, sweet-talking the mostly pre-teen girls who follow them online, and going on meet-and-greet tours where hundreds of fans scream and swoon.

All it takes is Justin Bieber-ish cuteness, persistence, positivity, and a manager like 21-year-old Michael, who grooms a stable of diva-ish stars in his swank LA home, when he’s not browsing the shops on Rodeo Drive. Michael takes on Austyn as a possible property and the bumptious naïf thinks his dreams may be coming true.

Garret Price’s “Love, Antosha” (April 27, 4 p.m., Brattle Theatre) features a star who actually has talent, Anton Yelchin, who made 69 film and TV projects (perhaps most famously as Chekov, in J.J. Abrams’s revival of the “Star Trek” franchise ) before he died, at 27, in 2016 . 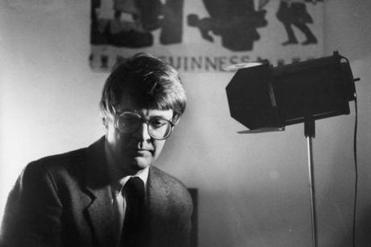 Ty Burr: What to look for at IFFBoston; farewell to David Kleiler

The festival is the best on the local film scene; Kleiler helped create that scene.

Yelchin’s life story itself would make for a fascinating feature film or HBO mini-series. He was born in what was then the Soviet Union to a pair of champion figure skaters who defected to the United States. As he grew up he demonstrated precocious talent as an actor, filmmaker, and musician, making his TV acting debut in 2000, on “ER.” His diary, read in voiceover by Nicolas Cage, reveals a febrile imagination, a voracious and sometimes dark curiosity, and a compulsion to achieve. He knew his time was short because he suffered from the progressive and incurable disease cystic fibrosis. In a cruel irony, it was not the disease but a freak accident that claimed his life.

The subjects in Mike Scholtz’s morbidly whimsical documentary “Riplist” (April 27, 9 p.m., Somerville Theatre) would no doubt see Yelchin’s death as tragic, but also as a missed opportunity to score a point in their annual competition. At the end of each year this group of Fargo, N.D. friends gather to “draft” a list of celebrities (the definition of which is a frequent subject of debate – does a New Zealand “soccer legend” count? An obscure Indian politician?) they predict will die by the end of the year. The correct guesses are tallied, and the winner’s name added to a tiny trophy topped by a miniature funeral urn.

The resemblance of their game to a similar, more sinister one in the 1988 film “The Dead Pool” is acknowledged by a film clip in which Clint Eastwood’s Dirty Harry describes it as “pretty sick.” (Eastwood, now 88, was not drafted in the 2017 contest recorded in the film). But the participants in “Riplist” claim a benign motive behind their contest, a desire to acknowledge and memorialize the achievements of those who die. When asked what they believe happens after death, their only certainty is that somebody might get a point for it.

Bill Lichtenstein’s “WBCN and The American Revolution” (April 27, 7:30 p.m., Brattle, followed by a Q&A with the filmmaker and subjects from the film ) deals with a death of sorts — the passing of a local countercultural institution.

Some might recall the moment when the title FM radio station debuted on March 15, 1968, by playing the Cream tune “I Feel Free.” After this debut WBCN quickly became the place people tuned in to for a first exposure to the most progressive rock of the ’60s and ’70s and the latest political developments of that turbulent period. Charles Laquidara, Danny Schechter (“The News Dissector”), and J.J. Jackson — among the many on-air personalities and others interviewed in the film — became familiar voices that rallied spirits, aroused indignation, and spread subversive mirth. The station not only spearheaded cultural and political change but helped establish the careers of such rock and roll icons as Bruce Springsteen, Lou Reed, and Patti Smith.

Lichtenstein’s film captures the station’s rollicking spirit and free-form style by mixing rare archival clips, photos, and recordings with talking heads (not the band, unfortunately), ranging from former Red Sox southpaw Bill “Spaceman” Lee to the radical polemicist and linguist Noam Chomsky. Perhaps it could have dwelled more on the station’s fate during the general decline of pop culture and music after an upsurge of creativity and idealism, but reliving its idealistic “revolutionary” origins might stir some of that old passion at a time that could certainly use it.

The celestial objects of the title in Gürcan Keltek’s“Meteors” (2017), an impressionistic, poetic documentary about the ongoing conflict between Turkish soldiers and Kurdish rebels, don’t arrive until near the end of the film. By then they are haunting reflections of the clashes already depicted in somber black-and-white video, found-footage images which are themselves prefigured by earlier video of hunters stalking ibexes and of villagers celebrating with fireworks their initial revolutionary fervor. But the celebrations are short lived, as they are followed by death, destruction, and repression; and the falling stars seem harbingers of more disasters to come. Haunting and elegiacal, “Meteors” is a reminder of a human rights disaster that has been all but forgotten.

“Meteors” screens on April 22 at 7 p.m. as part of the DocYard series at the Brattle Theatre. A Q&A with the filmmaker via Skype follows the screening.

Peter Keough can be reached at petervkeough@gmail.com.
Loading comments...
Most Popular in arts
Real journalists. Real journalism. Subscribe to The Boston Globe today.